Girona shows its character against Rayo

The League break has not broken the good dynamics of Girona, which has already gone five games without losing, with 9 points added from the last 15. 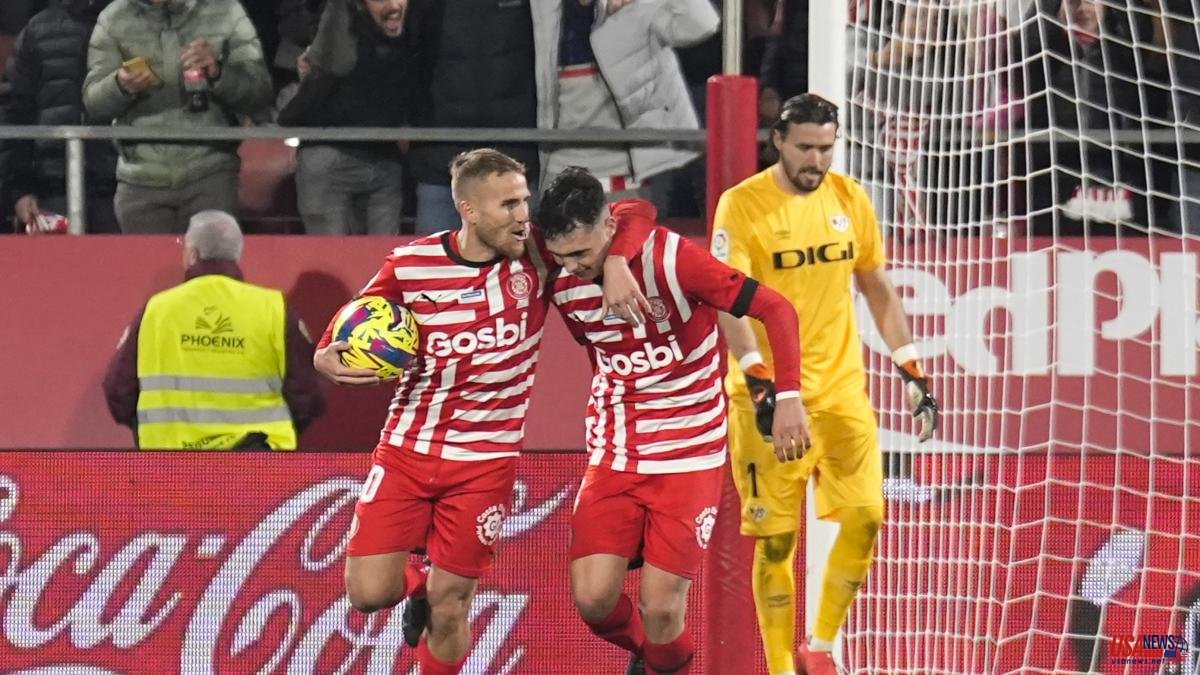 The League break has not broken the good dynamics of Girona, which has already gone five games without losing, with 9 points added from the last 15. The people of Girona achieved a very worked draw against Rayo thanks to two penalties converted by Taty Castellanos and Samu Saiz, and that they served to equalize an exciting duel in which the people of Madrid were almost always ahead. Once again, Girona's defensive errors put them in trouble again.

Things did not start well for the people from Girona because when the game had not even woken up, at minute 1, a bad transfer by Miguel Gutiérrez with his head, looking for the goalkeeper Gazzaniga, enabled Sergio Camello to score the first goal. Camel continues to easily see the goal and in Vallecas everyone is rubbing their hands thinking that Raúl de Tomás will still have to be added to the list of attackers.

Seeing themselves with the score in favor, Rayo picked up lines and Girona waited behind, completely ceding the baton of the game to the rival. However, the locals did not put goalkeeper Dimitrievski in excessive trouble until after half an hour a tackle on Ivan Martín was indicated as a penalty at the request of the VAR, after Figueroa Vázquez had not seen anything with the ball in play. Without Stuani on the field, Taty Castellanos took responsibility and equalized with a focused and powerful shot.

Before the break and in the middle of a monologue from Girona, Castellanos himself could have scored the second but his header was saved providentially by defender Mumin.

Girona's dominance continued at the start of the second half and once again Castellanos put Dimitrievski to the test with a long but dangerous shot after picking up a ball from midfield.

The locals were doing more numbers to settle the balance but another defensive error by the Girona team when the ball was released allowed Isi to put Rayo ahead again with a placed shot.

Even Unai López, in the next play, was about to make the sentence but Gazzaniga pulled out a decisive hand to keep Girona with options.

These options came with a quarter of an hour to go when the people from Girona found themselves with another penalty in their favor for some hands inside the Madrid area that intercepted a shot from the indefatigable Castellanos. On this occasion Samu Saiz, who had just entered the field of play, is the one who tied the game.

With one minute to go, the three points could have stayed with Montilivi if Dimitrievski hadn't saved Rayo after a great header from Stuani, who had just entered the final minutes in Castellanos' place. And already in added time, Girona made the third but the referee annulled it for David López's previous offside.

Incidents: Match of the fifteenth day of LaLiga Santander, played at the Estadi Municipal de Montilivi before 11,451 spectators.