The Minister of Economy of the Generalitat, Jaume Giró, acts oblivious to the acute crisis that prevails within the Govern due to the differences between ERC Junts regarding the independence strategy. 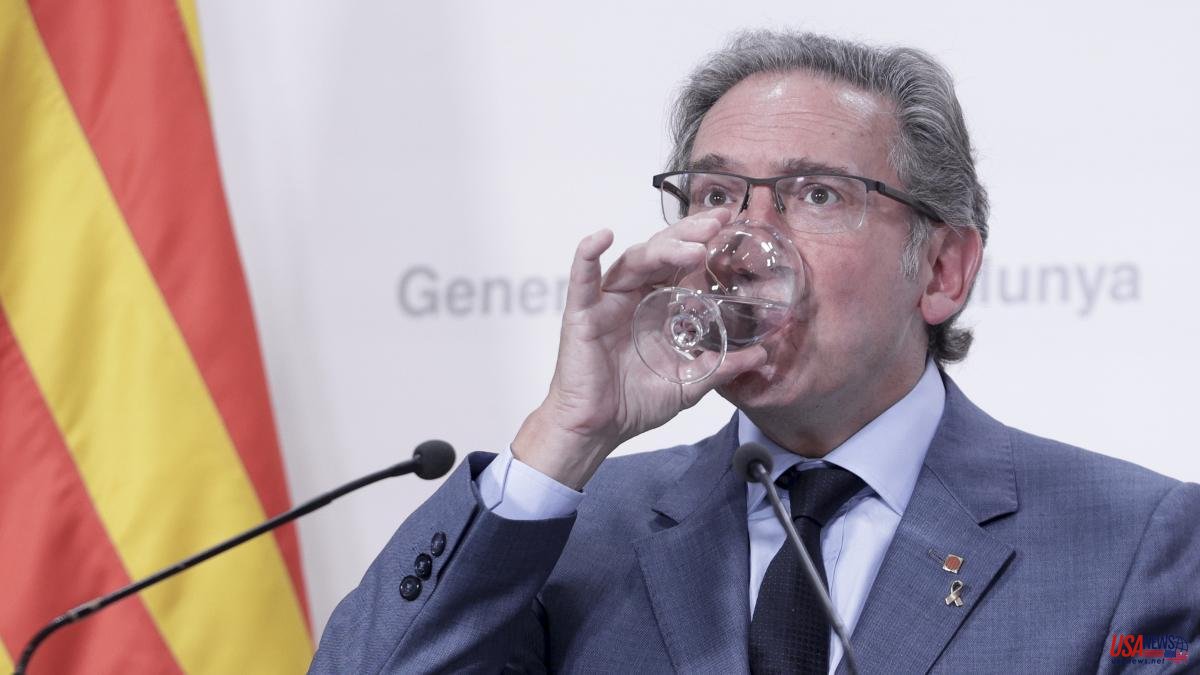 The Minister of Economy of the Generalitat, Jaume Giró, acts oblivious to the acute crisis that prevails within the Govern due to the differences between ERC Junts regarding the independence strategy. So much so that this week he has already held two meetings with the potential partners with which to approve the next budgets: PSC and En Comú Podem. With the Socialists, the meeting took place this Wednesday afternoon, while the "tense" summit in Pedralbes between the partners of the Catalan Executive was still being held.

The meeting between Giró and the spokeswoman for the PSC-Units parliamentary group, Alícia Romero, took place in the minister's office late in the afternoon, as confirmed by socialist sources, and Romero herself has assured that the meeting was fruitful and that the person in charge of Economy summoned them to keep in touch and repeat new meetings.

Romero explained from the Parliament that the meeting "was cordial" and that they discussed the new budget framework, which has improved substantially thanks to an increase of 10.5% (3,100 million euros) in the spending ceiling. But the socialist leader has indicated that they did not go into details, but that she tried to find out if the minister was really for the work of obtaining the support of the PSC for the accounts, given the rejection that the ERC has expressed to this arithmetic.

But this is not the only meeting that the minister had scheduled for this week. He also had one pending with the commons, of which details have not yet been publicly released. As La Vanguardia has learned, the meeting between Giró and Jéssica Albiach's men would also have already taken place, "and before" the one that the minister held this Wednesday with Romero. However, the same sources justify the secrecy about this meeting by an agreement with the Government not to divulge dates.

In fact, the talks with the purple party are more advanced than with the socialists, since there have already been contacts and meetings between Economy and the commons on previous occasions; in July, August and September.

Albiach's formation would like to formally initiate negotiations to show that they are the preferred partner of the Government against the PSC. That is why they have already proposed a specific framework to negotiate the accounts with four conditions, among which are a massive plan for solar panels, not lowering taxes on high incomes and a shock plan "so that no one is left behind" in the face of the crisis of inflation.

The commons have the complicity of the republican party and the president himself, who opt to repeat last year's arithmetic, but the reluctance of the post-convergent part of the Executive makes Giró want to also explore the path opened with the socialists with the aim to “cheaper” the budget agreement.

Giró's contacts to seek parliamentary support for the accounts despite the internal crisis of the Government are positively valued by the Socialists. Romero has pointed out that “what Giró does is try to govern. He does what he plays”, he concluded. In the same way that the intense meeting between the senior staff of ERC and Junts this Wednesday should serve, according to Romero, to solve problems. “If they serve to solve problems, they should do as many as they need, but they should govern and approve important things”, he has summoned.

But the situation in the Catalan Executive is critical, to the point that no one rules out a definitive break. In such a case, the socialists assure that they will keep their hand outstretched to support the bills. "If the Government finally breaks up, our position will not change," Romero guaranteed.