The president of the Brothers of Italy, Giorgia Meloni, the great favorite to win the elections this Sunday, wishes that a victory for her party in Italy "can open the way to something similar also in Spain in a few months" with her ally, Vox, a party with which it has maintained a close link for years. 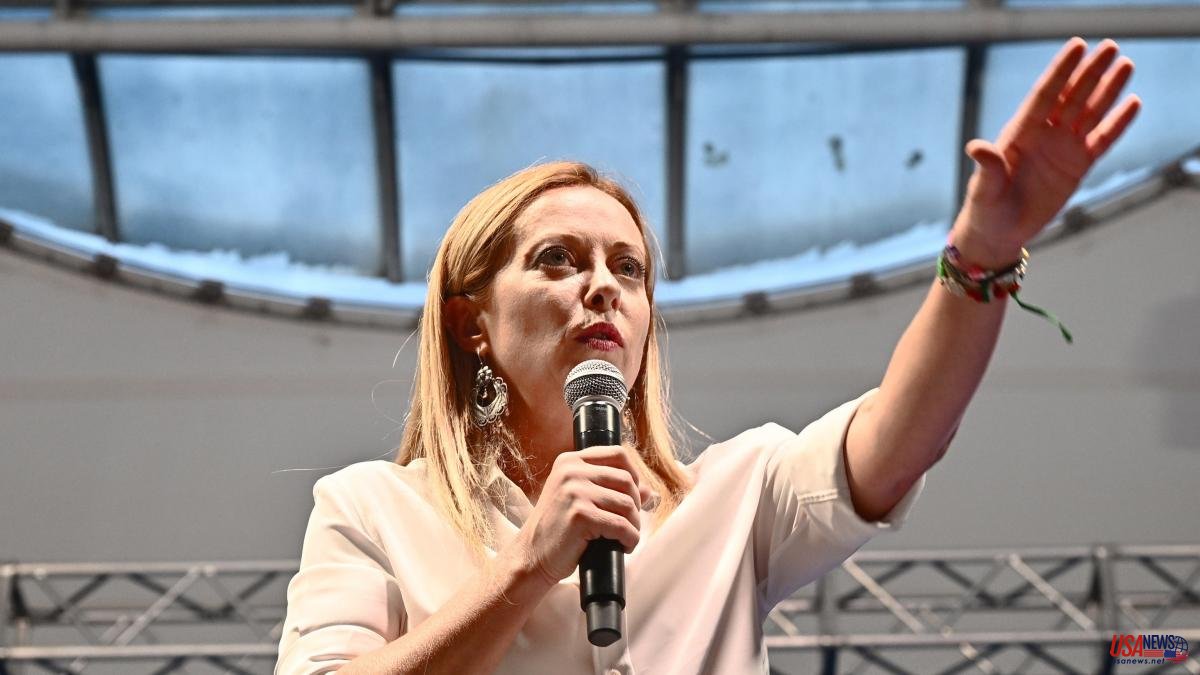 The president of the Brothers of Italy, Giorgia Meloni, the great favorite to win the elections this Sunday, wishes that a victory for her party in Italy "can open the way to something similar also in Spain in a few months" with her ally, Vox, a party with which it has maintained a close link for years. "In difficult times like the ones we are experiencing, the concreteness and pragmatism of the conservatives are much more effective than the ideological recipes of the left," she assured in an interview with the Efe news agency.

Meloni became known in Spain for the incendiary speech she gave at a June rally in Marbella, which she quickly regretted the tone of and which was used by her opponents on the Italian left to attack her politically. On this occasion, although she has received the support of Santiago Abascal, the Spaniard will not participate in any electoral act in Italy because the campaign has been "too short" and they have chosen to avoid foreign guests.

“I had a long phone call with Santiago Abascal, as often happens. We are united by mutual respect, friendship and loyalty –he continues, five days before the vote–. We are amused by the fact that in Italy the left uses Vox to attack the Brothers of Italy and in Spain the Brothers of Italy are used to attack Vox. Maybe we are not those monsters that count.

The harmony between both leaders is mutual, and they share ideals such as their rejection of immigration or their defense of the traditional family. Meloni is also the president of the group of European Conservatives and Reformists, of which Vox is a part, but also the Poles of Law and Justice. The Italian has invited several of the Vox leaders to her annual ultra-conservative political festival in Rome. She was also in Madrid last year at a party organized by the Abascal band.

The far-right leader spent the first part of the campaign trying to soften her speech to reassure Brussels and the markets. It was a smart move, like siding with the Ukraine in the conflict with Russia.

But this week he is raising the tone in what analysts see as an attempt to scrape votes from the League of Matteo Salvini, his ally and at the same time competitor. In the interview, Meloni underlines that his party "does not have an anti-European wing", but he does recognize that he is looking for "a Europe that does fewer things and does them better, with less centralism and more subsidiary, less bureaucracy and more politics".

As for Italy, he maintains that he wants to "give back [to the country] the role it deserves in the international context and better defend its national interests in the institutions of the European Union, as the Germans and French do very well, without anyone scandalize”.