Gianluca Vialli, the smile of Italy

It was impossible not to love him. 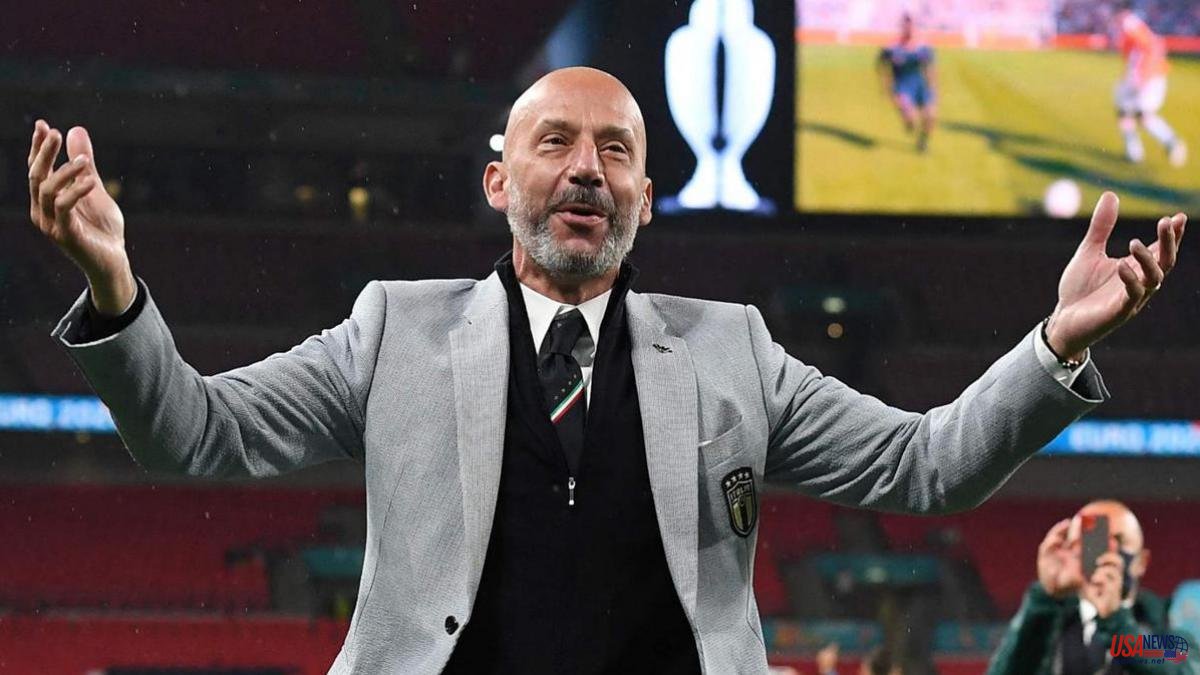 It was impossible not to love him." These words were written this Friday by Paolo Sorrentino, the Oscar-winning director of La gran belleza, on his Instagram account along with a photograph that had little to do with the seventh art. It was the figure of Gianluca Vialli, dressed in the Sampdoria shirt and sporting the unmistakable long hair that accompanied him during his early career. Hours earlier, Vialli's family (Cremona, 1964-London, 2023) had confirmed the tragic news of his death at the age of 58. With a remarkable track record, the mark left by the smiling Azzurri striker is much deeper than his titles, as confirmed by Sorrentino, a fan of Napoli, Vialli's always rival club.

The former soccer player had announced in 2017 that he suffered from pancreatic cancer, a first battle from which he emerged the winner. In fact, after many years away from football from within, his brother Roberto Mancini convinced him then to become the head of delegation of the Italian team. The twins of the goal, the pair of strikers who took Sampdoria to its highest levels, including the Wembley final against Barça after winning their first scudetto, met again and in 2021 they managed to lift the Euro Cup. The stamp of both hugging on the Wembley lawn is already part of the history of Italian football. “We will never forget that hug but, above all, we will never forget the man. You see with God Vialli, the Lion King in life and on the field”, highlighted Giorgia Meloni, Italian Prime Minister. Months after that European Championship, the cancer reappeared and this time it was lethal.

Vialli had a childhood that has little to do with that of most footballers. His father was a billionaire and grew up with his four siblings in the majestic Castello de Belgioioso, a 60-room building, very close to his native Cremona. In fact, his first steps as a professional were taken at Cremonese. At the age of 20, he already made the leap to Sampdoria, where he made a name for himself in the world of football and became international. In 59 appearances for Italy he scored 16 of the 259 goals he scored in his successful career. His biggest title came in 1996, already defending the colors of Juventus, when he won the Champions League against Ajax. Vialli would retire at Chelsea, with whom he would win a Cup Winners' Cup among other titles, and since then he has lived in London, where he met his wife.

He combined his farewell as a player with his managerial position at Chelsea, becoming the first Italian manager in the Premier League. Despite his successes, 5 titles in 3 years, he left through the back door. His last job on the bench was at Watford in 2002.