The German team made a good debut in the European Championship and, with one of its best versions, beat Denmark (4-0) in a duel in which it was far superior. 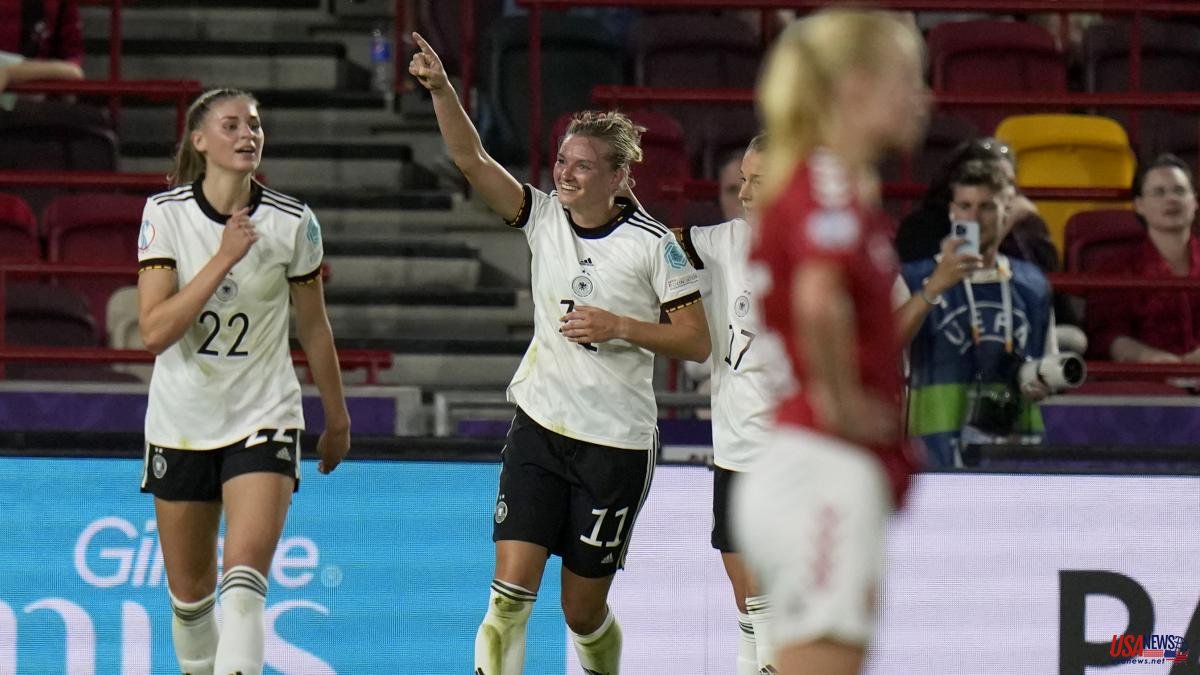 The German team made a good debut in the European Championship and, with one of its best versions, beat Denmark (4-0) in a duel in which it was far superior.

Despite being the debut of both teams in the tournament, this came with the transcendental vitola as they found each other in the group of another of the favorites like Spain, who had previously beaten Finland 4-1.

The importance of achieving victory seemed to be better understood by the Germans, who came out with the intention of imposing their law without conceding anything. Thus, the chances against the Danes continued, who had a faithful ally on the crossbar.

On two occasions the crossbar denied Rauch the goal in two shots from the edge of the box. Christensen also had his share of prominence by deflecting a Magull shot from the small area over the line.

On the other hand, she could not do anything shortly after to avoid the attacker's goal, who benefited from an error in the Nordics' ball exit to stand up in heads-up play and define with power. The target did not change the dynamic of the confrontation, although Denmark was able to equalize the result in an isolated action before the interval, a long shot by Brunn that Frohms cleared.

Far from slowing down on the return to green, Germany pressed even more in search of a success that would give them peace of mind. She found him on a corner kick that ended up pushing Schüller into the net. That blow ended up laying down the Danes, who offered little resistance until the final whistle. The rival took advantage of that to continue widening the gap. A lateral free kick combed by Lohmann landed at the feet of Lattwein, who sentenced with a strong blow.

And Popp, with a header after another assistance from Lohmann, put the fourth and final. An unbeatable letter of introduction before seeing each other in their next match against Spain that can decide first place.