Germany does not know, does not answer

As soon as the war broke out, Olaf Scholz declared the end of the pacifist policy that characterized the last half century in Germany. 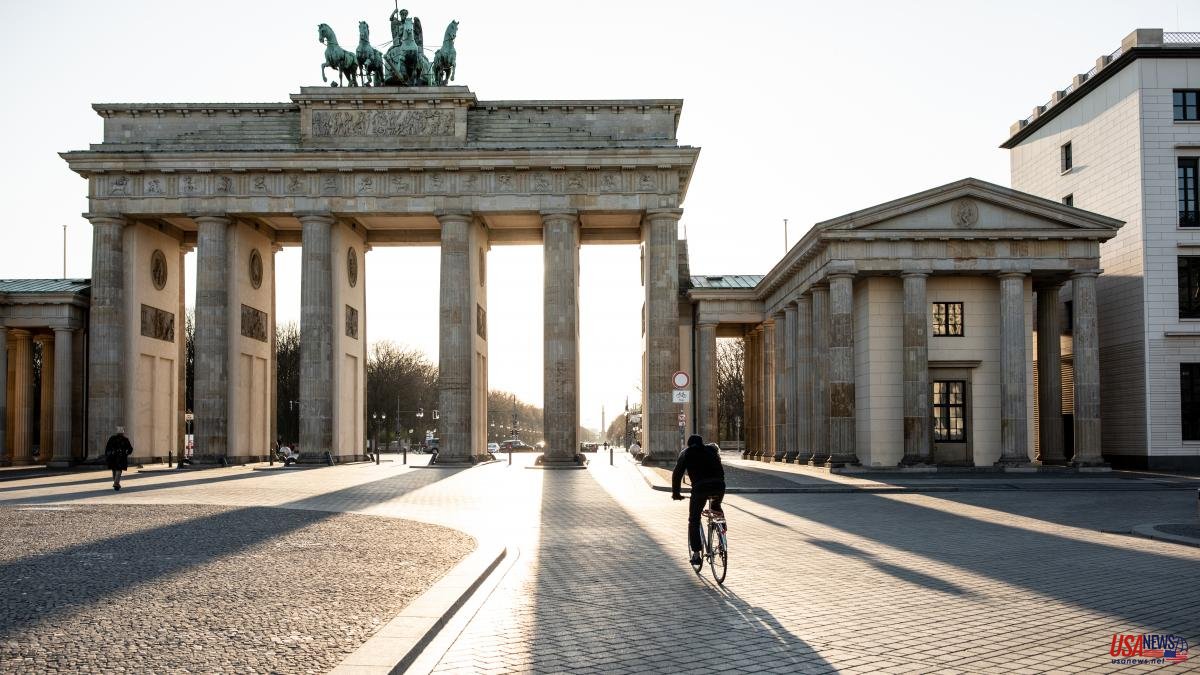 As soon as the war broke out, Olaf Scholz declared the end of the pacifist policy that characterized the last half century in Germany. Since that day, Berlin has been a silent actor in international politics, of which only the Atlanticism of the Greens stands out.

Joschka Fischer's career stands out on the tableau of recent European history. In the best tradition of student activism, he participates in the German '68 and '70 protest, where he flirts with violence. In 1982 he joined Los Verdes, where he heads the pragmatic wing that will lead this formation of assembly and anti-authoritarian roots to play within the system. In the stiff formality of German politics, this man dressed in jeans and sneakers, easy-talking and lackadaisical, triumphs on the streets and in the Bundestag. He ends up as Foreign Minister and number two in the red-green government of Gerhard Schroeder. In 2006 he left politics. He is invited to teach at Princeton and sets up a political consultancy, from which he advises governments, gas pipelines and large companies.

"If I had been from the CIA, I would have invested money and effort in that party," says an economist who knows Germany well over a plate of sushi and who expresses his perplexity at the dizzying transformation of the Greens. And it is true. They were born from the embers of Berlin's hostility towards the US occupation, but today their representatives exhibit an uninhibited and exceptional Atlanticism for what has been the history of Germany in the last half century.

When they were established in 1980, Die Grünen were like a burst of light within the darkness and paranoia in which German society and its political class were submerged. The origin, the traumatic weeks of the autumn of 1977, those that go from the kidnapping and murder of the industrialist Hanns Martin Schleyer by the Red Army Faction (RAF) to the strange death in the Stammheim prison of some of its best-known militants, Andreas Baader and Gudrun Ensslin. A year later, Rainer Maria Fassbinder, Volker Schlöndorff and a group of film directors will portray those terrible weeks in superb Germany in Autumn, half documentary, half funeral oration of that period.

The Greens break with all that, with the dynamic of terrorist misguidance on the part of the left. They bring together the cadres of the pacifist and anti-nuclear movement, involved in the protests against the installation of missiles on German soil, and give them a political horizon. They will evolve very quickly. Over the years, they will go from being an ecological and anti-war party to accepting conventional policies that they would never have imagined. The non-return occurred in 1999, when Fischer blessed the NATO intervention in Kosovo and the bombing of installations in which German aviation participated.

The Greens' eventful history reflects the rapidly changing history of Europe. The end of the Cold War and reunification upset the movement. The party grows, enters the parliaments of the lander. But it turns into a meritocratic party that votes for it, attracted by a political center that makes it look less and less like a European left-wing party and more like American liberals.

With the war in Ukraine, its leaders, in government with social democrats and liberals, have exceeded the expectations of the generation of pragmatists. Annalena Baerbock, Foreign Minister, has criticized Chancellor Olaf Scholz for his lukewarmness in the conflict between the West and Russia. Robert Habeck, writer, philosopher and vice-chancellor, has extended the life of two of its nuclear power plants and is in charge of the logistics to get American gas to German ports.

And while the founding fathers of the 1980s may think their children have given up on their origins, expectations smile on their face. The electorate adheres to his mainstream environmentalism (and to his energy realism in times of hardship). It is also the party preferred by women. The Greens are, in fact, the only voice heard in German politics today.

On February 27, three days after Putin's tanks entered Ukraine, Olaf Scholz appeared in the Bundestag and said that Germany had reached a point of no return in its relationship with Russia. The Zeitenwende. It considered closed half a century of foreign policy conditioned by its nature as an exporting power. Russia sold him cheap gas. China was the best customer in their industry. In both cases, Berlin acted guided by the conviction (or desire) that trade changes the nature of regimes, the Wandel durch handel. The reality has been quite different. Russia and China have not stopped being authoritarian.

Today Germany appears as a country whose project it has for Europe is unknown. What do you think of your position in the world? What will you do when the war ends and where do you think the new iron curtain should be drawn? She is quiet. Scholz, the brief. Scholz the silent.

The Anglo-American media accuse Germany of being Putin's useful fool. Angela Merkel has gone from statesman to fiasco. But the reality is that that period, that scheme, was good for Germany. She allowed him to leave Nazism behind and reinvent himself as an economic power. Europe would not be what it is without this policy either. Now all that is forgotten amid the thunderous American noise.

Germany has always had a hard time taking the lead in Europe. But the traditional power bloc - Social Democrats, Social Christians and big corporations - have gone mute. Only The Greens are heard. And what we don't know is whether this leading role is a reflection of profound changes in political culture or the result of the country's confusion in the face of war.