German Federal President Frank-Walter Steinmeier arrived in Kyiv on Tuesday morning on a surprise trip to Ukraine, his first visit to the country since the Russian invasion on February 24. 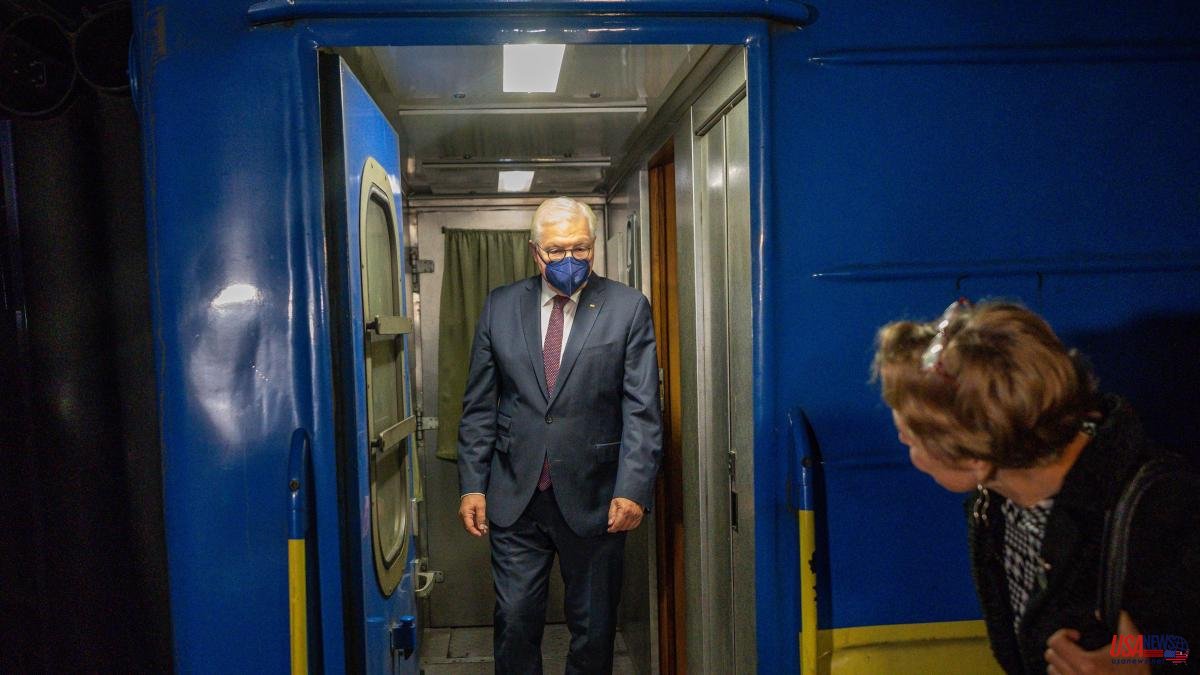 German Federal President Frank-Walter Steinmeier arrived in Kyiv on Tuesday morning on a surprise trip to Ukraine, his first visit to the country since the Russian invasion on February 24. This closes the disagreement between the Ukrainian authorities and the German head of state, whose visit last April was vetoed by the Ukrainian president, Volodímir Zelenski, due to Steinmeier's pro-Russian past. The German of social democratic origin already lamented months ago the mistake of having practiced that approach to Moscow.

“My message to the people of Ukraine is: you can trust Germany! We will continue to support Ukraine: militarily, politically, financially and humanitarianly,” Steinmeier said in a statement distributed by his press office. "I am looking forward to my meeting with President Volodymyr Zelensky in Kyiv and with the people of the north of the country, where I want to get an idea of ​​his life in the midst of war," Steinmeier added.

In addition to military support, Steinmeier's trip will focus on how to help repair the infrastructure destroyed by the latest Russian missile strikes — power grids, water pipes and heating — as quickly as possible before winter hits. The German president will lead with Zelenski the sponsorship of the twinning network of German and Ukrainian cities. "The more sponsorships there are, the easier it will be to get through the winter and build a European future together," the German president said in the statement.

The visit coincides with the celebration this Tuesday in Berlin of a conference for the reconstruction of Ukraine promoted by the German presidency of the G-7 in which the president of the European Commission, Ursula von der Leyen, also participates.

Steinmeier traveled to Ukraine by train via Przemysl, the Polish border town through which thousands of Ukrainian refugees, most of them women and children, have arrived since the outbreak of the war. In these months, 970,000 Ukrainians have arrived in Germany, many of whom remain in the country.