Gerard Deulofeu: "Now I understand why I didn't succeed at Barça"

Spending time with Gerard Deulofeu (Riudarenes, 1994) is finding a haven of peace. 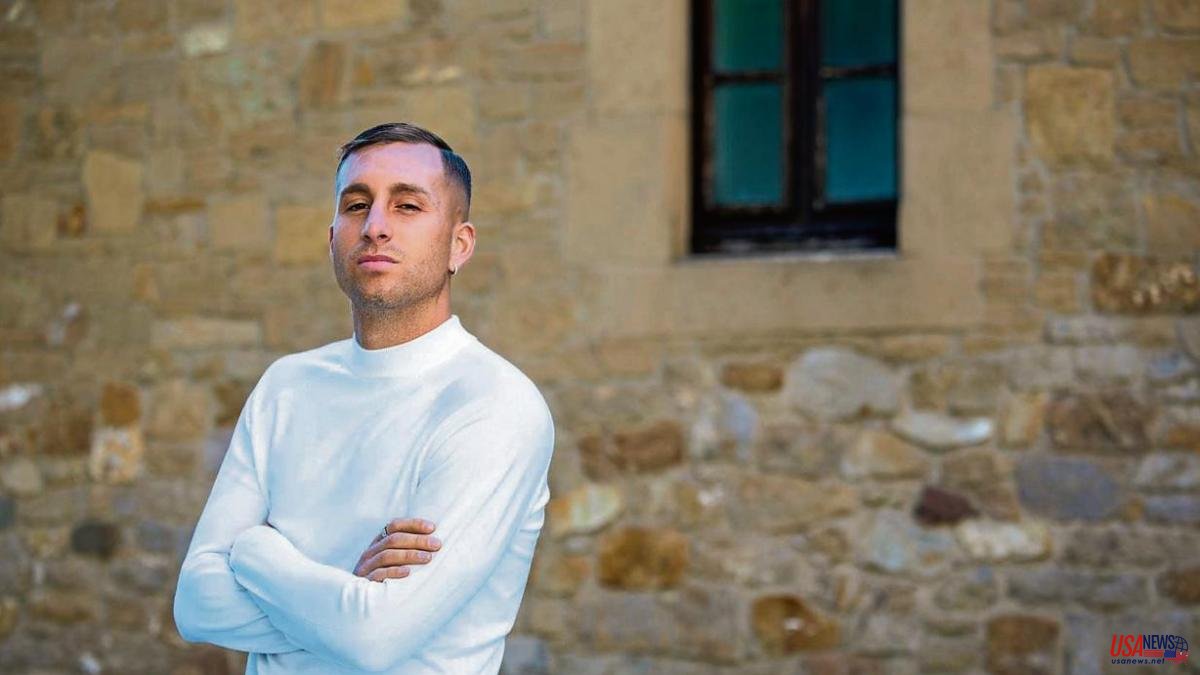 Spending time with Gerard Deulofeu (Riudarenes, 1994) is finding a haven of peace. He speaks in a soft and slow voice, as if he were a yoga instructor, but he has a powerful speech and very clear ideas. He joined FC Barcelona when he was only 9 years old and was destined to be a star, but things did not go as expected and he had to find a life outside of it. Now 28, he has learned from mistakes and is enjoying the best moment of his career at Udinese, third-placed in Serie A.

How is life in Italy?

It's my second season after being at Milan and I'm very happy. My family is also very happy in Udine, which is a very quiet city where you can put all your focus on preparing for the match. The truth is that things are going well for me.

It transmits a lot of peace.

I value the moment very much, it is not easy for you to be happy both in your personal and professional life.

That seems to be moving to the field...

I feel very well physically and I'm healthy, that allows me to compete at a good level, which is the best there is. I hope to continue like this.

What is the secret to be playing so well?

There is a lot of work on a physical level and on a mental level. After my two knee surgeries, if I hadn't worked on those two aspects, on organizing my life on a mental and personal level, I wouldn't be where I am now.

Two operations on the same knee...

It was tough, you lose a lot and the rivals are getting younger and stronger. As you are not savvy and work like a true professional they pass you over.

It seems that he is clear.

Yes, what I want is to go over my rivals and be better than them, and that's why I focus on taking care of myself.

He says it as if at other times in his career he hadn't been careful.

I have lived through different episodes in my life, both in football and on a personal level that have helped me learn and I have been able to find the way to be a more complete player and also to feel better as a person. Now I know what my team wants from me.

Is it your best moment?

I am very calm because on a personal level I am very happy and on a professional level I am also very happy where I am. I believe that only good things can happen to me because I have no frustrations. In my life there is only joy and love.

He gives a lot of importance to the mental factor.

For my team and for me it is the most important thing to be able to be at peace both at home and on the pitch, where it is very important not to have frustrations.

Did you have them before?

I see many athletes who are frustrated and it is one of the changes that I have made. After a lot of work, now I enjoy what I do. I have learned to remain calm in tense situations and that allows me to face things differently.

Now that you feel so good, what future challenges do you set for yourself?

Before, I looked to the future a lot and I was wrong, now I don't think much beyond the day to day. Before, I always thought about going to a bigger club, qualifying my team for the Champions League and things like that. But one of the lessons I have learned is that you have to appreciate where you are and right now in Udine I am having a very good season with my family. I am enjoying it.

The only thing I know about the future is that good things will happen to me. At the moment I'm in, the next four or five years are going to be the best of my career. You have to prepare the future but also let it come.

And in that future, is the selection a closed door?

Not at all, it is the ultimate challenge. Wearing the national team shirt at a World Cup or a European Championship would be the best for me and I work to make that happen. As well as I am, I think I'm closer. It is a door that I do not close, on the contrary, I open it and wait for it to arrive.

You have played in Spain, in Italy, in England... are three leagues as different as they seem?

The Premier is very different from everything else. Football in Spain and Italy is a bit more similar, although Serie A is still more defensive, with a lot of 3-5-2 and a bit of catenaccio behind, while in the League there is more attacking play. They are two very organized styles for that reason.

How different is the Premier?

In England you are driven by passion and there is much more lack of control, more disorganization. There is a lot of back and forth and more spaces are created, it is a much more physical league. And the very murmur of the fields pushes you, it's incredible.

For the fan, sure, for the footballer it's fun if you're physically fit because if you're not you won't be able to do these ups and downs.

Did you give it?

When I played for Everton I wasn't physically well, not at the level I am now, and at minute 50 or 60 of the game I was finished.

You didn't finish succeeding at Barça, is it a thorn in your side?

For certain things that I am beginning to see now and understand why they happened. But that is the past and in my day to day it is not something I think about. I focus on the present, from the past I have learned from my mistakes, from what happened, to be able to fix it and prevent it from happening again.

But what happened at Barça?

I was a very irregular player in matches, now I see that I should have focused more on preparing for matches, resting better and eating well. And also in fixing situations that happened in my life. These are things that I see now that I am 28 years old and that would have made me more regular, but you also have to understand that being so young it is normal for you to be a little irregular. Everything is part of a process.

What do you think when you see Pedri and Gavi already settled in Barça and in the national team?

Which is a scandal because they are very young. They play as if they were 28 years old and I couldn't experience that, so I know how to value it. I think there are people who don't value their age and if they play two bad games they criticize them. It's crazy what they're doing.

One of your best years came under Eusebio at Barça B. Have you kept in touch?

When I left the club we lost the relationship and I haven't been able to talk to him after what happened to him but my memory of those two seasons is incredible. It was very fun to play in that team, I had a great time. I have a very special affection for Eusebio and that time.