George Santos: the most deceitful politician in the world

Some leaders and public officials take a master's degree up their sleeve. 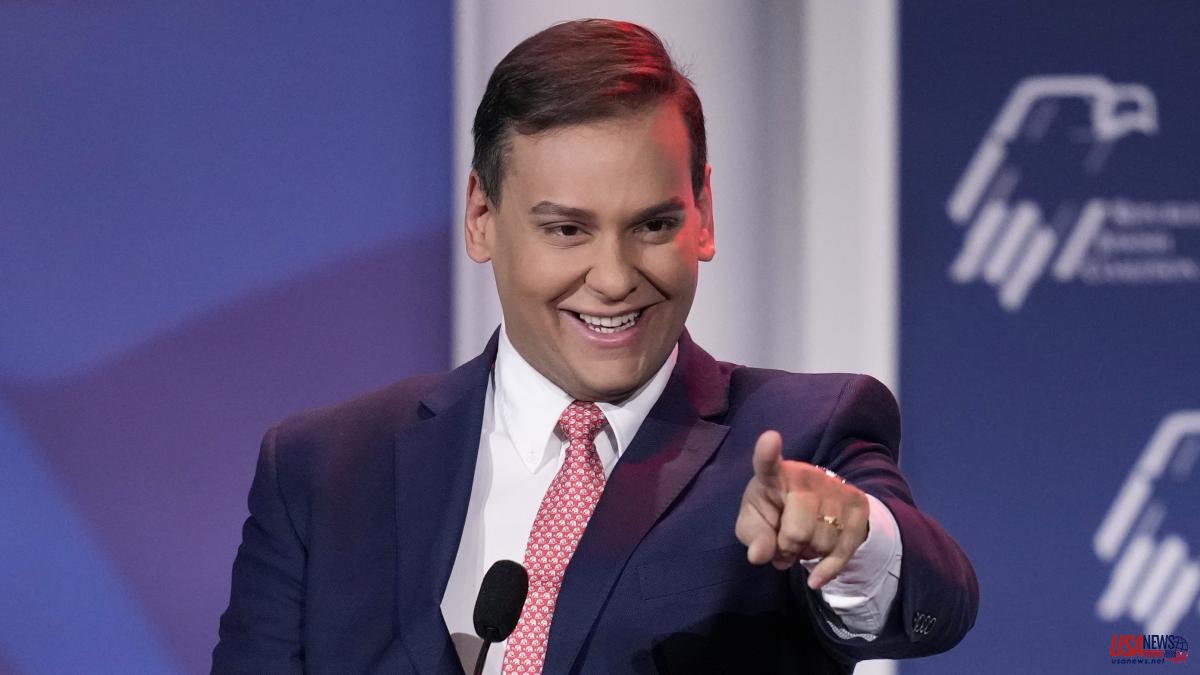 Some leaders and public officials take a master's degree up their sleeve. Others exaggerate their professional achievements. There are those who falsify their family origins. And there are those who hide profits and economic benefits.

The United States has just produced the true, one and only world champion of lying politicians: newly elected 34-year-old Republican Congressman George Santos, whose election as a member of the House of Representatives from New York brought welcome and unexpected joy to his party in the November 8 elections.

During the electoral campaign, Santos lied about each and every one of the aspects of his life and his past: family, religion, studies, professional career, philanthropic activities, heritage...

The congressman said he is Jewish, like his mother. And that his maternal grandparents, Ukrainian Jews, fled Nazi persecution during the Holocaust. However, his genealogical records show that both grandparents were born in Brazil years before the Nazis came to power in Germany. And his ancestors are not listed in the comprehensive refugee records at Yad Vashem's World Holocaust Remembrance Center. He himself, when the cake began to be discovered, clarified that he is Catholic. He added that he is "Jewish" in terms of heritage from his mother and had "never claimed to be Jewish." But he had said it.

On the death of his mother, last year Santos wrote two tweets that were incompatible with each other. In one he said he was a victim of 9/11, which can be interpreted as dying in or shortly after 2001: "9/11 took my mother's life... so I'm blocking so I don't have to go back to never read this again", he wrote in July 2021. Five months later, he placed the death in 2016: "This December 23 marks 5 years since I lost my best friend and mentor. Mom, you will live forever in my heart ".

Before the elections, the parliamentarian claimed to have graduated from the public university Baruch College in New York. But the center replied that it could not confirm the information. And, on Monday, Santos admitted it: “I did not graduate from any institution of higher learning. I am embarrassed and sorry for embellishing my resume,” he noted. But he ruled out resigning for that and for the rest of his falsehoods.

Another one of those lies was that he had worked for Citigroup and Goldman Sachs. Neither financier could find any records to verify it. He then clarified that he had "never worked directly" for either firm, and that he had made "a poor choice of words."

Santos also said that years ago he founded an animal rescue charity that saved more than 2,500 dogs and cats. It would be Friends of Pets United, a supposedly tax-exempt entity. And surprise, the US tax agency found no record of an NGO with that name.

Trickier is the mystery surrounding Santos's claims about his real estate holdings, as well as the $750,000 salary and more than $1 million in dividends he would have been receiving from his company, Devolder. Because there are no assets or customers for that company.

It does appear in public records that, when he was 19 years old, the young Santos stole the checkbook of a man his mother cared for in Brazil. According to court documents from that country published by The New York Times, the guy used the money to make purchases. And although in the end he confessed, the case was not fully resolved because he disappeared from the map.

Federal and district attorneys announced Wednesday the opening of different investigations into the falsehoods of the Republican representative, with special attention to his finances. It's about finding out, for example, where he got the $700,000 he contributed to his own campaign. He claims they come from his company, but both the donation and the company raise questions.

“The numerous fabrications and inconsistencies associated with Congressman Santos are simply staggering,” said New York District Attorney for Nassau County, Republican Anne Donnelly. She argued that "residents of Nassau County and other parts of the 3rd District (for which he ran) deserve an honest and responsible representative."

Until yesterday, neither Santos had given any sign of resigning nor had his party leaders demanded it. In contrast, the Republican leader in the Lower House and aspiring to preside over the body from January, Kevin McCarthy, maintained a thunderous silence on the matter.