genocide is not anything

The most notable difference between humans and other animals is that we have words. 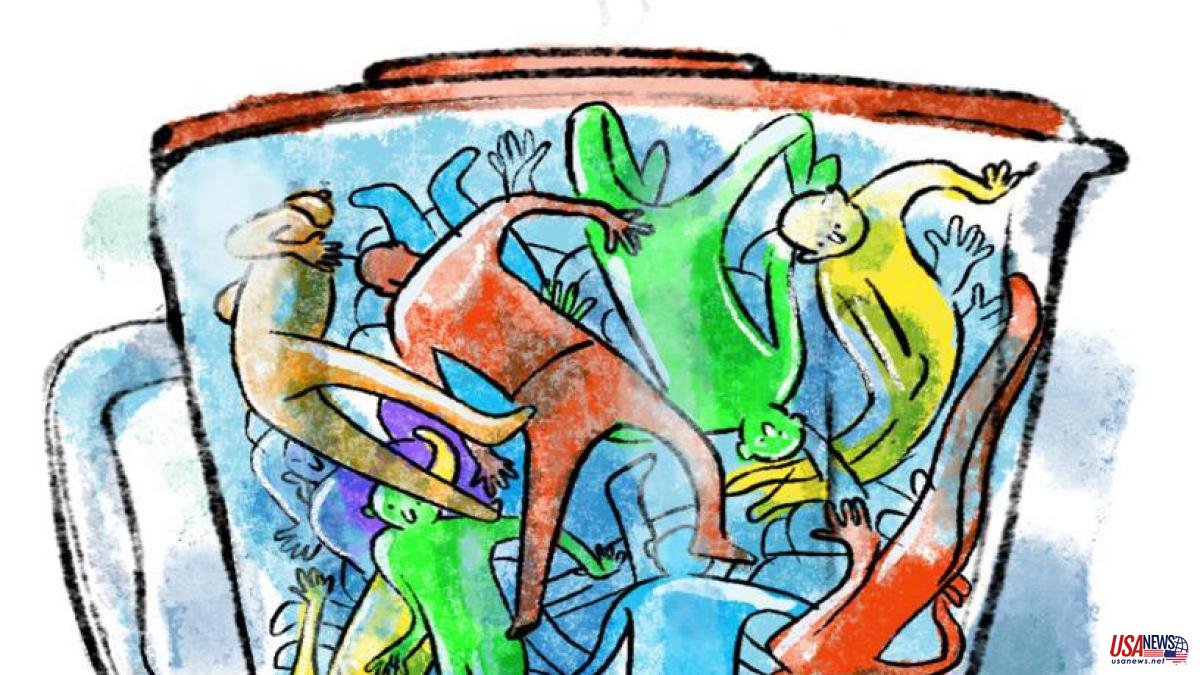 The most notable difference between humans and other animals is that we have words. As the Gospel said, in the beginning there was the word. At the very beginning, in the distant prehistory, they were used to identify plants and animals. And then, it is assumed, for inventions, such as spears to kill mammoths or knives to dismember them later.

Over time, the words were extended to the description of abstractions, such as feelings, insults or promises. This opened the way for us to politics, to seek supporters in one tribe and enemies in others. The bad news is that it made us more beasts than other animals, more likely to attack members of our own species. Our ancestors learned to use spears and knives for criminal purposes.

A recently created word is the one that defines the most serious crime of all, genocide. It comes from the Greek genos (race or tribe) and the Latin caedo (cut, kill). It was coined in 1943 by a Polish-Jewish lawyer named Raphael Lemkin to describe what until then had been "a nameless crime," the Nazi holocaust. If Lemkin were still alive, perhaps he would repent, so much has he abused his invention.

In 1948 the UN defined genocide as an act committed “with the intent to destroy, in whole or in part, a national, ethnic, racial or religious group”. He could have added "a social class" as well, such as the bourgeoisie or the peasantry, but the Soviet Union vetoed that. In any case, it is always about the extermination –or attempted extermination– of a clearly defined group, typically on a massive scale, without distinguishing between one individual or another. First and last names are irrelevant. The mere fact of belonging to the group in question dehumanizes you, which identifies you, in the eyes of the aggressor, as legitimate prey. Genocide is calculated and systematic. It is evil at its finest. So explosive is the word that when a politician uses it, it is automatically news.

Therefore, it must be treated with respect. It is not treated with respect. As a Nazi or Fascist, it's stupidly often used, which serves to minimize the horror it signifies and magnify tribal hatred. Joe Biden was the latest to add his name to the long list of people who have used it irresponsibly.

Last month, the US president called Vladimir Putin "a dictator who commits genocide." Is not true. The Russian president's war in Ukraine is many things, all bad. It is unnecessary, unjustifiable, absurd and cruel. It is a gratuitous crime against humanity. I would classify Putin as a serial killer, someone with mental disorders who kills to kill. Also, since he plays all the keys, like a fascist. But his personal war is not an attempt, not yet, to exterminate the Ukrainians from the face of the Earth.

In the last century or so there have been four cases of genocide accepted as such by the vast majority of historians. That of the Nazis; that of the Turks against the Armenians (a million killed for being Armenians, nothing more; that of the Tutsis by the Hutu regime in Rwanda (another million, just for being Tutsis), and that of Cambodia by the Maoist regime of Pol Pot, two million, for belonging to the urban bourgeoisie. Ukraine considers that it was the victim of another genocide, at the hands of the Soviets in 1932 and 1933. They call it the Holodomor, the death by famine, deliberately caused by Stalin, of between three and five million people If that is not genocide, it is something very similar.

What does not look like a genocide but has been called as such would be, for example, the case of the disappeared in Argentina during the military dictatorship from 1976 to 1982. It comes to mind because this week I saw a documentary in which refers to General Jorge Videla and his henchmen as "genocidal". The impulse to give the authors of “the dirty war” the strongest label there is is understandable. But that was not genocide. The victims were not annihilated in bulk. They were not selected because they were of Jewish, Polish, or Italian origin, or because they were members of the middle or working class. The kidnappers knew the name of each of them.

Both sides of the Spanish civil war have also been accused of genocide; to the United States for Iraq; to Israel and Iran; to Cuba and Nicaragua; the word has been used to describe slavery in the Americas or apartheid in South Africa. Mandela once told me that apartheid had been “a moral genocide”, the attempt to exterminate the dignity of an entire people due to the biological accident of the color of their skin. But he had the sense, the sense of proportion, and the good taste to recognize that there was no similarity whatsoever to the physical extermination of six million Jews.

The most offensive thing about the memory of the victims of true genocides is the frequency with which the word is trivialized, for which we can thank in large part the opportunity that social networks have given us to give more voice than ever. to human imbecility. Obama is a genocide, they shout; Bill Gates is; They are the president of Mexico, Andrés Manuel López Obrador, the Brazilian Jair Bolsonaro, the former Argentine president Mauricio Macri. And so, the accusations progressively more ridiculous, until reaching Pablo Iglesias, accused by Vox of being a genocide, and Santiago Abascal, accused by Podemos of being one too. In childish plan: "You are an idiot!". "Not you!". The bottom was reached, or so we hope, when we read in the media not long ago that Catalan independentists had accused the "Spanish State" of genocide, for God's sake...

Those using the word most enthusiastically lately are the Russian media. President Zelensky of Ukraine is a genocide, NATO is a genocide, everyone who is against Putin is a genocide. With these people there is no remedy. They live in a world upside down; since the words mean what they want, they lose all their value. The abuse of words eats away at the brain, which eats away at democracy. So let's stop now, shall we? And not only for political reasons: it irritates a lot that people use the wrong words.