General Sirski, a decisive "hero" in the Ukrainian offensive

Every war needs its heroes, with names and surnames, faces and eyes. 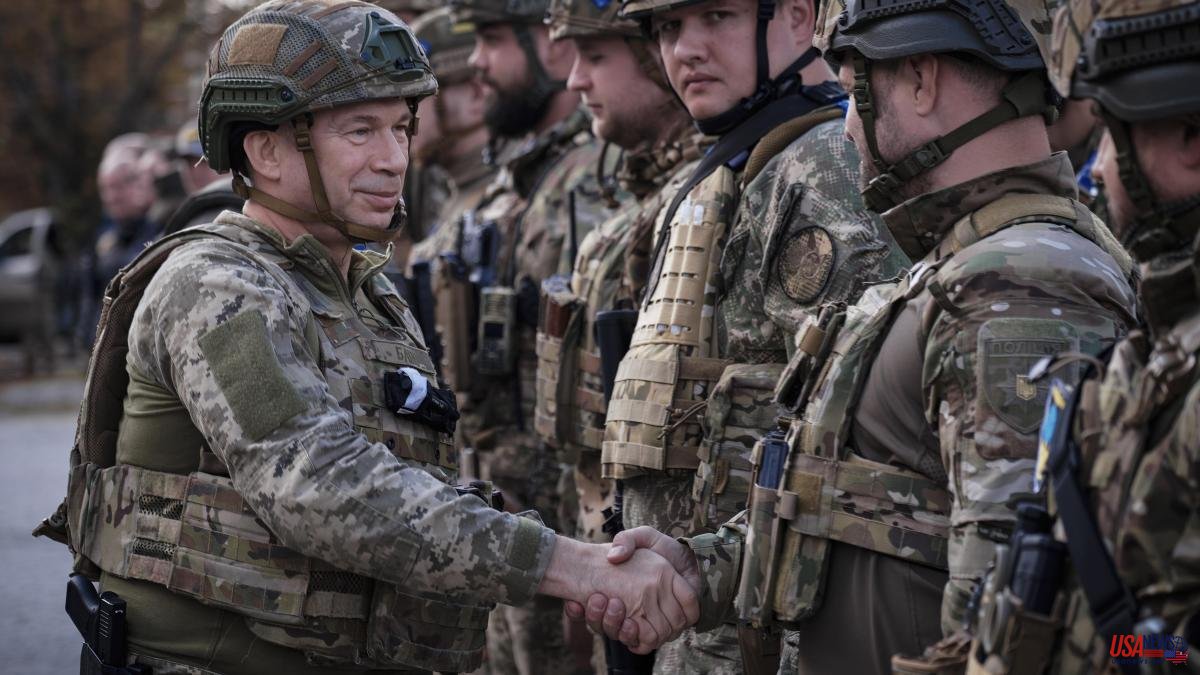 Every war needs its heroes, with names and surnames, faces and eyes. When it comes to resistance, soldiers like those who defended the Azovstal steelworks in Mariupol almost to the last breath. When it comes to showing the ability to change things, someone like General Olexander Sirski, who seems to be the man of the moment in Ukraine, although his greatest feat dates back to last March, during the battle of Kyiv.

This 57-year-old professional soldier is the man behind the spectacular counteroffensive in Kharkiv that just a month ago turned the situation around in northeastern Ukraine, liberating the region and threatening Russian troops in Donbass. Since taking the town of Balakliya (65 kilometers from the city of Kharkiv) on September 6, Sirski's troops liberated some 3,000 square kilometers in just five days, more territory than the Russians had occupied since April. , as assessed by the Institute for the Study of War. And in just five more days they arrived in Kupiansk, the main Russian logistics center in northern Ukraine.

Sirski has been attributed – not by the Ukrainian Ministry of Defense, but by some foreign media – as the author of this counteroffensive against the opinion of the General Staff of the Armed Forces, led by General Valeri Zaluzhni.

Be that as it may, this sector of the northeast had been a very important target for Ukraine for months. Izium –taken almost immediately after Balakliya– and Kupiansk made up the axis of the Russian army's supply logistics for the Donbass from the Russian city of Belgorod (north of Kharkiv). This advance was therefore essential. However, last summer Kyiv aired that its objective was in the south, in the Kherson region, and carried out important actions, such as cutting off the Dnieper river route and bombing targets in Crimea. But the north was not forgotten.

Perhaps the merit of General Sirski was detecting the right time and the right place –Balakliya– to do it. The targets in this area of ​​Kharkiv were within range of modern American Himar batteries, while sufficient counter-battery fire was not available on the Russian side. The Russians ended up fleeing. It should be noted that, in any case, the Ukrainian army had all possible intelligence and advisory resources from NATO allies, at whose headquarters Sirski himself was appointed liaison officer in 2013.

Almost nothing was known about Olexánder Sirski when he was appointed commander of the Army in May 2019 by decision of President Petró Poroshenko. He had studied in Moscow and after twenty years commanded the 72 Mechanized Brigade. At the start of the Donbass war, in 2014, he was on the General Staff but the following year, after participating in three battles, he led not an attack but a withdrawal , in Debáltsevo (Donetsk), against the pro-Russian rebels, which coincided with an unsuccessful meeting of the Minsk Quartet (Vladímir Putin, Petró Poroshenko, Angela Merkel and François Hollande). His was not the best of merits.

In February 2022, the colonel general (equivalent to army general in Spain, OF-9 on the NATO scale) had been commissioned to prepare the defense of Kyiv. No one, not even himself, as he declared in March to The Washington Post, believed in a large-scale Russian invasion, but in any case he made preparations as if he expected it, and with great authority: he had planes moved from their bases and –essentially– He placed generals in all sectors with full tactical autonomy, according to NATO doctrine. As we know, it was a success and President Zelensky decorated Sirski as a “Ukrainian hero”.