Youngest player to debut in a match for the Spanish team at 17 years and 62 days. 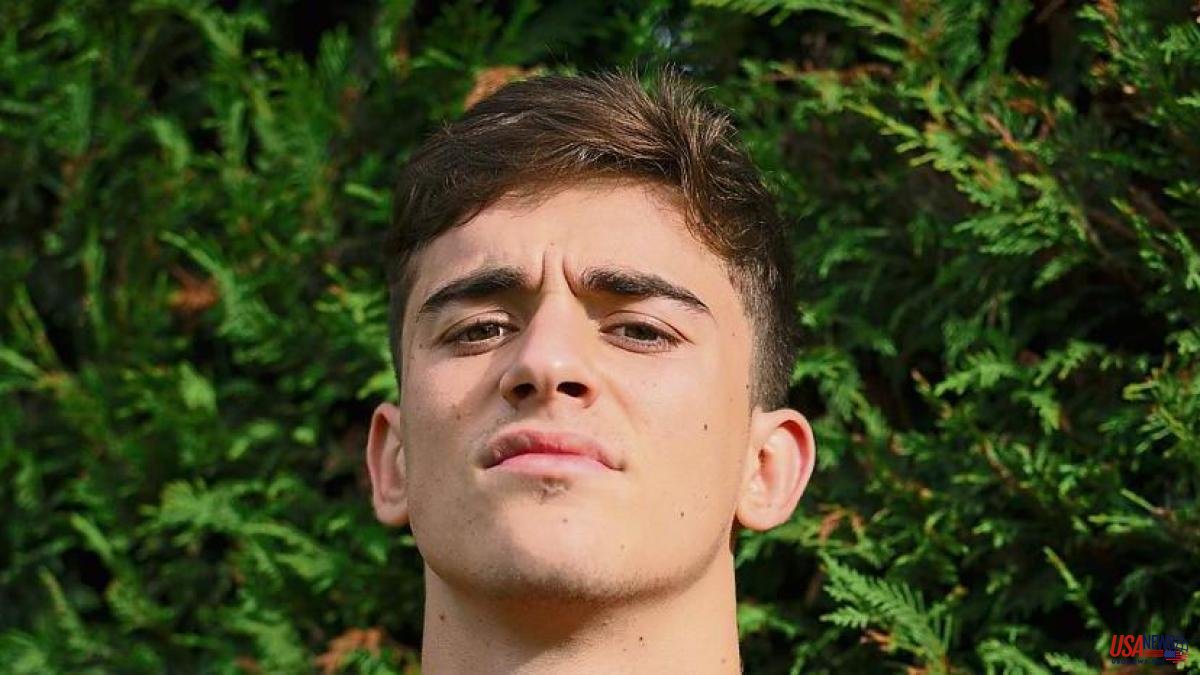 Pablo Páez Gavira, alias Gavi (Los Palacios, Seville, 18 years old) accumulates records for precociousness and faces of astonishment around him as he takes steps in his incipient but powerful career. Nobody like him embodies the spirit of the group recruited by the coach, inexperienced but ambitious to the point of insolence. We are talking about the third team among the 32 participants with the lowest average age. "We do not set any limits, we know that we are a young group but with a lot of ambition," he assures La Vanguardia 24 hours after the start of the World Cup.

With a very built body despite his age, Gavi combines two facets as a midfielder that usually go separately. Either you are technical or you are shock. The Barça youth squad masters both arts. As soon as he lets go of a pipe or a fine oriented control, he knocks down an elite Bayern soldier in a divided ball. Gavi captivates at first sight and international critics have determined it: the Golden Boy and Kopa awards already shine in his individual record, he won them both in a space of four days. The specialized website Transfermarkt has valued him at 90 million euros and Barça renewed him in September, awarding him a termination clause of 1,000 million euros. Prices and figures of great figure. Probably because he already is. Or because he will be.

Gavi soon stood out in La Liara Balompié, a club from Los Palacios and Villafranca, a town to which an investigation team would have to be moved as soon as possible since with 38,000 inhabitants, two other elite footballers also left there: Jesús Navas (Sevilla) and Fabián Ruiz (PSG). As a child, Gavi scored goals like someone who eats pipes. He caught the attention of Betis, he went there and in a year as a youngest he scored 96 goals, which aroused the interest this time of Atlético, Villarreal, Real Madrid and Barça. He chose the azulgrana.

He arrived at La Masia at the age of 10, slept in one of its rooms for eight and today he rests in a hotel in Qatar awaiting his debut in the World Cup. “My first memory of a World Cup is the one from 2010 that Spain won. I used to watch all the games, especially those of the national team. At that time my favorite players were Messi, Iniesta and Isco”, recalls Gavi, who has no doubts about which shirt he would wear among all his rivals if he had to choose one at the Qatar event. "Messi's".

Gavi covers an average of 13 kilometers per game, bites like Gattuso when he doesn't have the ball and knows how to take care of it and make sense of it when he does, perhaps for this reason he seduced Ronald Koeman, Xavi and Luis Enrique, his three coaches since he called up the gate of professional football. His first call with Spain was not understood by the most centralist press, which already resisted the power of the periphery even before the golden age that was from 2008 to 2012 (World Cup and two Euro Cups). Gavi was accused of not deserving it, there was talk of the friendship between Luis Enrique and Iván de la Peña, the player's representative, to mislead. Today no one dares to dispute his presence, the facts have subdued the traps. "He has it all, he is humble and competitive like few have seen... A footballer from top to bottom, he plays and defends," De la Peña described him when Gavi was still an unknown beardless 16-year-old who had just turned. Luis Enrique is not cut when asked about the prodigious boy. Last June, after beating the Czech Republic, he gave himself up to his footballer: “It's a volcano in eruption. It's hard not to fall in love with him."

Gavi returns the compliments with short sentences, he is still not used to interviews, he prefers a ball millions of times over a microphone: “What do I like most about Luis Enrique? The way he conveys his ideas to you and how he reads the games, ”he tells this newspaper. The Andalusian is aware of his inexperience and opens his ears to any advice. "I take them all and try to continue to improve," he says humbly.

Gavi felt accompanied in the dressing room from the first moment both at Barça and with the national team. He was so young at his arrival that he was adopted rather than incorporated. To get an idea of ​​his age, it is enough to remember that he has just moved into an apartment for the first time with his parents, Pablo and Aurora, since until very recently he was a resident of La Masia. Naive, with his boots untied... it's hard not to grow fond of the boy from the national team.

When he is reminded that Barça has managed to include seven players in the Spanish team and a total of 16 distributed among other national teams, he brings out his culé vein: "Yes, at Barça we have a great team and it is a sign that things are they are doing well”.

The clock runs and Gavi daydreams. Ambition can. He has even been left with a number inappropriate for his age due to its strong symbology: the '9', surely due to his childhood origins as a great scorer. The World Cup is about to start and as training sessions with his teammates go by and the match against Costa Rica approaches, his heartbeat skyrockets. “Do you dream of playing in the final? Against any team in particular? “Of course I dream about it, as long as we reach the final we don't care who against. If they get there it will be because they will have deserved it”.

Whatever he does, his name will go down in the history of Spanish football. Cesc Fàbregas, since 2006, has been at the top of the list as the youngest international to play in a World Cup. It will be necessary to relegate him to second place and place the full name of Pablo Páez Gavira, alias Gavi. A huge boy.