Gavi, the 6th of Xavi 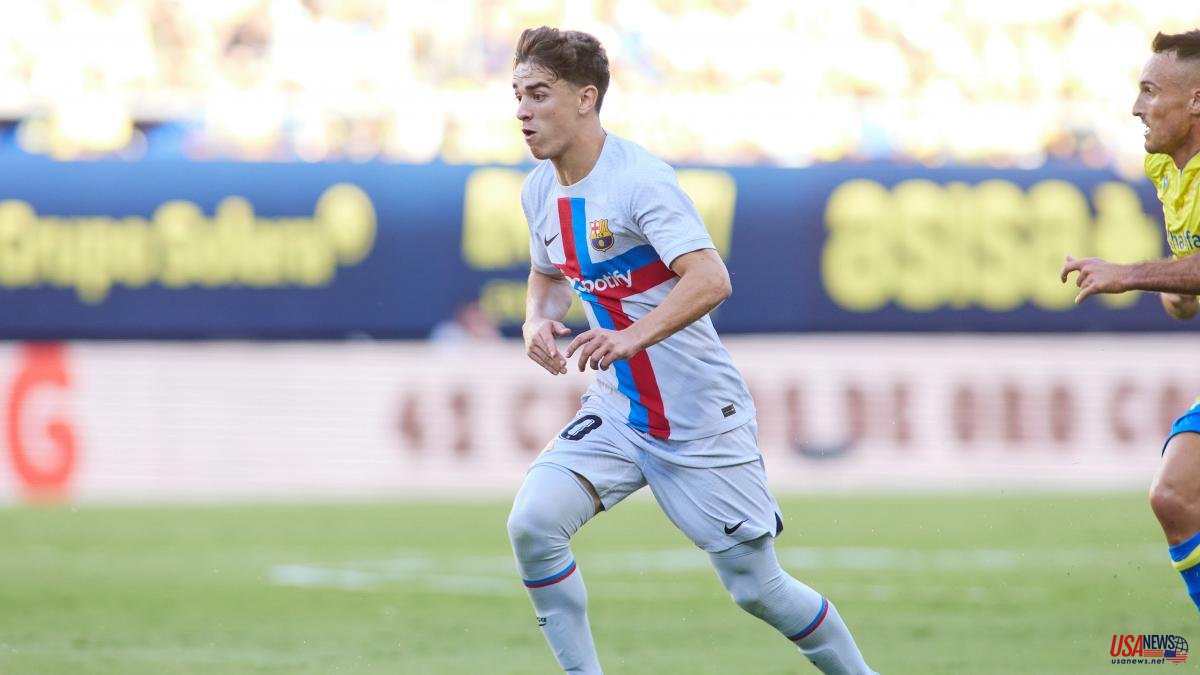 Intensity, ambition, pride, style, Barça fans, passion, hunger, strength, pressure and youth. All this is assured for the next four years by Barcelona with the renewal of Gavi. The Barcelona club announced yesterday the agreement by which the Sevillian midfielder will continue to defend the Blaugrana shirt until 2026. The young player will sign his new contract today afternoon (6:00 p.m.) at the Spotify Camp Nou, together with the president Joan Laporta, in an event open to the public. Barça wants to give the continuity of the youth squad treatment and category of important event. Because the long negotiations have come to fruition and, not least, because no one doubts that, at 18, the man from Los Palacios must be one of the pillars on which the future of the team will be built.

At his young age, the Andalusian is a key piece. It was last season with 47 games (more than 3,000 minutes) and two goals and it is being this season at this start in which no game of the seven played by Barcelona has yet been lost, being a starter in six (429 minutes). Today Gavi will be the protagonist with his renewal and tomorrow his name will be in Luis Enrique's squad –he has been a fixture since he debuted, breaking a record in 1936– for the last matches of the Spanish team before the World Cup in Qatar.

A couple of details have delayed the agreement, whose conditions were roughly agreed by both parties a few weeks ago. First you had to wait for the footballer to be of legal age. Until he turned 18 -he did so on August 5-, Gavi could not have a long contract due to international regulations and Barcelona and the player's agent, ex-Barcelonista Iván de la Peña, believed that it was worth waiting for sign the extension of the link in search of tranquility and to end the siren songs of the Premier.

The second obstacle is that you had to have a salary margin for the new contract to come into force. During the summer market, the sports leadership was immersed in the incorporation of up to seven new faces and the renewals of Dembélé and Sergi Roberto. The departure, on September 8, of Miralem Pjanic to go to Saudi Sharjah FC, has freed up enough space to finally be able to make Gavi's renewal public and effective.

The interior will join a very exclusive club in Barcelona, ​​the one billion. Like Pedri, Ansu Fati, Araújo and Ferran Torres, the youth squad, who arrived at Masia at the age of 10 and continues to live in the Oriol Tort residence, will have a ten-figure termination clause to shield him. Except for the Uruguayan and the Valencian, the other three were born in the 21st century.

Pablo Páez Gavira, his full name, will be the new 6 for Xavi's Barcelona, ​​owner of the number between 2001 and 2015, although we will have to wait until January, for the registration market to open, for the interior to leave on 30 In the Champions League, yes, he must carry it throughout the course.

Since the now coach left, Alves, Denis Suárez, Todibo, Aleñá and Riqui Puig have worn the number but none of them lasted in time. Something that Gavi is willing to achieve since his desire has always been his continuity. His gestures give him away. On December 18, Gavi scored his first goal for the first team. He went against Elche after receiving from behind in midfield, dribbling past Mascarell and Roco and placing the ball at the base of the post. He celebrated with a kiss on the shield.

You just need to take a look around his Instagram account to see that he is a different footballer. All the photographs of him published on the network are with football as the common thread. There are only a couple of relatives, for his birthday or to congratulate his sister. No posturing, no extra-sports life. Only football. That makes it constantly growing. Something that is seen in learning. Last season he saw 15 yellows and one red. This has not yet been reprimanded. Gavi is a born competitor.