Gas shortage once again puts European solidarity to the test

Europe is preparing for the worst: the start of an open energy war with Russia, given the possibility of an imminent cut in the gas it sends to Europe and, in parallel, a real war of nerves due to the political consequences that the shortage of fuel at a time when inflation has reached all-time highs in the Union. 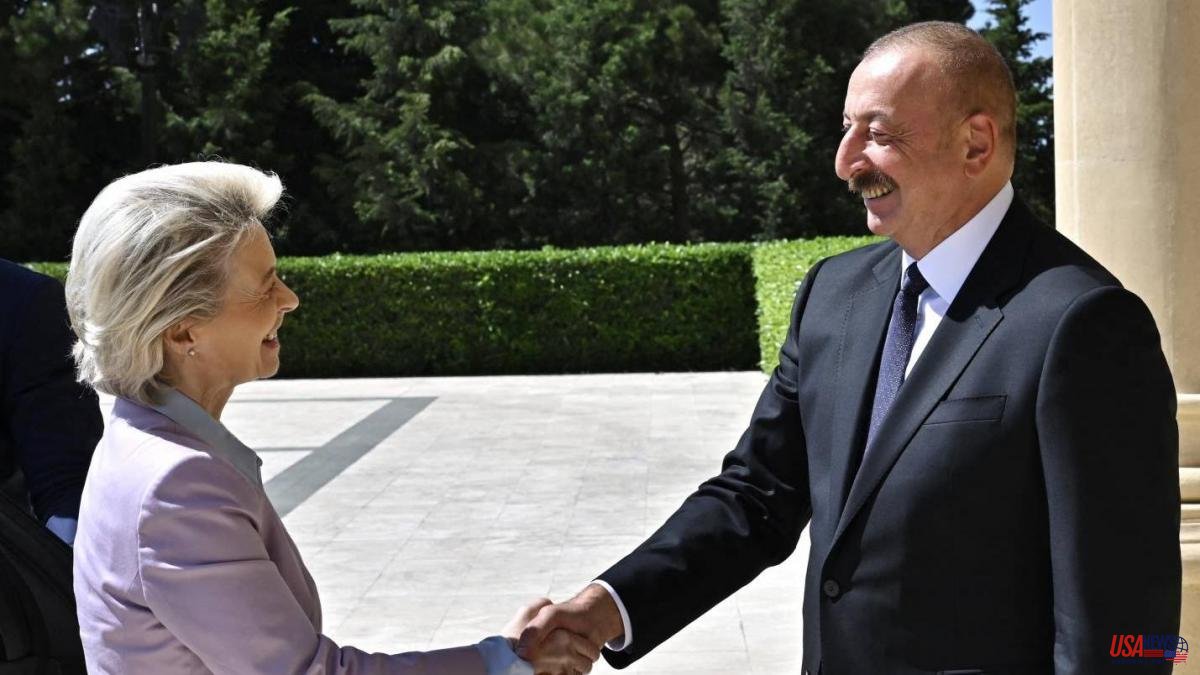 Europe is preparing for the worst: the start of an open energy war with Russia, given the possibility of an imminent cut in the gas it sends to Europe and, in parallel, a real war of nerves due to the political consequences that the shortage of fuel at a time when inflation has reached all-time highs in the Union.

Brussels prepares for "all scenarios". Not only more supply cuts are coming (12 countries have already run out of Russian gas) but also consumption rationing orders, mandatory even in countries that, like Spain, would not be directly affected. The “Russian energy blackmail”, as Europe calls the Kremlin maneuvers, will be a major test of European solidarity in all its expressions, towards Ukraine but also internally.

"We work on the premise that Nord Stream 1 will not resume activities," European Budget Commissioner Johannes Hahn said yesterday, a few hours after the annual maintenance works on the pipeline that carries gas from Siberia to Germany are completed. one of the main sources of gas supply in Europe. According to two sources quoted by the Reuters agency, the gas pipeline will be reactivated but at a reduced capacity, as has been the case until now (since mid-June, Russia has reduced the volume of gas it sends to Germany by 60%). Gazprom reiterated that it is its intention to reopen the gas pipeline on the 21st but left the flow level up in the air.

“The European Union must anticipate these risks and prepare, in a spirit of solidarity, for a prolonged and possibly complete cut-off of the gas it carries from Russia,” states the draft communication Saving gas for a safe winter that the European Commission will approve today . As it did with the pandemic, Brussels will today call on European governments to respond with solidarity and avoid national selfishness. "European unity and coordination were the key remedies to overcome the brutal pandemic," says EC President Ursula von der Leyen.

In a first phase, Brussels proposes to preventively reduce energy consumption on a voluntary basis based on the national emergency plans that the member states must update in September. The percentages being considered are around 15% savings between this fall and next spring, explain diplomatic sources. If a certain level of scarcity is reached or, at the request of a minimum of two countries, Brussels could declare a "European alert" and demand mandatory consumption reductions from the countries. This possibility would be activated "if the situation and the evolution of the perspectives is negative in terms of the balance of supply and demand and it is likely to reach an emergency." European energy ministers will examine the proposals at the extraordinary council on July 26.

The first leaks about the initiative have caused complaints both in the private sector (the Spanish industry, for example, calls on the Government to oppose it "frontally") and in the European Parliament, which with the mechanism designed by Brussels would have nothing to say or in its approval or in the management of alerts.

The EC calculates that the total cut of Russian gas will translate into 1.5% less growth on average in the EU, a percentage that according to the economists of the International Monetary Fund (IMF) will rise to 2.65%. The impact will vary depending on each economy's dependence on Russian gas but, given Germany's addiction to energy from Moscow, the possibility of a recession in Europe's leading economy would be bad news for the bloc as a whole, analysts warn. . "This is the time to design decisive actions and show solidarity as was done during the pandemic to respond to the challenging moment we face," the IMF economists say in their blog, delving into the arguments put forward by Brussels.

The intuited alternative to a total cut is a drastic reduction in flows that allows Moscow to continue receiving millions of euros from Europe and, at the same time, face difficult decisions from governments, for example, the German one. Part of the gas that arrives through Nord Stream 1 is redistributed to other countries and although the Government of Olaf Scholz has assured that it will not stockpile fuel, in a context of record prices the temptation to give priority to national consumers may be great. Russia may also try to put pressure on the EU by citing technical problems in Nord Stream 1 to propose opening Nord Stream 2, suspended in the wake of the war. European leaders insist: Putin's biggest mistake was thinking that his actions would divide the EU.

The Commission recommends that governments intensify preventive measures and in recent days there has been a genuine European and national offensive to secure alternative energy supplies, in some cases through pacts with autocratic governments. In the midst of a government crisis in Italy, Prime Minister Mario Draghi traveled to Algeria this week to intensify energy cooperation and French President Emmanuel Macron received the President of the United Arab Emirates, Sheikh Mohamed bin Zayed al Nahyan, with whom he signed a strategic partnership and energy cooperation agreement.

For his part, Von der Leyen signed an agreement on Monday with the president of Azerbaijan, Ilham Aliyev, to double the amount of gas that the Central Asian country currently sends to the EU, up to 20,000 million cubic meters here in five years. The definition of Azerbaijan as a "trustworthy" partner has been met with criticism from some MEPs, who recall their government's record of human rights abuses. But this is the time for pragmatism: just as it turns a blind eye to moral issues, Brussels, which has managed to label gas and nuclear as "green energy", is going to propose temporarily relaxing the reduction targets for CO2 emissions to face the new war scenario.