The president of the Junta de Castilla-La Mancha, Emiliano García-Page, did not want to make enemies in his event with businessmen held in Valencia. 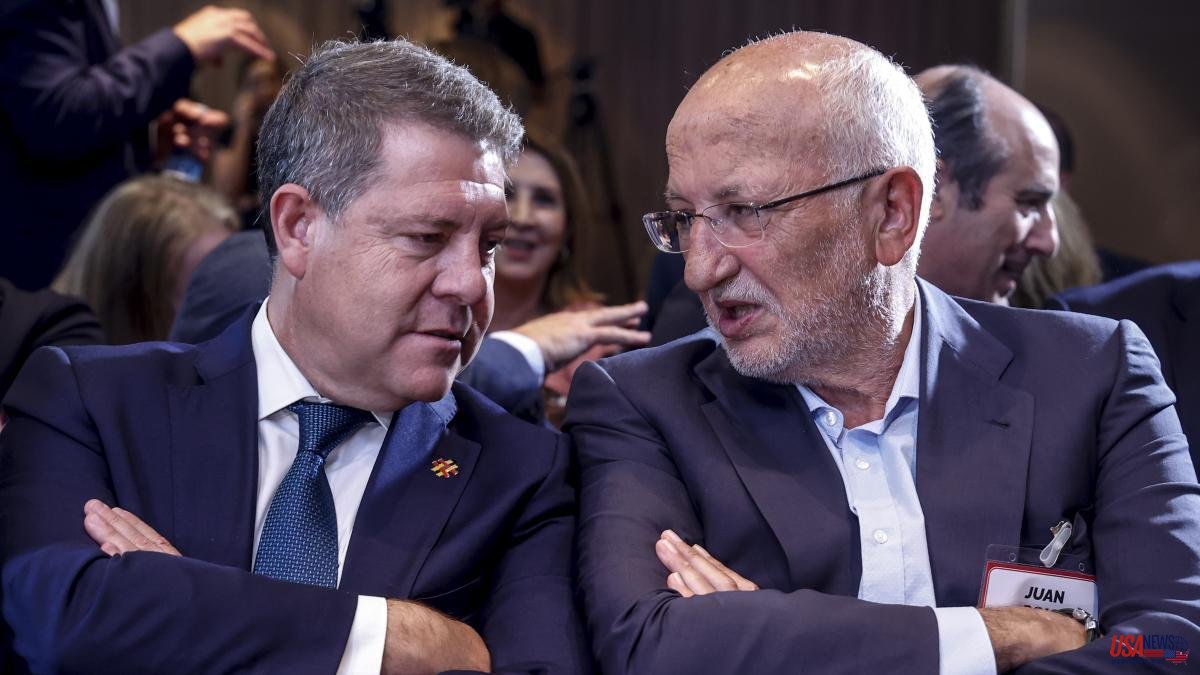 The president of the Junta de Castilla-La Mancha, Emiliano García-Page, did not want to make enemies in his event with businessmen held in Valencia. Without ceasing to give his opinion, the always expressive La Mancha president has sought to please his hosts and has admitted that the Mediterranean Corridor "is not only convenient, but it is urgent and necessary".

Thus, in the event organized by the Valencian Association of Entrepreneurs (AVE), the socialist president wanted to underline that this thought is "compatible with other corridors, they are all necessary".

Thus, after pointing out that the Mediterranean Corridor is "impepinable; if the Mediterranean economy catches on, everything catches on," he has called for "a peninsular look" in terms of infrastructure. In this sense, he has pointed out that poverty and inequality are very expensive. García-Page has indicated that "a part of Spain in permanent migration is very expensive for the country".

That same balance is what the president of La Mancha has maintained when, during question time, the thorny issue of the Tajo-Segura transfer was put on the table. Without wanting to hurt sensitivities, García-Page has recalled the water problems of his autonomy and has shown his opposition to an infrastructure that irrigates the fields of Alicante and Murcia.

The PSOE president has stressed that he would be willing to propose a "global" transfer system, of interconnection between Spanish rivers, although he immediately recognized that this is environmentally inadvisable.

For this reason, he has encouraged the different autonomies to "take advantage of all possible sources" -he has given the example of desalination plants- to obtain water and has urged to reach an agreement at the state level "before the climate imposes it".

For García-Page, it is "reckless" to depend exclusively (in reference to the transfer) on a "300-kilometre open-air pipeline" from which "28% of the water evaporates" and is "at the expense of any fanatic or idiot do barbarity". In addition, she has added: "The Tagus is not the Rhône".