The president of the CEOE, Antonio Garamendi, yesterday urged the central government to solve the serious diplomatic crisis with Algeria that has caused an energy supply problem – due to dependence on gas – and has put at risk exports of goods and services for some 4,000 million annually. 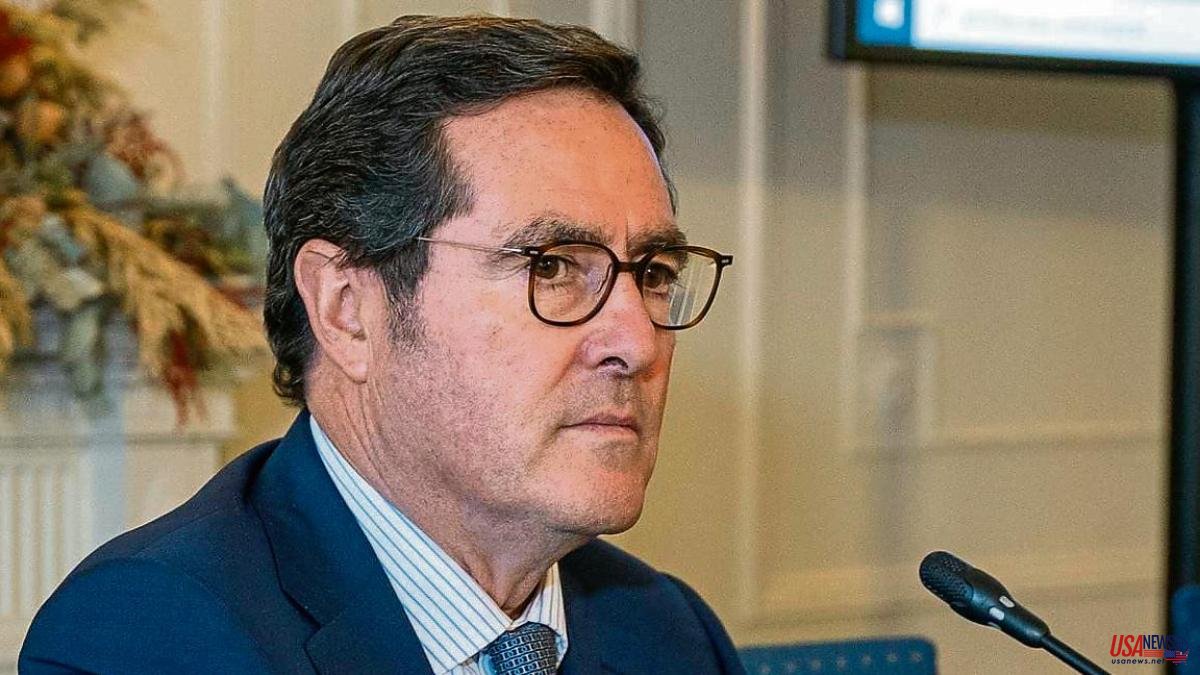 The president of the CEOE, Antonio Garamendi, yesterday urged the central government to solve the serious diplomatic crisis with Algeria that has caused an energy supply problem – due to dependence on gas – and has put at risk exports of goods and services for some 4,000 million annually. Garamendi added that "Algeria is right next door and is a very important country for Spain", although he admitted that the problem "is not going to be fixed in a few days".

Without specifying how to solve the mess, Garamendi delved into the field of diplomacy to affirm that in foreign policy the path is to "disturb less" and "act more". He also seemed to amend the Government's plan by recalling that this policy "is of the State and has to be agreed upon by all", in veiled reference to the apparent lack of consensus with the PP.

In a relaxed atmosphere such as that of some summer courses at the university, Garamendi continued with his evangelization to the Executive, to which he blurted out that debts must be paid. Therefore, he added, “we ask for budgetary rigor and economic orthodoxy. The business representative explained that Spain has a debt of over 120% of GDP and a public deficit of 7% of GDP despite European funds.

In this sense, he was concerned about what might happen with the gradual withdrawal of stimuli by the European Central Bank (ECB), with the cessation of bond purchases and the rise in interest rates. He assumed that if the ECB continues to support the low yields of Spanish debt in the market, it will be in exchange for strong conditionality on aid.

Europe, he said, is not going to agree with Spain being supported while it raises pensions by 8% and those of Germany, on the other hand, are only revalued by 1%. "It is clear that we cannot carry out populist policies with European capitalist money and we must do things differently because investors are already beginning to ask about Spain," she emphasized.

Therefore, according to Garamendi, the country needs, can and must adjust, without this going through cuts in health and education. He mentioned a study by the Institute of Economic Studies that estimates the possible cost savings of the State at 60,000 million. And he called for moderation in collective bargaining.

The president of the CEOE warned of the change of scenery that is coming. In the short term, he foresees an explosion of consumption this summer. But "looking at the data that comes, possibly in the fall we are going to see very complicated moments and then families are going to be more conservative in this sense and it is going to be noticed in a containment of consumption."