Gabriel Rufián: “I would like to have given Rubalcaba a run”

A resounding and expressive speaker –for some, too much–, Gabriel Rufián is one of the best-known parliamentarians of the Congress of Deputies, but also one of the most unique representatives of the Esquerra Republicana de Catalunya. 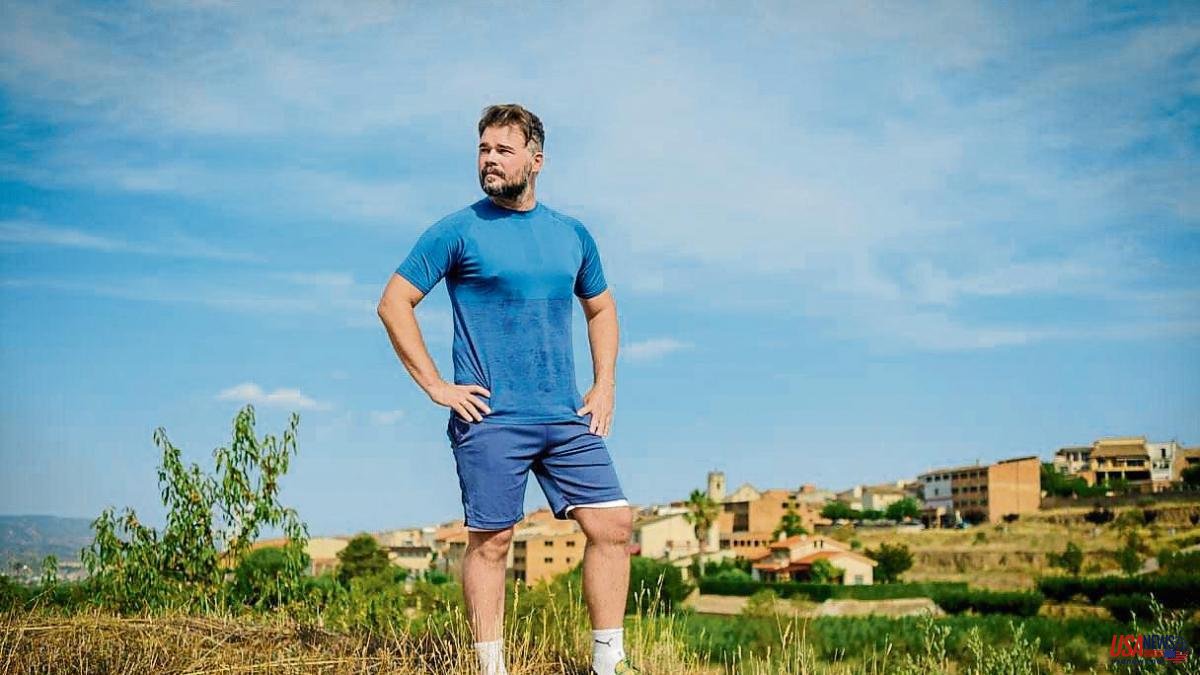 A resounding and expressive speaker –for some, too much–, Gabriel Rufián is one of the best-known parliamentarians of the Congress of Deputies, but also one of the most unique representatives of the Esquerra Republicana de Catalunya. With a discourse more republican than pro-independence and a leftist rhetoric with Peronist roots, his role in the Chamber has earned him the label of loose verse or heterodox, a tribute that is not always a virtue before party executives, but that voters they usually appreciate. In this legislature of shocks, he has found in going for a run – the expression often used by those who abjure Anglicisms – an activity to take refuge for a few minutes from the noise of the world.

How did you start running?

As a young man I had done soccer, athletics and basketball for many years, but, like many people, I started running with the pandemic. I stayed in Madrid for ninety days due to the lockdown. So I started running where I live, without leaving, about forty meters, round trip, to clear my mind. Then I started trying to go for a daily run. Many times first thing in the morning, before a plenary session.

He was not pushed by Murakami.

No. I had it in my head for a long time, but for one thing or another, I hadn't put it on. But with schedules you have to be tidy. When I cheered up I had lost the habit of playing sports. Everything hurt, I was overweight, but if you've played sports before, your body gets used to it quickly.

Nerd. I started quite shabby, with things that were left over, like some half-torn basketball shoes, with pants halfway between sportswear and pajamas. And little by little, they began to give me things. I've bought a few things, but I'm far from addicted. The latest, a backpack to carry water and mobile. I'm not wearing anything else. Cap and sunglasses, to go unnoticed.

He said he had played sports. Pachangas or federated?

I was federated in athletics, football, basketball, at school and at the university, but I never reached any level. He was pretty mediocre at everything, maybe with football he did a little better. I played basketball because it was what was at school. I gained some speed, but I never excelled at anything.

He said that when he started running, everything hurt. Bad feelings?

Fatal. I live in front of some stairs and I went up them and after three minutes I couldn't breathe. My knees hurt, my ankles... I had to stop for a month. It hurt so much that I had a hard time going down the stairs from the bench to the lectern. I even fell once running. I do remember going for a run in pain. But it is wanting. The first days, I came home in ten minutes and it was a record, now, on average I do seven or eight, but some days I have done up to fourteen kilometers in a couple of hours running.

And, after the pain, was the physical evolution fast?

The first thing is that you deflate, lose weight and feel better. I spoke with Julio Anguita about fifteen days before he died, to close an interview for La Fabrika and he told me: “Remember one thing, that the politician always has to study and always has to think”. And during the time I run, I memorize speeches, I think about what to do, ideas come up... It's fine. It's like a kind of therapy or pre-therapy, I recommend it to everyone.

Madrid is not the friendliest city for pedestrians, much less for runners.

I always go to Casa de Campo, and bikes are more dangerous there than cars. There are some areas that sometimes I have to avoid. I have never been to the city, from minute one, as soon as I was able to leave, I started running through the Casa de Campo, and I have been more scared with bikes than with cars.

Podcasts. Podcast only. Above all about history, I listen to speeches, for example for the debate on the state of the nation I listened to some by Rubalcaba, I improve my English... Music, never.

Who would you give a run to?

Al Txema Martínez, a medalist runner, has a racing podcast and I listen to it a lot. I would have liked to throw it at Rubalcaba, who I know was an athlete.

When you came to Congress it was said that you were a political parachutist, that you would be here for a short time, that you had no political agenda of your own. Would you say you are a long-distance runner today?

I'll be here until those who told me to come, Oriol Junqueras and Joan Tardà, tell me to go home. Politics is similar to football, if you don't score goals, you don't play. Much harder situations are experienced in private companies, although it is said that politics is very hard because nobody likes to be talked about all the time. It doesn't affect me as much because I remember that I was worse. But if you think about those of us who entered 2015, you start to look… And surely a shorter career was presupposed for me. I question myself and I am aware that reality is what it is and is changing.

And where does he run? Politically, I say.

In Madrid people have continuity in the group, and I would like to continue, as everyone knows. They have asked me again for help in the metropolitan area in municipal, and I would like to return to Catalonia to do politics, but results have to be given. But hey, I'm telling you, maybe next week I'll be putting my resume in a shooting range.

Will the end of the legislature be to run away?

If all the leftists, from Bildu to us, Podemos, even this PSOE that comes and goes, we do it well, and if Yolanda is lucky, the current parliamentary arithmetic can be revalidated. Then we'll see if a government can be formed. I think the numbers will exist. But in politics every month everything changes, and I think this is going to run out until the end.