Gabi Lorente: “And all the talent that is on the loose”

For Eugene strolling through the corridors of the University of Oregon, legends circulate. 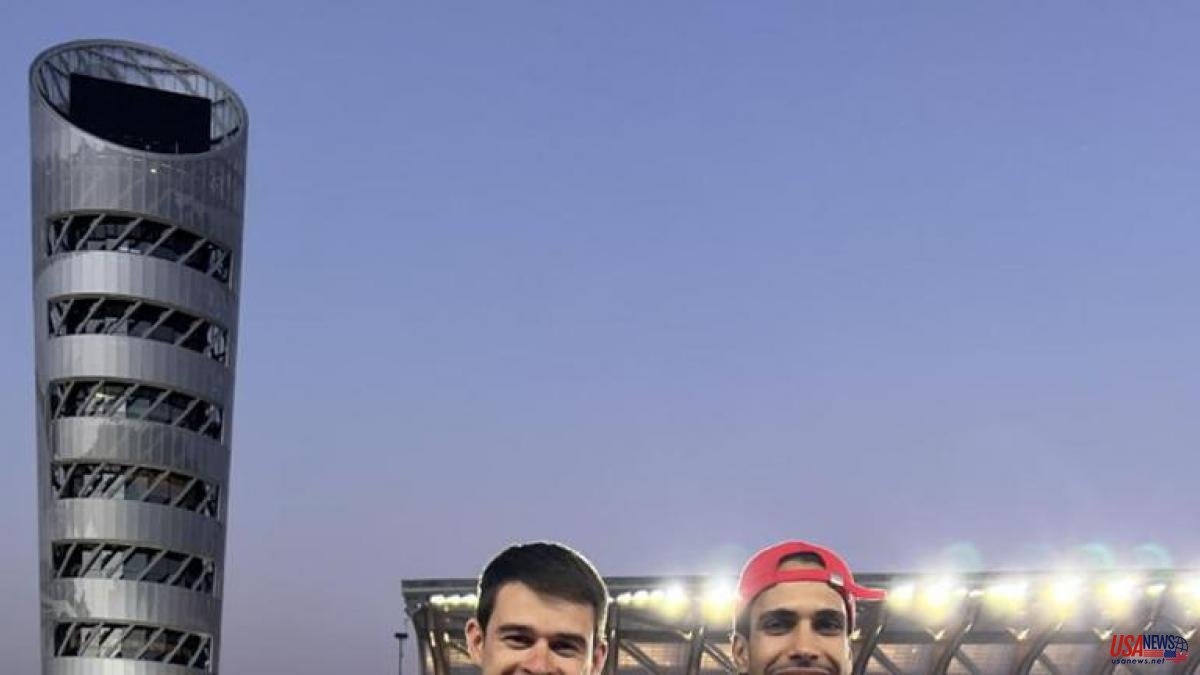 For Eugene strolling through the corridors of the University of Oregon, legends circulate.

The chronicler crosses paths with Kajsa Bergqvist, Steve Cram or Bob Beamon, and among them is also Gabi Lorente (32), a coach who looks like a scholarship student at the University of Oregon.

As Gabi Lorente listens a lot and speaks little in the after-dinner gatherings, no one would say that this discreet and observant guy is one of the most interesting coaches on the international scene, the coach of Mo Katir (bronze in the 1,500 last Tuesday) or Mariano García (indoor world champion of the 800 last winter), a man who in recent months, when opening the email, discovers amazed how international athletics experts ask him for advice and invite him to give conferences.

-I have been proposed to go to Finland in November. But I don't know, I don't see myself as a teacher of anything – insists Gabi Lorente.

This Sunday, the closing day of the World Cups, he attended us in the lobby of the officials' area in Eugene, Oregon.

Don't you see teacher? And what about the progress your athletes are experiencing?

Let's see, I've invested time in training: I have a master's degree in High Performance Sports. And I studied Sports Sciences in San Javier, 40 km from my home in Fuenteálamo (Murcia). I didn't have a car, I shared a flat. I also trained. He ran 3,000m obstacles and cross. It wasn't easy to put it all together. By then he already had a group of athletes in town. Among them was Mariano Garcia.

The place, Fuenteálamo, is already an icon of athletics in our country. The club's athletes train there: they move on a triangular-shaped track, with a 300m rope, trees inside and elderly people who, at sunset, go out to stretch their legs and there they meet the athletes.

"The market park, we call it," Gabi Lorente tells me. But it works for us. There we do the series. Mariano García has managed to run a 300 in 38s. Sometimes we bring obstacles and fences and the boys pass them too. We also use medicine balls...

Where do they get the material?

The council helps us. We have a pavilion with a gym 200m away and we store our things there. We have discs and hammers. What happens is that we launch without a cage, and sometimes we risk it...

If the hammer goes off course and there's a car parked over there...

And where does all this come from?

By Jose Antonio Garcia Esparza. He took us when we were kids, he discovered Mariano and he is still the president of the club.

And you are a professional of this?

I am almost a full-time professional for UCAM Murcia. I've been like this for six years now. But getting here has not been easy. Between 2016 and 2019 I have worked as a baker in my brother-in-law's bakery to supplement my salary. You had to earn a living.

And the jump that your boys have made, Mariano García with the indoor gold and Mo Katir with this bronze in Eugene, will it change your life?

What they do is hardly going to help me financially. I can't pay for two weeks of concentration. I can't go on a trip for many days, because I get paid to serve thirty athletes, and I can't just disappear like that.

But maybe they fix the flea market park, right?

They have put light and brought new land and smoothed it...

Nerd. In your case it is worse. He is in Mula, there is no track or park there either. The filming and the fartleks are done on the paths of the Sierra de Espuña. And when he hits the track, he goes to Murcia or to the Cehegín synthetic. From time to time he also goes up to Font Romeu or Sierra Nevada.

How did Katir come into your hands?

He said, 'I've already thought of it. So we started together. You see, he had to convince me.

And what was missing?

He needed more power and more speed, and also more volume, another way to organize the loads. Before, I spent a lot of time filming. Now he has understood that he must be fast to be more competitive.

Did you think Katir would get here?

Absolutely. One thing is the potential, and another, the arrival. You have no idea how much talent is out there on the loose. If these boys, leaving the town, are doing these wonders... Many are lost along the way.

Are they not served?

Mariano's parents have helped him: they have paid for his shoes, the nutritionist, whatever was needed. But if the family can't, you don't get there. And how many talents will there be in other sports! That of children who are committed to football and don't think about anything else, when they would be athletes.

Much more could be done. Economical support? None. The club gives me flexibility, for example, to come here. But if I worked forty hours a week, I wouldn't be able to take care of my athletes. You have to eat, I would leave it. Except for the coaches hired by the Spanish Federation or the CSD, the rest of us perform miracles.