The summit of the G-7, the group of the most industrialized democratic countries, is being held this year under the German presidency with a war in Europe. 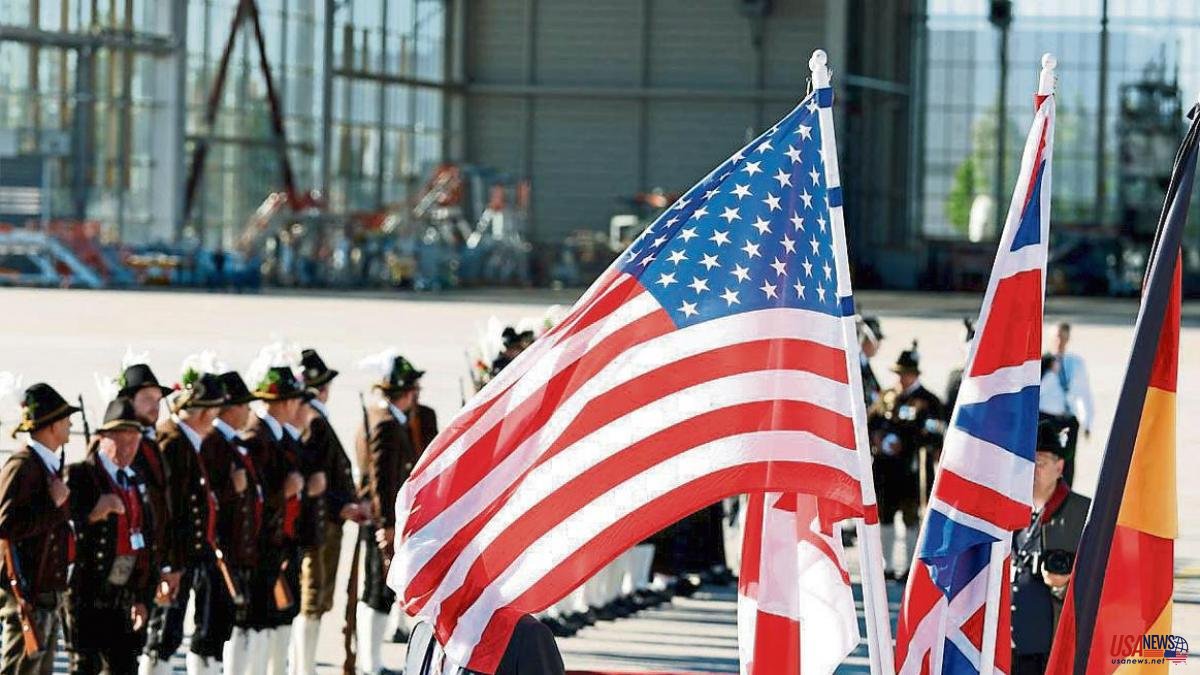 The summit of the G-7, the group of the most industrialized democratic countries, is being held this year under the German presidency with a war in Europe. The leaders of the seven member countries (Germany, the United States, Canada, France, Italy, Japan and the United Kingdom) meet from today until Tuesday the 28th at the Elmau Palace, in the Bavarian Alps. The meeting has an agenda of topics ranging from the climate crisis to health and cooperation for development, among others, but the war in Ukraine and its consequences on international security, food and energy, together with the economic sanctions against Russia for the invasion, they will take over the jobs.

The group of rich countries is expected to increase the pressure on Vladimir Putin in this second major international event in a few days. It was preceded by the decisive European Union summit on Thursday and Friday, which gave Ukraine and Moldova the status of candidate countries for EU membership, and will be followed by the NATO summit in Madrid on Wednesday 29 and Thursday 30 of this June.

Among the European partners and the allies there is a widespread conviction that Russia, after having launched a brutal and unjustified invasion of its neighbor Ukraine, is using its gas exports – which it has just cut off from European countries – and the Ukrainian cereal that it blocks as a weapon of war. , with the risk of generating a famine in poorer countries. On Monday morning, Ukrainian President Volodymyr Zelensky will address the leaders gathered in Elmau by videoconference.

Some of the participating leaders already landed last night at the Munich airport. Attending the event: the American (Joe Biden) and French (Emmanuel Macron) presidents; the Canadian (Justin Trudeau), Italian (Mario Draghi), Japanese (Fumio Kishida) and British (Boris Johnson) Prime Ministers; and the German chancellor (Olaf Scholz), the host. Since 1981, the European Union (at that time still the European Community) has also regularly attended summits, so the presidents of the European Commission, Ursula von der Leyen, and of the European Council, Charles Michel, will be in Elmau. Host Germany has invited the leaders of Argentina (Alberto Fernández), India (Narendra Modi), Indonesia (Joko Jokowi Widodo), Senegal (Macky Sall) and South Africa (Cyril Ramaphosa) to some work sessions.

The American Biden and the German Scholz – who faces this summit weakened by weeks of reproaches at home and abroad for delays in delivering weapons to Ukraine, which are beginning to be corrected – will hold a bilateral meeting on Sunday. As John Kirby, Communications Coordinator for the US National Security Council, explained this week at the G-7 summits in Elmau and NATO in Madrid, Joe Biden will focus on "revitalizing alliances and collaborations" to support Ukraine, hold Russia accountable for the invasion, and address China's long-term challenges.

Before the war in Ukraine, the German presidency designed an agenda for this summit with five themes: climate, economic stability, health, development cooperation, and peace and security. The issues remain, but the Ukrainian question will have a fundamental weight.

The participants meet and stay at the Elmau Palace, a building built between 1914 and 1916 and converted into a luxury hotel; it is privately owned. It is located in the Bavarian Alps, an hour and a half from Munich, very close to the Garmisch-Partenkirchen ski resort. It is the same place that hosted the previous German G-7 summit in 2015, with then Chancellor Angela Merkel as host and in which Russia – which had become a part – no longer participated.

Indeed, the club of industrialized countries that would end up being called the G-7 was born in 1975 and 1976. The group became the G-8 in 1998 with the inclusion of Russia, but after the illegal annexation of Crimea in 2014, the initial partners decided to return to the seven-country format. The Russian invasion of Ukraine launched by Vladimir Putin on February 24 marks this meeting in Elmau in a decisive way.