From Ukraine to the Moon via Greenland and the Arctic

In the same way that the knowledge we gather about the worlds that lie hidden under our feet is rather scant, we are far from knowing - much less understanding - what were the real motives that led the secretive Vladimir Putin to order the invasion of Ukraine . 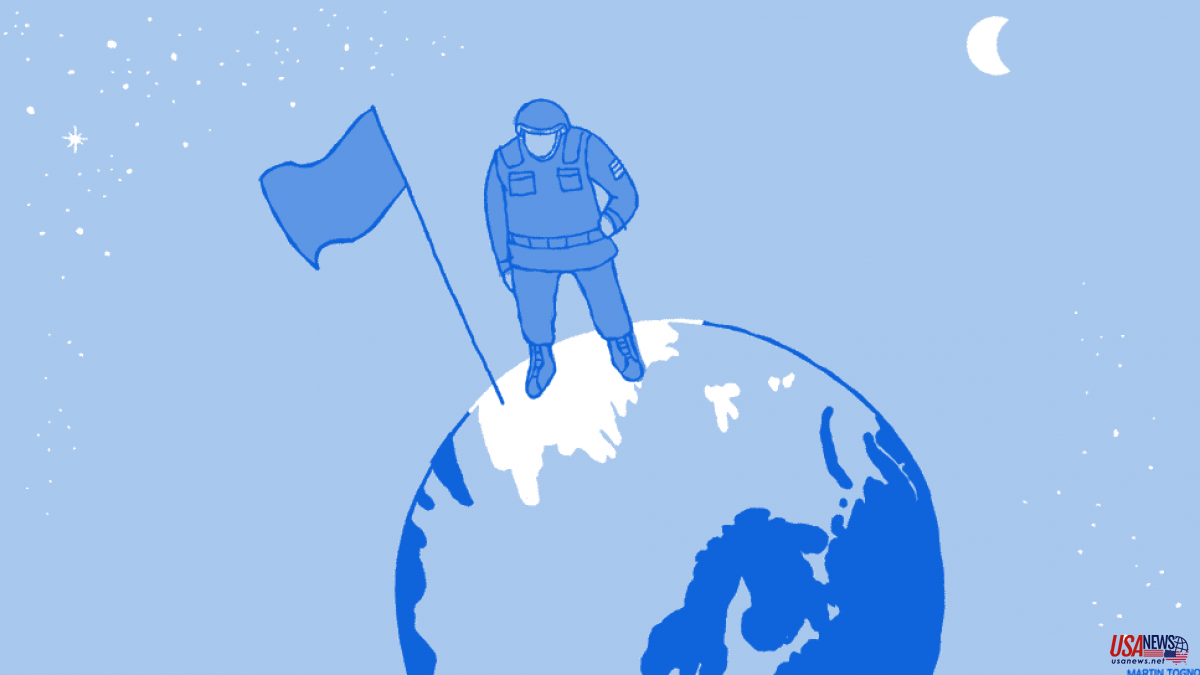 In the same way that the knowledge we gather about the worlds that lie hidden under our feet is rather scant, we are far from knowing - much less understanding - what were the real motives that led the secretive Vladimir Putin to order the invasion of Ukraine . But perhaps we could find some clue in the arms race that is taking place between the great powers in order to seize as many as possible of the still untapped deposits of raw materials of all kinds so necessary for the smooth flow of the economy and technical development of each of the opponents.

In the summer of 2019, Donald Trump showed his interest in buying Greenland, a vast autonomous territory of Denmark. At first it seemed like a joke -another one- of the bizarre American president, but it was not at all. The benefits that the alleged purchase, if carried out, would have brought to the United States are almost infinite, since Greenland, the largest island in the world (with permission from Australia) with a population of only 56,000 inhabitants, is rich in minerals -coal, zinc, copper and a quarter of the highly coveted rare earths of the entire planet-, fishing banks, shellfish and renewable energies, in addition to, and above all, its enormous geopolitical importance.

Also, in no case would it be nonsense. In 1803, the US bought Louisiana from France for the modest price of $15 million, and in 1887, Alaska from Russia for $7.2 million. In 1917, at the height of the world war, Washington bought Denmark's possessions in the West Indies for 25 million dollars, which have since been known as the United States Virgin Islands, that tax haven of dubious reputation.

But perhaps the most striking precedent is the offer of 100 million dollars made by Harry S. Truman, in 1946, to Denmark, in exchange for Greenland. On that occasion, Washington did not get its way, or at least not completely, since shortly after it already had a base on the island, its northernmost military installation, and to this day.

Far from the US being the only great power with an eye on Greenland, China has redoubled its attempts to gain a foothold in the territory, and the Russians are also there, of course. All the protagonists of this new gold rush maneuver with one foot in the Arctic while accusing their rivals of being "a threat to peace". And, of course, they all lie like crooks in their claims in favor of guaranteeing stability in the region.

As if the Kremlin did not have enough with the occupation of Crimea, part of the Donbass and its activities in the Arctic and Greenland, at the end of May 2020 it announced that it would not allow the Moon to be privatized. As it is. Such a statement of intent was made in response to statements by Trump in which he announced the future commercial exploitation by the US of the Moon and other celestial bodies. Of course, the Chinese also signed up for the lunar costume ball, not to say lunatic.

The melting brought about by global warming opens up more and more scenarios in which the protagonists of this pre-war minuet will eventually face each other. Since May 2020, Russia has had the only floating nuclear power plant in the world, the Academic Lomonosov, which crosses the icy Arctic waters and has been branded by Greenpeace as "the floating Chernobyl".

The Russian invasion of Ukraine is separating the diplomatic channel from the Arctic region, of which Russia has sovereignty over half of the coast and land mass. But if Russia is already preparing for the worst, NATO is not far behind, since it has long had bases and immense underground deposits of war material throughout the region. The imminent incorporation of Sweden and Finland into NATO is one more example of the militarization that is being carried out at forced marches in the Arctic and the Baltic, always under the watchful eye of Beijing.

The real danger of a nuclear war contributes to the melting even more than runaway global warming. Maybe the dance will start in the Arctic, or maybe in the Baltic. Most likely, it will end up on the Moon. Hopefully. Meanwhile, the worlds under our feet are filling with nuclear arsenals and NATO deploys a rapid reaction force of 300,000 soldiers. Ukraine has been nothing more than the appetizer.