From the goal to the bunker

If sirens suddenly sound in the stadiums of Kolos, Dnipro or Metalist, it is not to celebrate a goal, a basket or a touchdown. 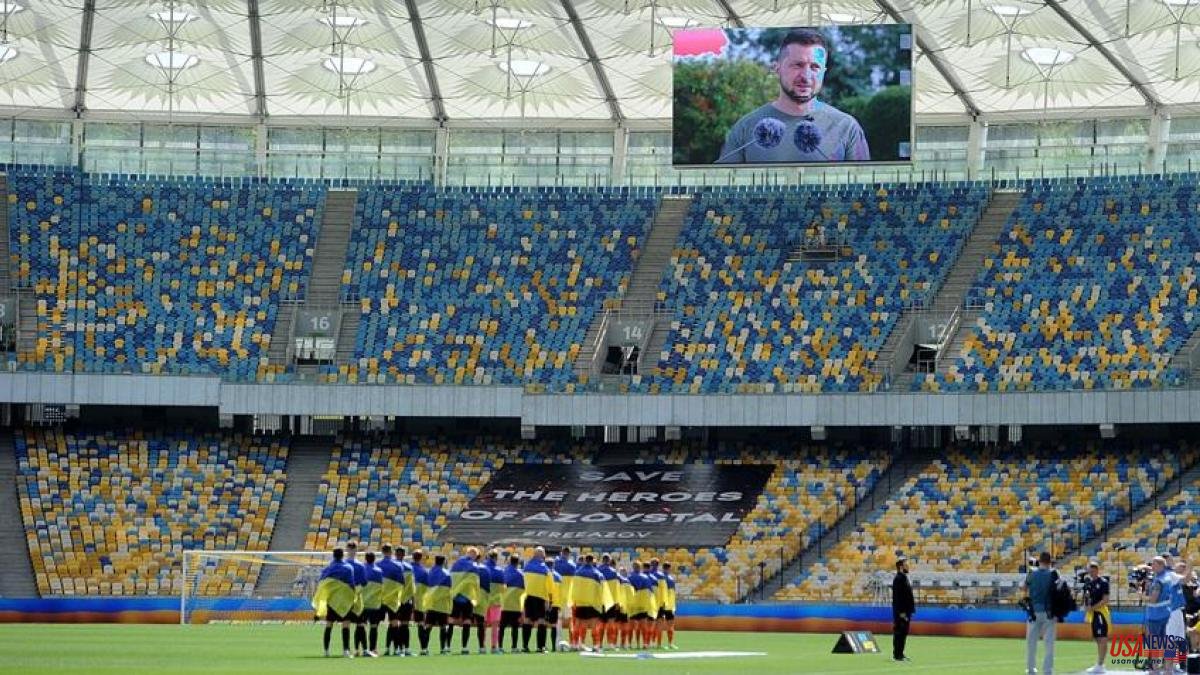 If sirens suddenly sound in the stadiums of Kolos, Dnipro or Metalist, it is not to celebrate a goal, a basket or a touchdown. It is to warn of the imminent launching of bombs by the Russians, and that it is time to stop kicking the ball, even if it is an official match of the Ukrainian Premier League (UPL), and run away to the nearest shelter. First save your life, and then take corner kicks, claim penalties and collect yellow cards.

The UPL, of which four days have been played, is a league like no other, in which it is played without an audience (and not because of the pandemic or UEFA sanctions), the dates, times and place of the matches can change from one moment to the next according to the war schedule, depending on where Putin attacks, and there must be a bomb shelter no more than five hundred meters from the stadiums. An immovable rule, such as penalties being taken from eleven meters (in post-Brexit England, twelve yards). The protection, and that there are no spectators, is not provided by the police but by the army, and everyone has to be aware of the evacuation plans.

In other circumstances, before the war, the Scots who travel to follow Celtic in the Champions League would today be returning from Donetsk, an industrial city (formerly called Aleksandrovka and Stalino), with a metropolitan area of ​​2 million inhabitants, in eastern Ukraine, and before the match, to kill their nerves, they would have visited the Transfiguration Cathedral, the Donbass Palace, the Opera House and Lenin Square. But the clash, like all of Shakhtar's at home in the Champions League, was played instead in Warsaw, 1,500 kilometers away and a 24-hour road trip. Of course, subscribers have priority for tickets at the Legia stadium. Shakhtar Donetsk already had to go into exile in 2014, when Russia annexed Crimea, and has become accustomed to a nomadic existence, training and playing wherever they can (Lviv, Kyiv, Warsaw, Turkey, Slovenia...), and losing his best players overnight, which does not prevent him from being among the European elite every year.

UEFA, which is already known to have no heart, has not exactly helped him, except as a lip service. By allowing his players to break their contracts and go to other countries without any punishment, he has done a disservice to the Donbass club, which would have received some thirty million from Fulham and Olympique de Lyon for the transfers of Manor Solomon and Tetê, and on the other hand, he is not going to see a hard one. Sharks lie in wait as soon as they smell blood, and in the Ukraine war there is. The headhunters of the European giants walk around Kyiv, Donetsk and other cities in the country capturing the most promising children and adolescents, and convincing their parents that abroad they will be safer and have a better life. Money, little.

A league in which many South Americans, Eastern Europeans, Turks and also Russians played has been reserved almost exclusively for Ukrainians. In Shakhtar's squad they are all, with the exceptions of a Nigerian, a Croatian, a Brazilian and a native of Burkina Faso. Dinamo Kyiv, reigning champions, have a Ghanaian, a Senegalese, a Jamaican and a Pole. It is football for times of war, in which all the clubs are more than a club, and their web pages give the war report from the Ministry of Defense and the number of dead before the results. And they proclaim Slava Ukraini. Glory to Ukraine!