From the 1992 Olympics to LaLiga: Danone's support for sport

Danone's commitment to people's health and the values ​​of sport goes back a long way. 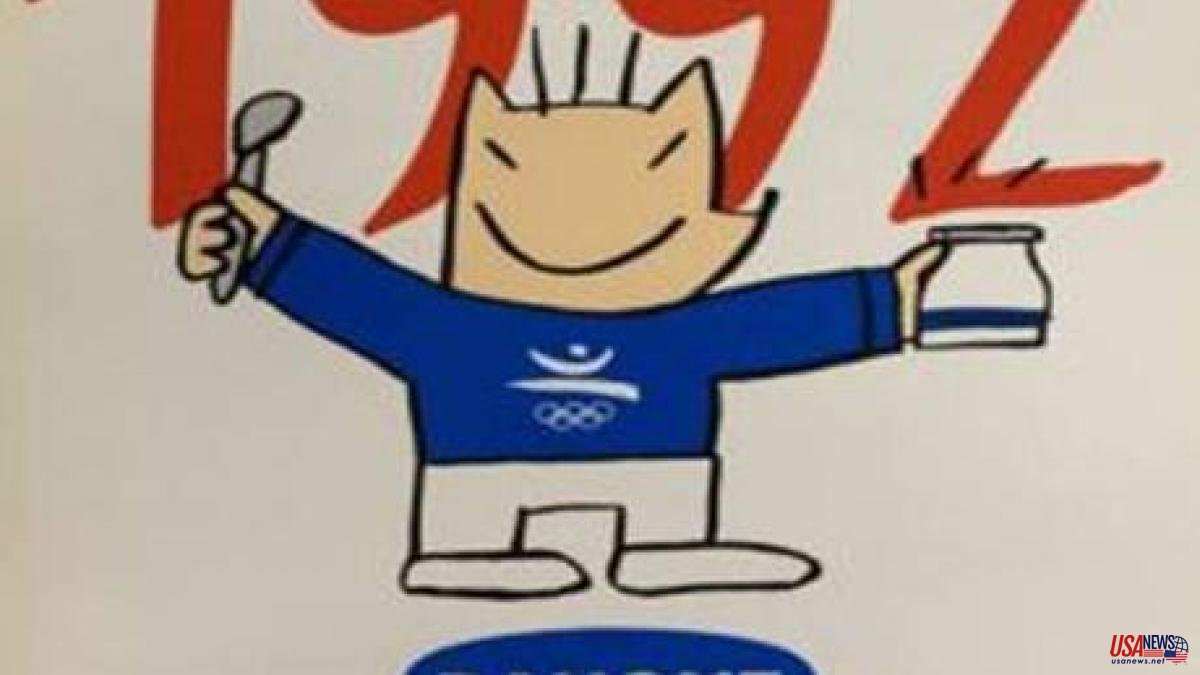 Danone's commitment to people's health and the values ​​of sport goes back a long way. In fact, this commitment was made very clear, thirty years ago, with the sponsorship of the Barcelona '92 Olympic Games. At that time, Cobi, the famous Olympic mascot created by Javier Mariscal, was part of the packaging, posters and numerous merchandising elements, as a sign of the brand's support for this important sporting event that served to make the names of Spain and Barcelona were even better known throughout the world.

Since then, Danone has set itself the goal of promoting healthy and sustainable habits, especially among the youngest, which contribute to preserving the natural habitat and ensuring the health of current and future generations. This purpose was achieved in 2015, with the collaboration with LaLiga in various initiatives related to good nutrition and the dissemination of sports practice, especially youth football.

Danone has also launched its own projects, such as the Danone Sports Schools Social Program and the Danone Nations Cup (DNC), originally known as the Danet Cup, which take advantage of the educational potential of sport to help create a fairer, more egalitarian society cohesive and healthy. Since the year 2000, this junior football tournament in which 32 countries participate combines a passion for sport with an educational nature, counting on the support of the Education and Sport Federations and FIFA.

As explained by Fernando Sanz, director of International Institutional Relations and of the LaLiga Ambassadors and Legends Project, “respect, tolerance, camaraderie and teamwork are fundamental aspects for the development of young people. For this reason, for us, it is a pride to work with companies like Danone, which contribute to carry out our work of promoting sporting values".

The DNC has created an ideal framework to make children aware of the benefits of exercise, healthy eating and the need to promote equality in all dimensions of our daily lives. In 2019, this tournament, which is today the largest in the world conceived for girls and boys from 10 to 12 years old, launched a new motto, Play Football, Change the Game, which reflects Danone's desire to "change the rules of the game ” to turn all its young participants into future citizens of a better world.

In the final that year, more than 700 players participated and there were about 15,000 spectators. During this important event, the athletes learned what the United Nations Sustainable Development Goals are and voted to select the topics that they considered most important, such as gender equality, the preservation of the oceans, climate action and the fight to eradicate poverty. In addition, the DNC has reinforced, in recent years, its commitment to sustainability, reducing the environmental footprint through recycling and designing 'zero waste' policies, as well as launching various local initiatives.

Danone has a relationship with sport, which could already be seen in 1982, when the brand's products began to give away stickers from the World Cup held in Spain. After the milestones of sponsorship of the 1992 Olympic Games and the Danone Nations Cup, in 2014, the brand strengthens its ties with the Spanish Basketball Team, in order to promote this sport and create children's training programs. The following year, the sponsorship of LaLiga began and, in 2016, of the Olympic Sports Association and the Olympic team that participated in the Rio Games.

In 2020, Futbol Club Barcelona and Danone North America signed a sponsorship for three seasons, which has allowed the image of the men's and women's teams and the Barça Academy to appear on the packaging of Danone products. And, in this 2022, they have returned to lend their support to the basketball team.

This work has also been extended to other sports fields, as confirmed by the support, in 2021 and 2022, of Font Vella to the Barcelona Open Banc Sabadell - Conde Godó or the sponsorship, in this same year, of YoPRO to the eDreams Marathon Cup, the YoPRO Barcelona Half Marathon or YoPRO Madrid Marathon. Also in 2022 it has been involved with the YoPRO 3 Nacions Pyrenees cycling tour and the Valencia Font Vella Open.

All these initiatives are confirmation of Danone's commitment to disseminating how practicing sports and good eating habits contribute to improving our health and also to ensuring the survival of the planet on which we live.