From Montserrat to the front of Mikolaiv

He is Belarusian and we will call him A. 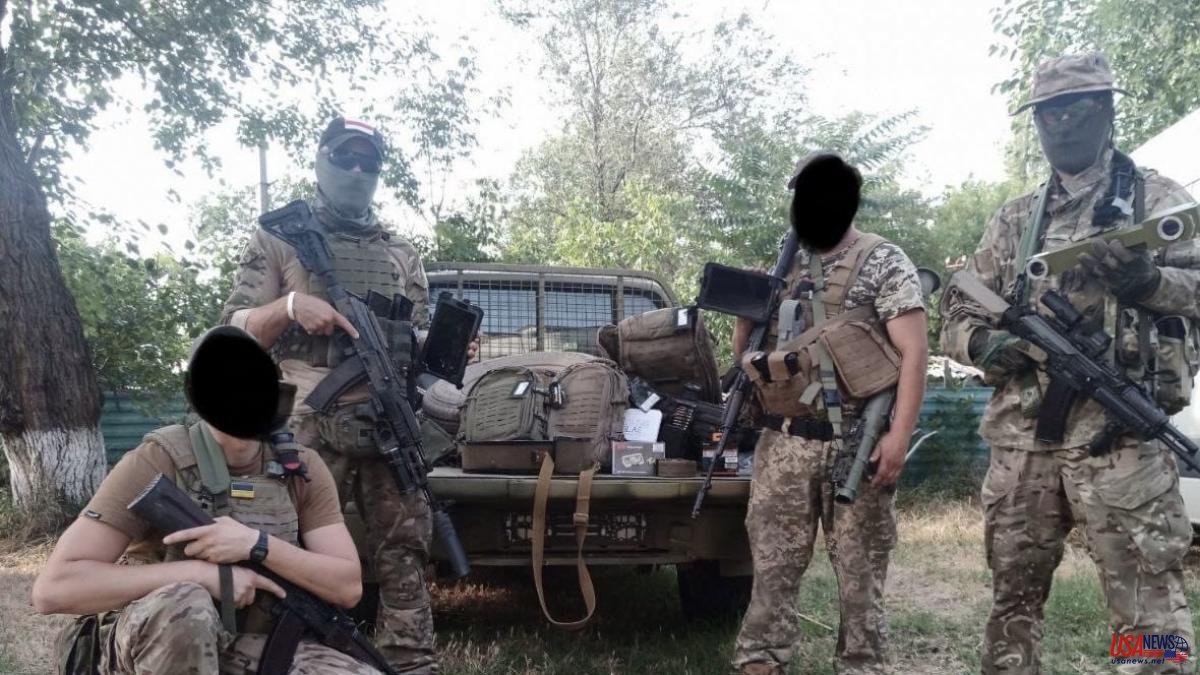 He is Belarusian and we will call him A. because we cannot publish his name, let alone his photograph, because he has family in Belarus and we already know how Alexander Lukashenko's regime spends them. He leads as a volunteer fighter in Ukraine “... mmh! April, May, June, July... Yes, exactly four months. The sense of time is a little different here, sometimes you don't know what day it is”.

He does remember well that he lived with his Catalan "parella de fet" for "almost four years" and worked "near Montserrat, in the area of ​​Collbató and Monistrol". When the invasion started and the Russians fired missiles on Ukrainian cities from Belarus “I told him: I don't know how to live here now, I can't sleep, I can't do anything... When someone starts a relationship, they don't wait for that guy to leave go to war, right? I understand her. It was better for her that we broke up."

In the summer of 2020, he took advantage of the fact that Catalonia was in full confinement to go see his family and join the mobilizations against Lukashenko. He was "almost half a year" and that was already a test for the couple. “They could kill you or put you in jail for 10 years, but I know myself and if I see that something is happening in my country I cannot sit in Barcelona and say I support you one hundred percent but I stay here. I can't say that he was very politically active before, he wasn't an activist. They stopped me several times, yes, that kind of thing.” In the –brief– protests of the winter of 2004 “it was the first time that I was arrested for more than four days, I think it was a week”.

The crackdown on Lukashenko, Putin's main ally, has ended up driving many Belarusians to war. Some very young, only 18 or 20 years old. "I freak out that they're here, I wouldn't let them," says A., who is 34 years old. But we must not think only of internationalist idealisms. War is an entity that welcomes individuals in the most difficult circumstances to imagine. And sometimes not so much. “There are a few Belarusians who after the 2020 protests were left hanging in Europe and they don't know where to go, they don't have status, they are not refugees, they can't prove that they are victims of political repression, and sometimes they feel so bad that they decide go to Ukraine. Your life can be very complicated, it is very difficult to find a job. For example, in Spain this process, without documents, lasts and lasts. All of that can push you to do it.”

The Kastus Kalinouski battalion – named after the father of Belarusian nationalism in the 19th century against the Russian empire – was formed on March 9 and has grown into an autonomous regiment. The Belarusians – some also in the regular army and in the so-called Territorial Defense – have participated in the liberation of Irpin and in the battles of Donbass.

A. enlisted in Poland, was trained by the Lithuanian military in the handling of mortars and since June his unit has been "far to the south, near Mikolaiv". He speaks through a secure phone channel and his voice reveals a gentle and honest person. He has permission to use the cell phone as he is about 23 kilometers from the front, a place “quite safe but within reach of the Russian reactive artillery – the multiple rocket launchers – and the naval artillery, which is much more powerful. Once they reached our base in Mikolaiv, right in the middle...” At the front, where he has fought for only ten days so far, they are visited by Russian drones and “the Ukrainians don't seem to have many weapons to shoot them down”.

The war has changed a bit, he explains. “In the beginning it was very mobile, there was a lot of maneuvering, and it was possible to find the Russians. Now between our positions the last time there was a kilometer and a half; I couldn't see them. The situation is such that it can change; they can take a town and then lose it, take it back... They can fight for up to three weeks for a place where there is nothing left. This is what happened in Severodonetsk, they destroyed it one hundred percent, there is no longer a city and I don't think there will be in the future. Now everything is going very slowly here in the south, I don't know in other places... We don't have the capacity for an offensive and the Russians seem to want to do something but they are not able to advance”.

It is a long-distance war, without deadlines. A. does not have them either.

– Are you fighting for Ukraine and Belarus at the same time?

-It's hard to tell the difference... If we don't kick out the Russians, there won't be peace in the region. They won't let us. Imperialism is in the mentality of the Russians and the only way for them to change is for them to fail, for them to realize that they have tried to rebuild the empire and it has sunk. This is how changes take place in Russia: when they lost the Crimean war, in the 19th century, they made reforms; also when they lost the war with Japan in 1905, and then when they couldn't continue fighting in the First World War –which meant the revolution–. I have friends in Russia who don't like this situation. I don't know, I can't say that I have the truth but maybe the only way to help them is to fight now.

– So this war could represent the change for Russia?

–And for Belarus, too.