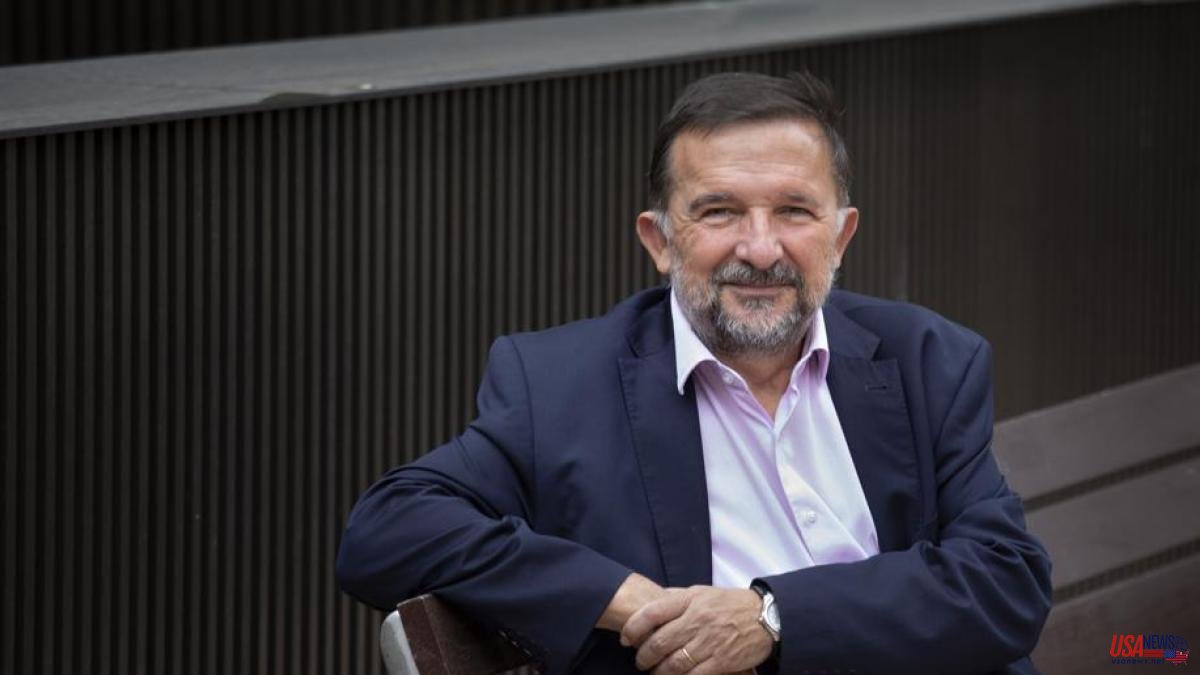 Gabriel García Márquez creating advertising slogans in an agency, Mario Vargas Llosa rehearsing a play with Aitana Sánchez Gijón, Tom Wolfe having breakfast in his spotless white suit, Miquel Barceló walking through the mountains to get inspired... These are some of the scenes from Vargas Llosa takes the stage (Libros de Vanguardia), the book with more than eighty character profiles published by the journalist Sergio Vila-Sanjuán (Barcelona, ​​1957).

In the trade since 1977, Vila-Sanjuán has been awarded the National Award for Cultural Journalism and, in addition to various novels and essays, he had already published other books that include his journalistic work, Crónicas cultural (2004) and La cultura y la vida (2013). “Now it is about generally short texts that collect a moment of life or portray people who interested me”.

Writers, painters, architects, patrons, journalists, advertisers, spies, booksellers... The gallery of characters is very wide. “I include several authors of the Latin American boom – he explains, in a Barcelona cafeteria –, which was the most interesting thing in the cultural world when I started. I met Vargas Llosa, whom I encouraged to act as an actor for the Year of the Book that Barcelona celebrated, an activity that later continued. I was a student in José Donoso's workshop... And García Márquez told me, at a meal, that he created the famous slogan For bread, for bread, Bimbo bread, which Fernando del Paso also attributes to himself”.

One of the most curious is Lawrence Martin-Bittman, who was his professor at Boston University: "He was a former Czech spy expert in disinformation, the current fake news, in classes he told us war stories, he participated in Operation Neptune and buried a false Nazi treasure in the Black Lake of Bohemia, with supposedly compromising documents”. Other teachers of his that appear in the book are Carme Riera or J-E.Ruiz-Domènec.

"The journalist must deal with the establishment and the counterculture," he points out (and, in fact, in one of the profiles he ends up immersed in a public fountain), hence he also deals with businessmen such as Paco Daurella, from Coca-Cola, also art collector and writer, or Gregorio Marañón, "who has been in the back room of many state cultural projects and explains that, for example, the Teatro Real is consolidated by Jordi Pujol's refusal to allow the Liceu to assume its role as a great state opera of reference”.

In the countercultural section, she tells us, for example, about the house in Poble Sec where the photographer Ouka Lele lived until "they found bones from the civil war, she considered that this brought bad luck and she and El Hortelano left".

Among those portrayed, there is the editor and poet Enrique Badosa, with whom he coincided in the writing of El Noticiero Universal in the years of the Transition: "We young people, who were rather jipiosos, were magnetized while he was always impeccable, with his A scarf around his neck, his handkerchief in his jacket pocket, a camel-skin coat... One day he showed up with an ice bucket of champagne because he was going to recite verses to his mysterious 'sweet friend'”.

If the architect Ricardo Bofill discovers the word postmodernism at a time when very few used it, although later "it marked the entire culture of the 80s", the biographer Donald Spoto tells him that the details of his private life that he gives in his books " They are not gossip because they are verified”. We also traveled to the shooting of Pandora and the Flying Dutchman in Tossa and Ava Gardner's stay in S'Agaró; or to the Impala operation, in which Manolo Maristany, Oriol Regàs and others toured Africa on that model of motorcycle.

It deals with some other fictional character, such as Jeeves and Wooster, created by P.G. Wodehouse, or Roque Guinart, the bandit from Quixote. And from a fake writer, J.T. Leroy, who never existed: "His supposedly autobiographical book of his was not typical of someone so young that he had a hard time, but rather had a very literary style, full of subordinates, and I left a written statement that I did not believe it."

Among the authors of profiles that have influenced her, she cites Claudio Sánchez Albornoz, Salvador de Madariaga, Jaime Arias, Carlos Sentís, Francisco Rico... Others portrayed in the work are Martín de Riquer, Marc Fumaroli, Ryszard Kapuscinski, Peter Berger, Annie Ernaux , Milan Kundera, Claudio López Lamadrid, Noah Gordon, John Richardson, Henning Mankell... The work is peppered with anecdotes, such as when the town priest comes to bless the house of the painter Joan Ponç and he is alarmed: ! He can't do it. My business would collapse. I paint demons and, if you take them away from me, what does he want me to paint?”.