Frenkie de Jong does not travel to Milan

Frenkie de Jong has not traveled to Milan for tomorrow's important Champions League match against Inter. 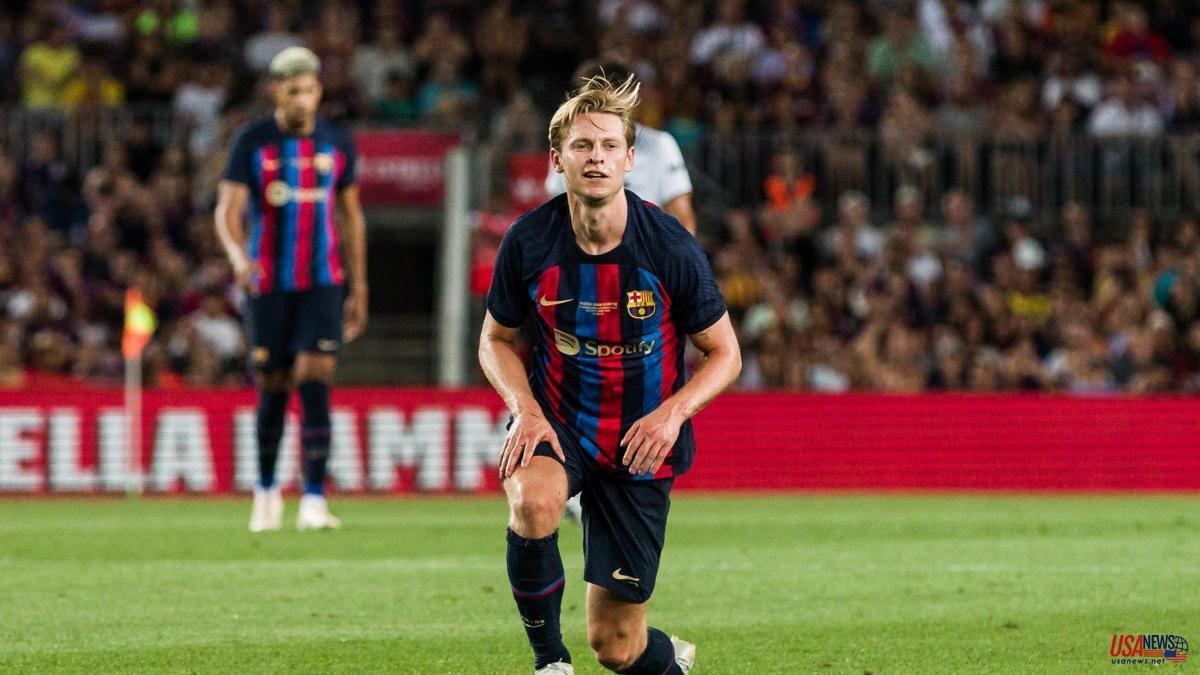 Frenkie de Jong has not traveled to Milan for tomorrow's important Champions League match against Inter. The Dutch footballer, who had also not entered the list for Saturday's league match in Mallorca, still hasn't recovered from his muscular discomfort and has stayed in Barcelona recovering.

The Barça midfielder suffers from an elongation in the semitendinosus of the left thigh, as notified by Barcelona last Monday. During the week it seemed that he could arrive on time and it was tried until the last moment that he could be available to help the team, but in the end it was not possible and he will continue to recover in Barcelona.

The Catalan coach travels to Milan with a list full of sensitive casualties. Araújo, Memphis, Koundé and Bellerín are also out as they recover from injuries sustained during the last international break. To compensate for the absences, Xavi has once again called Marc Casadó, the youngster from the subsidiary who already traveled to Mallorca this weekend –despite not playing any minute- and who is making his debut in a Champions League call.

The expedition has traveled to Milan this morning, where it will land after twelve noon. After eating and resting at the hotel, the team will train at San Siro starting at 7:00 p.m. Before, at 6:15 p.m., Xavi Hernández and Marcos Alonso will appear at a press conference.

The azulgranas will face Inter on matchday three of the Champions League group stage. After the defeat (2-0) against Bayern on the last day, Barça needs to add a victory tomorrow against Inter, if they want to avoid problems in their classification. The Catalans are currently second, behind the Germans, but tied on points with the Italians.