When the echoes of the Andalusian referee Melero López's hat-trick at Real Madrid-Girona on Sunday still resonate at the Bernabeu – Stuani's VAR penalty goal, both Rodrygo being annulled and Kroos being sent off – the white coliseum is preparing today (6:45 p. 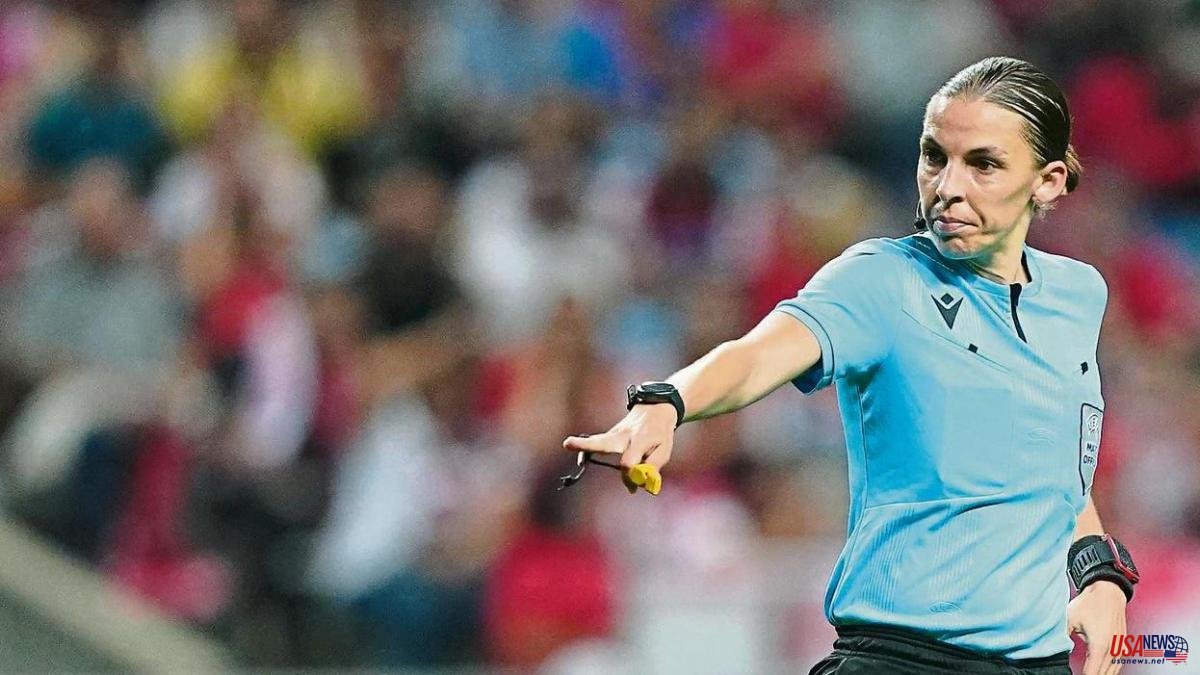 When the echoes of the Andalusian referee Melero López's hat-trick at Real Madrid-Girona on Sunday still resonate at the Bernabeu – Stuani's VAR penalty goal, both Rodrygo being annulled and Kroos being sent off – the white coliseum is preparing today (6:45 p.m.) to live another intense day, in arbitration terms. For the first time in the 67 years of the top European competition, Madrid will be directed a match by a woman, the Frenchwoman Stéphanie Frappart, considered the best referee in the world.

A necessary tagline –this one about having been designated the best refereeing woman, by the International Federation of Football History and Statistics– to reassure the white parish, so sensitive with the refereeing group.

The madridistas shouldn't be worried about the ability and qualities of 38-year-old Stéphanie Frappart in imparting justice, including 11 as a FIFA referee. Merits, progression and experience of her are not lacking. She has been a referee since she was 13 years old, Frappart has known what it is to deal with men since she was a child, she is the second of four brothers – two of them were referees – from a working-class family in the north of Paris. "I was stubborn as a mule, I had a vocation as a referee since I was a child, and I have always lived in a world of boys," Frappart explained in a report dedicated to her by L'Équipe TV when it premiered in 2019 as the first woman to direct a men's Ligue 1 match.

Since then, Frappart has done nothing but climb in arbitration and set milestones always headed with the usual "first woman to arbitrate...". Thus, she was the first referee to direct an absolute women's World Cup final (2019), the first in a men's European competition final (the 2019 European Super Cup) or the first to debut in a men's Champions match (Juventus- Dynamo Kiev, December 2020). She will also be remembered for refereeing the Spain-England match of the last Women's Euro Cup, with controversy over the English goal with a prior foul on Paredes.

Although her great achievement, the one that will elevate her on a planetary level, will be the next World Cup in Qatar 2022: she will be the first female referee in a male World Cup, no less than in a country that discriminates against women. All a wink from FIFA for gender equality, and an act of image of the supposed openness of the restrictive Qatari regime.

Real Madrid-Celtic this afternoon will be only Frappart's second game in the men's Champions League. In the women's he already directed a classic, the Barça-Madrid in the quarterfinals (5-2). This year, in Europe, she has directed two Europa League matches, plus another three in the Nations League and two more World Cup qualifiers.

For Real Madrid, being refereed by a woman at the Bernabeu should not be a novelty. The pioneer Carolina Doménech –from Segunda B– did it in a friendly against Atlético, the 2012 Madrid Trophy, in 2002. She won 3-2.