Franco and the Immaculate Reception

Without going into the reproductive and technical aspect of the matter, which is increasingly complicated (Australian law recognizes 33 gender identities, including neuter, medium, double, triple and multiple), the Catholic dogma of the Immaculate Conception affirms that the Virgin Mary was always free from original sin through the merits of her son Jesus Christ. 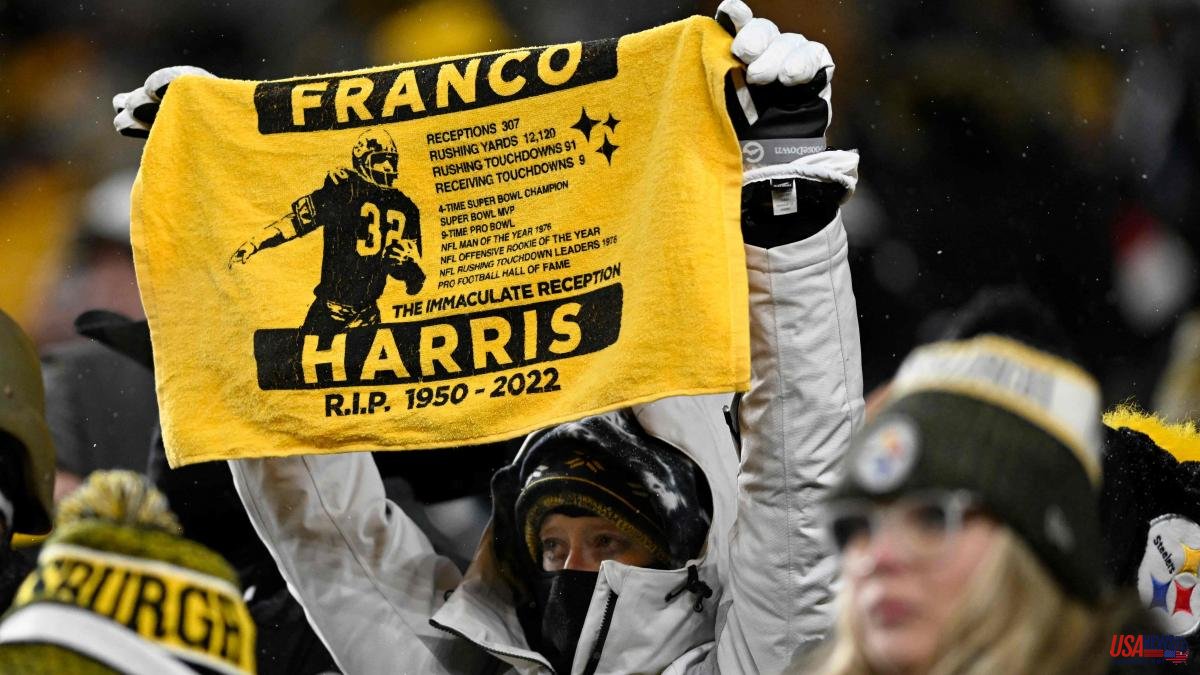 Without going into the reproductive and technical aspect of the matter, which is increasingly complicated (Australian law recognizes 33 gender identities, including neuter, medium, double, triple and multiple), the Catholic dogma of the Immaculate Conception affirms that the Virgin Mary was always free from original sin through the merits of her son Jesus Christ. During the Franco regime, given the relationship between the dictatorship and the Church, questioning it was highly frowned upon.

The dogma of the Immaculate Reception also has to do with Franco, but it is a very different thing, no matter how much sport is a religion for many. Basically it is the belief that Franco Harris, a football player for the Pittsburgh Steelers in the 1970s, was legally caught, albeit off-rebound, by a ball thrown by quarterback Terry Bradshaw on a frigid December 23, 1972 in a game. of the playoffs against the Oakland Raiders, with twenty-two seconds left, and ran with it forty yards to score the winning touchdown. They just turned 50 years old.

It is a highly controversial dogma, just like that of the Immaculate Conception for non-believers, with many incredulous, especially among fans of the Raiders (an itinerant franchise that today has its home in Las Vegas). Half a century ago there was nothing like VAR, matches weren't broadcast locally (even though all tickets were sold), and cameras barely covered a couple of angles. The rules have changed, but back then a pass that bounced off a teammate, even accidentally, was not a legal catch. Bradshaw's, launched desperately, hit its recipient, John Fuqua, marked by Jack the assassin Tatum, and, when he was about to touch the ground, he was miraculously caught by running back Franco Harris, who ran midfield and made a touchdown with the clock almost down, amid general delusion and disbelief (the Steelers were a lousy team, having only made the playoffs once in forty years, though things would soon change).

The Immaculate Reception is the most iconic, and most repeated play, in all of NFL history. The referees, perhaps in order not to complicate their lives, estimated that the ball had grazed Tatum almost imperceptibly, which validated the pass, although this cannot be seen in the images, in which it is not clear whether it touched the ground before if sacked by Harris, in which case it would have been an incomplete pass. All dogmas have an element of mystery, and the protagonist himself maintained that he was not sure what had happened, that everything had happened very quickly.

That day the legendary John Madden's Raiders were favorites, even though the game was played at Three Rivers Stadium in Pittsburgh. In a very defensive game, it was 0-0 at half-time, but after the continuation the locals went ahead 6-0 with two field goals. Oakland took a 7-6 lead with a touchdown, and with time running out, many fans went home assuming another loss. It is then that the Immaculate Reception took place.

The Steelers lost in the next round to Miami, but that game was the beginning of a glorious era, with Bradshaw and Harris as stars, and in a span of eight years they won four Super Bowls. Everything was planned to commemorate the 50th anniversary of the play last weekend, in a reissue of the game against the Raiders, but the protagonist died unexpectedly four days before. The life have this things.