Francis Roig: “No news good news; Nadal's foot does not give problems 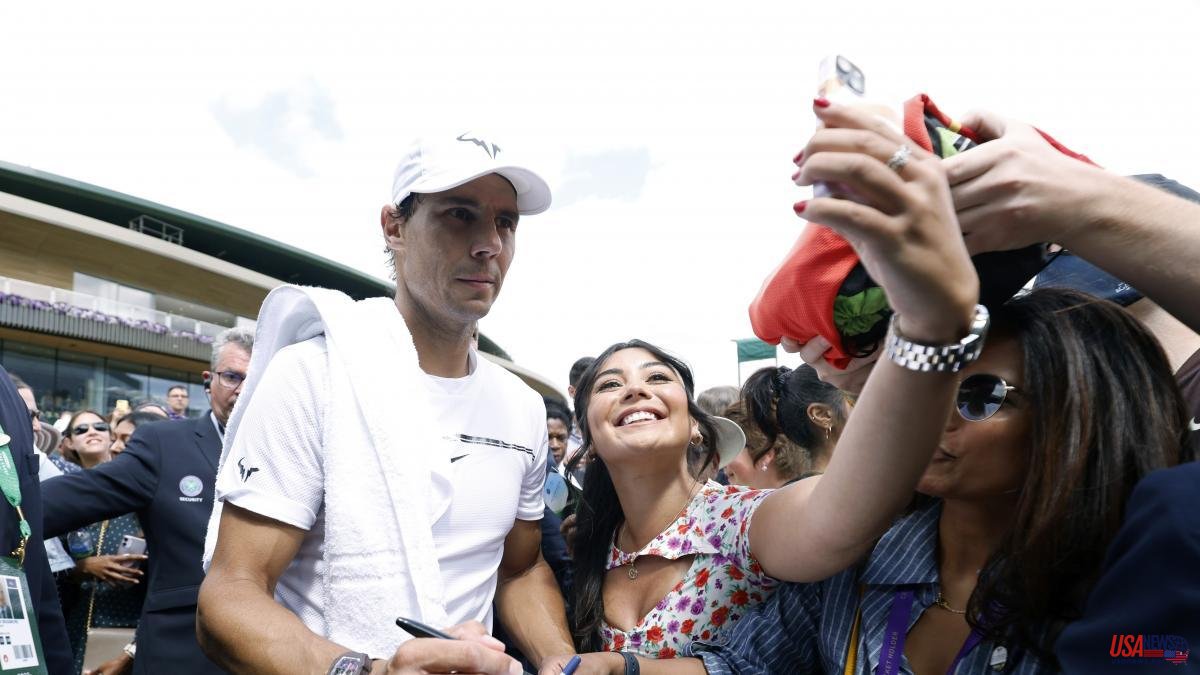 –How do you want it? First serve or second serve? –Marc López asks from one side of the track.

And López, adventure partner in another time (together, both had been Olympic gold in the double in Rio 2016; today they rally on tracks around the world), advances a couple of spans, steps on the T of the track and launches a racket.

Nadal replies from the other side, and the topspin goes inside and bounces off a mat and, almost without force, hits the chin of a spectator who had been distracted by the mobile screen.

Nadal apologizes and the girl starts laughing and the public, too.

The chronicler turns his eyes towards the flirtatious grandstands and notices that there, on court 16 of the All England Club, there is no room for a pin.

Isn't this just a training? Isn't Novak Djokovic playing just a step away from that place, on Center Court?

Nadal follows his own, experiments with the volley and the rest, spends a good time testing things that are perhaps not so essential when he handles on clay, and at the long hour of the session he picks up the towel, sits on the bench, plays with the mobile as the induced spectator did minutes before, and that's it.

The session is over.

Now yes, the public of track 16 leaves the place quickly to immerse themselves in the bowels of the Center Court and the chronicler imagines the scene from a bird's eye view: he thinks he can see white ants pushing their way through the corridors of the enclosure.

Francis Roig (54) had been an interesting doubles player in the 80s, before allying himself with Toni Nadal and enlightening his nephew (he has been with the Manacorí throughout his career), and he is also a quiet man who stops to chat with a well-known to despair of Pérez-Barbadillo:

Then we go up a side staircase, appear on a landing, and stop to talk:

-What does Taylor Fritz (24) have that other tennis players do not have?

(Nadal faces the American giant this Wednesday, already in the Wimbledon quarterfinals)

-Fritz... -Roig thinks-. From a young age he promised. Then he had an impasse and today his tennis has evolved. This year he has won Indian Wells! Every time he moves better, he has advanced in the ranking (he is 14th, at the beginning of the year he was 23rd). On grass he is a precise tennis player who makes the ball run.

-In Indian Wells, in fact, he knocked Nadal down... -he is told.

-Well, that's not worth assessing (Nadal played with a broken rib; "has any of you had a broken rib? It hurts," said the man from Manacorí the day before).

-And how is Nadal's foot?

– No news good news, that's the big news. There have been days when he has trained for four hours. In Mallorca, the treatment has worked, although when we got here we didn't know how everything would progress either. Now it is already in the second week, and Nadal in a second week is always the favorite...

-More than Djokovic? How can he knock him down?

I won't say what we can do. You understand, right?