Francia Márquez promised that Colombians would live tasty if he won the elections. 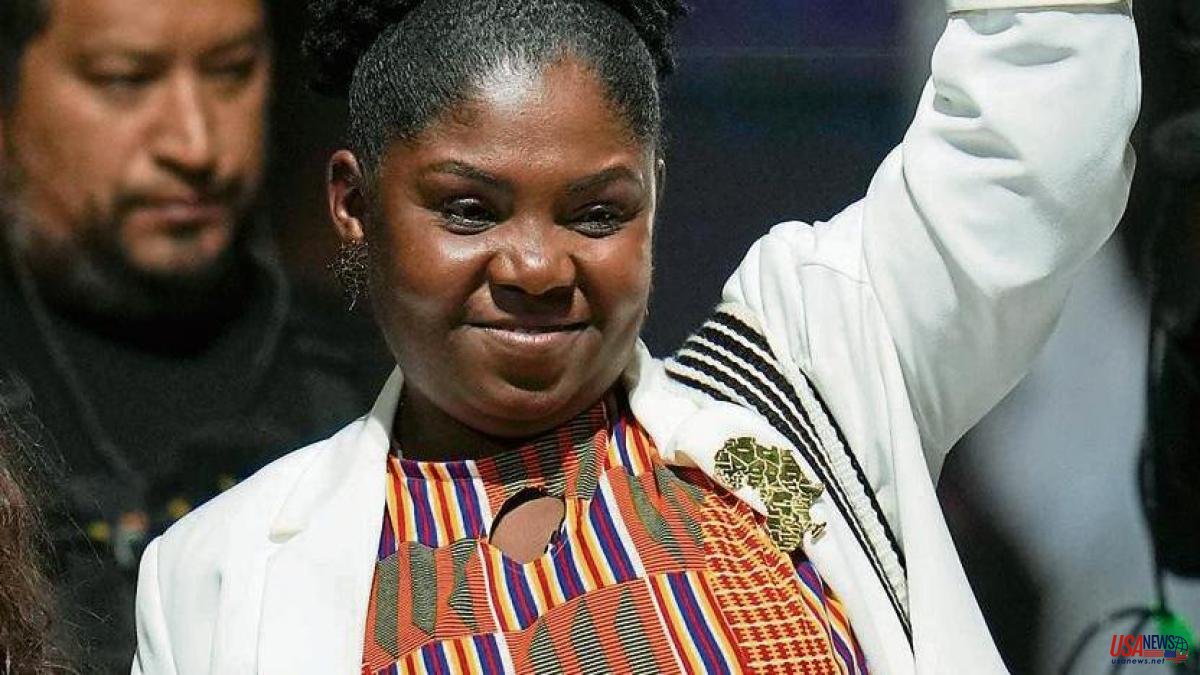 Francia Márquez promised that Colombians would live tasty if he won the elections. She will have to comply, because last Sunday she became the elected vice president of Colombia when she won in tandem with the leftist Gustavo Petro, future president. Both will take office on August 7 in a historic ceremony, since the Casa de Nariño has never been inhabited by the left.

The arrival of Petro to the presidency is a milestone but the real revolution is the irruption of Márquez. The president-elect was a guerrilla fighter and questions the establishment, but he has spent half his life living off politics. The real outsider is his vice president, who never held public office and until recently was a complete unknown.

With Márquez comes to power everything that the Colombian oligarchy tried to avoid by all means during one of the dirtiest electoral campaigns in memory. The traditional politicians – liberals, conservatives and Uribe supporters – and the economic power supported the right-wing populist Rodolfo Hernández – the Colombian Trump – to stop the arrival of a left that, despite upholding a social democratic program, implicitly carries a speech for the loss of privileges of the powerful with respect to the nobody. The excluded, the poor.

France considers itself a nobody. And not only because she will be the first black vice president of a country where the Afro-Colombian population is discriminated against.

He was born poor 39 years ago in Suárez, a municipality in Cauca, one of the regions that has suffered the most from the consequences of multiple conflicts –guerrillas, drug trafficking, organized crime, illegal mining…– in the form of endemic poverty, pollution, assassinations of social leaders or forced displacement.

The floor of his house was dirt. When she was 16 years old, she became pregnant with the first of her two children and she had to go to the Ovejas River to look for gold to support it. She also worked cleaning houses in Cali when she had to leave her community in 2014 due to the threats she suffered as an environmental activist.

It all started in 2009. A project to divert the Ovejas River to a dam led Márquez to lead a protest and legal action because it meant ending the livelihood of hundreds of poor women who, like her, are forced to become miners. in search of a few grams of gold. The Supreme Court ended up giving him the reason and the diversion of it was paralyzed, although later illegal industrial mining arrived with the increase in mercury contamination.

The threats intensified in 2014 by promoting the "March of the Turbans." One hundred women, most of them Afro-descendants, walked 600 kilometers to Bogotá to lock themselves up in the Ministry of Justice for several weeks until their complaints were heard, which earned them the national Human Rights award in 2015.

The conservative government of Juan Manuel Santos included her in 2014 as a representative of the victims of the armed conflict in the peace negotiations in Havana with the FARC guerrillas, which was not an obstacle to publicly confronting the president in 2016 for failing to comply commitments to indigenous and Afro-Colombian communities.

The achievement of the Goldman prize –the Nobel Prize for ecology– not only gave him international repercussion, but with the money from the award he was able to finish paying for his law studies in Cali, which culminated in 2020. However, the threats did not stop –her children went into exile–, as has been seen in the campaign, always surrounded by escorts at rallies with bulletproof shields deployed, like Petro.

She was not Petro's favorite vice-presidential candidate, but the former mayor of Bogotá had no choice but to accept her by achieving 785,000 votes in the Historical Pact primaries, behind him, and was the third most voted in the country of all coalitions. .

In the campaign, the streets were filled with posters with his face and the slogan: "Let's live tasty." “After 214 years we achieved a government of the people, a popular government. The government of the people, of calloused hands, the government of ordinary people, the government of the nobodies and the nobodies of Colombia”, said Márquez in the victory celebration speech last Sunday. "We women are going to eradicate the patriarchy of our country," added the elected vice president, who will also be Minister of Equality. "We are going for the rights of our mother earth, of the big house, to take care of our big house, to take care of biodiversity," she continued. “We are going to eradicate structural racism,” she concluded.