France wants to shield abortion in the Constitution

The French National Assembly has taken this Thursday a first step, very important but not yet definitive, to protect the right to abortion in the Constitution. 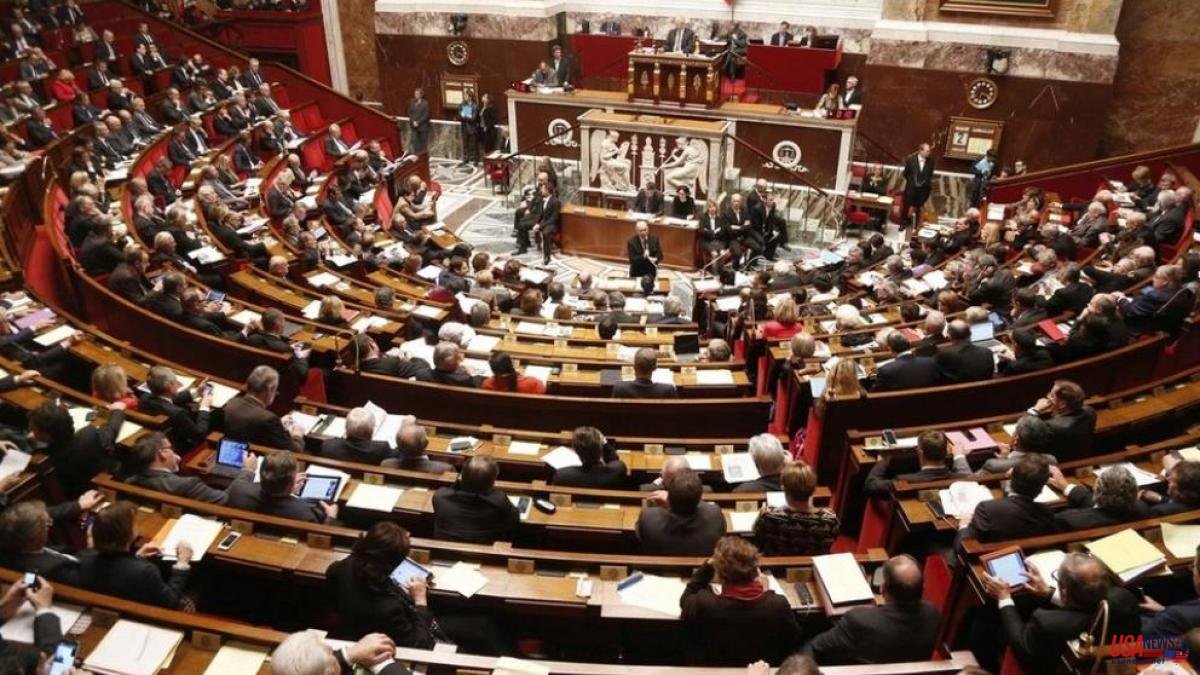 The French National Assembly has taken this Thursday a first step, very important but not yet definitive, to protect the right to abortion in the Constitution. The amendment in the Magna Carta received 337 votes in favor, 32 against, and 18 abstentions. The Senate is still missing, with a conservative majority and reticent to the project, so the constitutional change may still take a long time to materialize.

The approval was made possible thanks to the sudden agreement reached between the promoters of the amendment, the La Francia Insumisa (LFI, radical left) party, led by Jean-Luc Mélenchon, and the centrist and center-right majority that supports President Emmanuel Macron. Article 66 of the Constitution should be amended to include this phrase: "The law guarantees the effectiveness and equal access to the right to voluntary termination of pregnancy."

A majority of the deputies present from the National Regrouping (RN, extreme right) voted in favor. The Republicans (LR, right) split. These parties considered it a waste of time to address this constitutional amendment because they understood that the right to abortion is consolidated in France and nothing threatens it.

The promoters of the constitutional shielding of abortion maintain, however, that this step is necessary to avoid any regressive temptation in the future, any regressive impulse, as has happened in the United States or in some European countries such as Hungary.

The Minister of Justice, Éric Dupont-Moretti, congratulated himself on a "historic vote" that is "a great honor" and "a great emotion". According to him, this legislative initiative was "more than necessary in these troubled times"

The approved text does not include LFI's initial claim to also include the right to contraception. It was a concession for the sake of compromise. But in the Senate, the upper house, where the Republicans dominate, the amendment has little chance of prospering, unless there is a change of attitude. A similar proposal already failed on October 19. Being a constitutional amendment, it needs to be approved, in identical terms, by both chambers, before being submitted to a referendum. If the government takes the initiative with another proposal, it could go ahead, although it will take time, perhaps several years.