France says it avoided deaths in the Champions League final

The French Minister of the Interior, Gérald Darmanin, defended this Monday the actions of the police in the face of the organized chaos outside the Stade de France, last Saturday, before the Champions League final between Liverpool and Real Madrid. 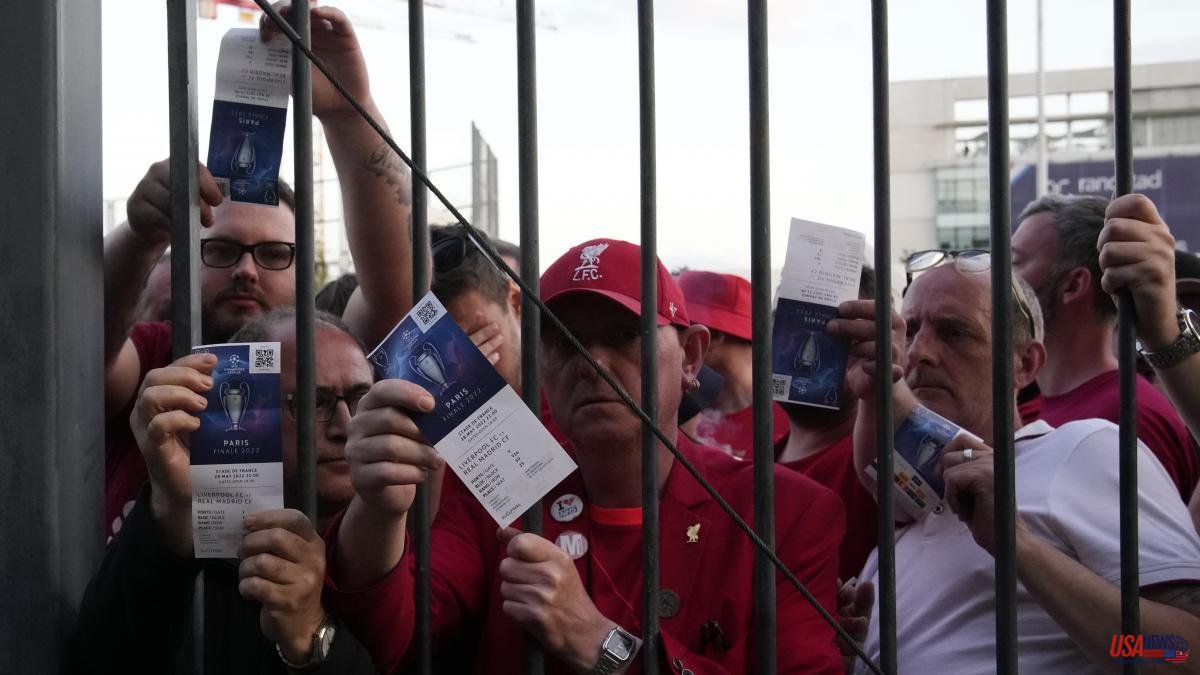 The French Minister of the Interior, Gérald Darmanin, defended this Monday the actions of the police in the face of the organized chaos outside the Stade de France, last Saturday, before the Champions League final between Liverpool and Real Madrid. "The decisions taken prevented deaths and serious injuries," Darmanin insisted on several occasions at a press conference in Paris.

According to Darmanin, the main reason for the problem was "massive, industrial fraud" with tickets from British fans. 80% of the tickets reviewed in the first leak to access the stadium proved to be false. In the second control, even 15% were counterfeit. The minister said between 30,000 and 40,000 Liverpool fans turned up without a ticket or with a forged one. Darmanin stressed that there was, however, no problem with the Real Madrid supporters.

The figures given by Darmanin are questioned by the French press. They are probably very exaggerated. They do not correspond to the arrests for counterfeiting, which were very few. In addition, there are shadow areas that raise additional doubts about the official version. The minister admitted, for example, that 2,700 British fans with valid but unactivated tickets were unable to enter the stadium. The new Sports Minister, Amélie Oudéa-Castéra, said that formulas will be sought, in coordination with UEFA, to compensate these people.

The French authorities are clearly on the defensive in the face of the avalanche of criticism received by the organization of the sporting event. Management capacity is questioned for the 2024 Olympics.

Despite his resistance to the 'mea culpa', Darmanin had to admit that one cannot be proud of what happened, of the images of people with valid tickets, including children, who were victims of police tear gas. The minister indicated that they would study punishing those responsible for specific actions that, according to him, do not tarnish the success of having avoided deaths and serious injuries. Darmanin and Oudéa-Castéra admitted that public flows were not well managed and that this should be corrected in future occasions. One of the reasons for the collapse that was experienced was due to the strike of the RER-B suburban railway line. Darmanin also alluded to the criminal acts carried out by local youths from the Saint Denis suburb. The head of the Interior specified that the police effort focused more on avoiding serious incidents with English fans than on combating theft and other crimes.