The French Prime Minister, Elisabeth Borne, and 15 members of her government concluded an important visit to Algeria on Monday aimed at recovering a preferential relationship with the North African country. 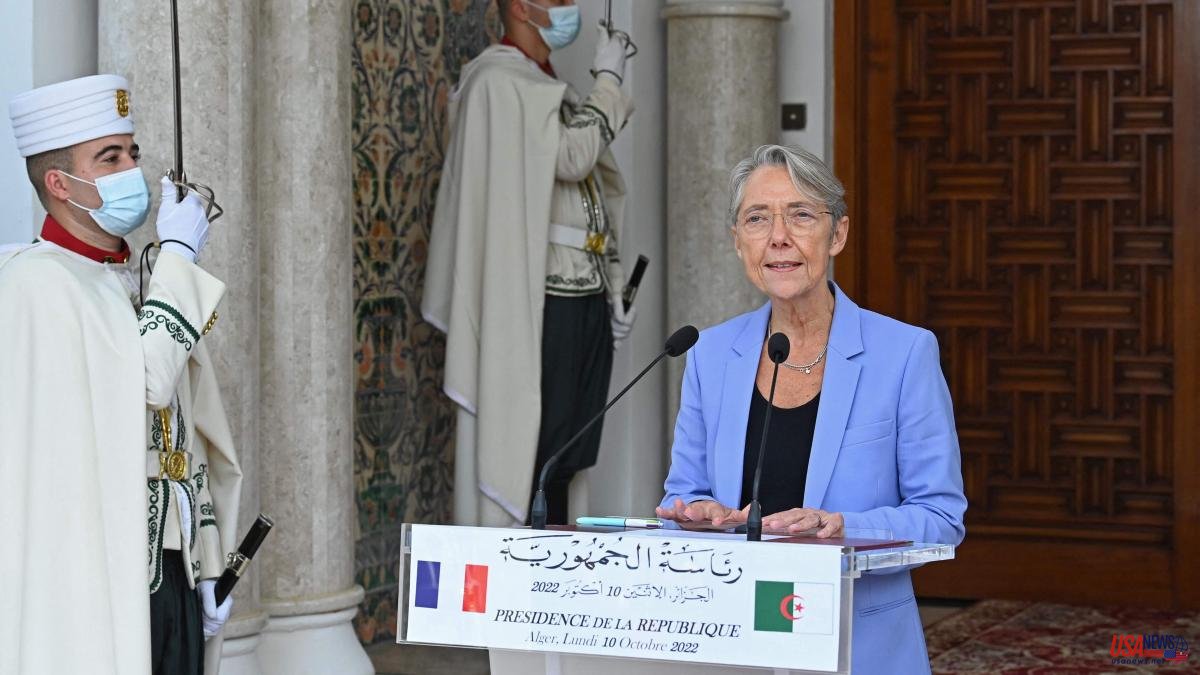 The French Prime Minister, Elisabeth Borne, and 15 members of her government concluded an important visit to Algeria on Monday aimed at recovering a preferential relationship with the North African country. The trip, in the midst of the crisis over gas supply to Europe due to the war in Ukraine, has taken place after the one made in August by President Emmanuel Macron, whose objective was to overcome the bilateral crisis and the tensions of recent years.

During this trip, Borne's first abroad since he assumed the leadership of the Executive, more than a dozen cooperation agreements in business, industrial, technological, cultural and tourist matters have been signed. Borne said today that the visit has served to advance "towards a renewed cooperation inscribed in the long term".

Although the issue of Algerian gas and the possibility of increasing the flow of this energy to Europe was not on the official agenda, it is obvious that the issue was planned in the meetings of the ministers and those that Borne held with the Algerian president, Abdelmajid Tebboune, and with the head of the Government, Aïmene Benabrrahamne. According to Borne, who always maintained a very cautious and diplomatic tone when addressing the press, the purpose is "to continue advancing with Algeria" so that it increases its gas production capabilities.

Between Algiers and Paris there have been misunderstandings and differences in recent years aggravated by deep sensitivities stemming from the long period of French colonization, between 1830 and 1962, and the war of independence. Macron's attempt to build a common historical memory has run into difficulties. Nor have the French president's harsh comments about the Algerian regime and the way in which he represses liberalization attempts been helped.

One of the points of friction between the two governments is the granting of visas by Paris to Algerian citizens who intend to travel to France for business and educational reasons. France has restricted this possibility to pressure Algiers to accept the repatriation of Algerians in an irregular migratory situation. There has been progress in the talks but no final compromise.