Fox Sports chose not to air Amy Schneider, "Jeopardy", champion throwing out a pitch in the network's coverage this weekend of a San Francisco baseball game. 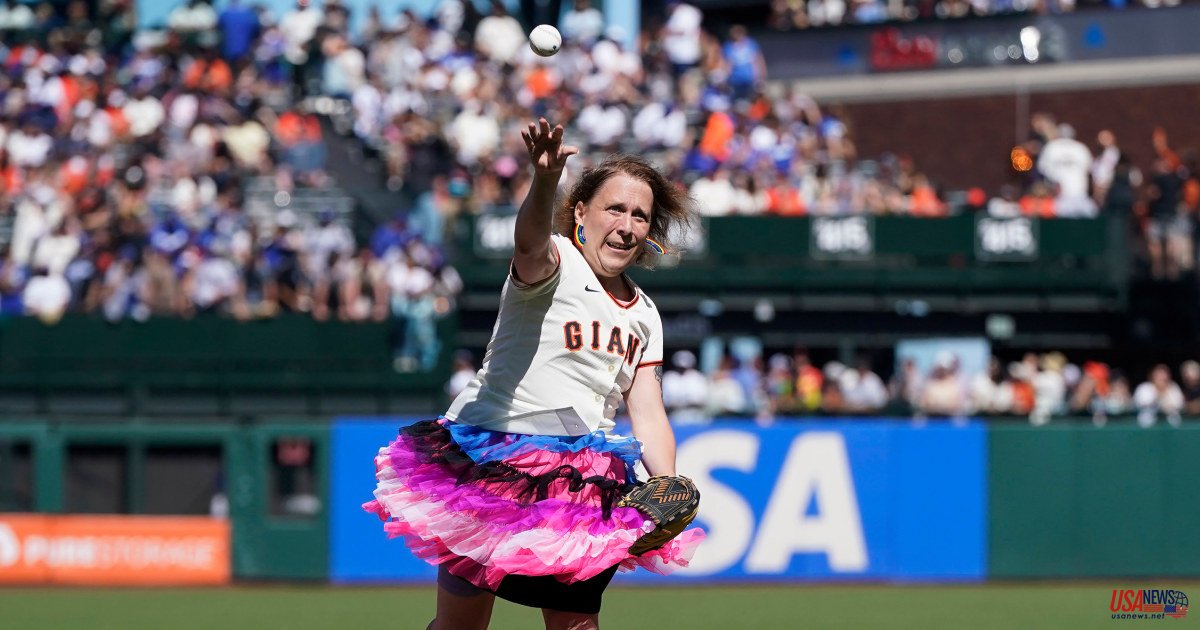 Fox Sports chose not to air Amy Schneider, "Jeopardy", champion throwing out a pitch in the network's coverage this weekend of a San Francisco baseball game. Instead, it showed footage of Kurt Busch, NASCAR driver, making a ceremonial throw.

This unexplained snub gained even more weight after Schneider, the first transgender women to be selected for "Jeopardy" Tournament of Champions, appeared Saturday at Oracle Park as part of Pride Day.

Fox Sports didn't air Schneider's toss, but it did carry the game regionally. Instead, Fox Sports aired Busch throwing out his first pitch at Oracle Park on Thursday prior to the Giants playing the Colorado Rockies.

The placement of the Busch footage without mentioning it had occurred 48 hours prior gave viewers the impression that Schneider made the throw on Saturday.

Giants broadcaster Duanekuiper said to fans Sunday on NBC Sports Bay Area, "I wanted a correction from the Fox broadcast yesterday," "The broadcast implied Kurt Busch had thrown out the first pitch yesterday, which was false."

Kuiper said, "It was Amy Schneider of 'Jeopardy" fame who threw the first pitch yesterday on Pride Day." "So I wanted to make sure she got what she deserved."

Both the Giants and Dodgers put aside their old rivalry and wore caps with rainbow colors, instead of L.A.’s white and San Francisco’s orange.

On Monday, representatives for Fox Sports did not respond to multiple messages sent by NBC News.

Outsports.com co-founder Cyd Zeigler said that he would be willing to let Fox off the hook for oversight.

Zeigler understood the pain of viewers who were upset by the snub but denied that there was any malicious intent.

"Is this some momentary transphobia?" Zeigler stated that it was not. It's unfortunate that this happened, and it's wonderful that the announcers next day spoke about it. This is not an attempt to eradicate the LGBT community. It's not only embarrassing, but it's also stupid.

Schneider refused to comment on Monday's Fox snub and expressed gratitude for the opportunity to visit the Oracle Park mound.

She stated that she was a baseball fan for all of her life and that it was an incredible opportunity to be able to walk on the field and throw the first pitch.

"I also wanted to mention for the record that during my practice session, I was only getting it over the plate half of the time. So that pitch didn't represent the best I can do."