Four mistakes that brought the world closer to a nuclear war

The war in Ukraine has dusted off problems and fears that seemed forgotten, such as hunger, inflation, violence in Europe and, of course, the risk of using atomic weapons, a ghost, the latter, that Russia has not stopped shaking from the start of the invasion. 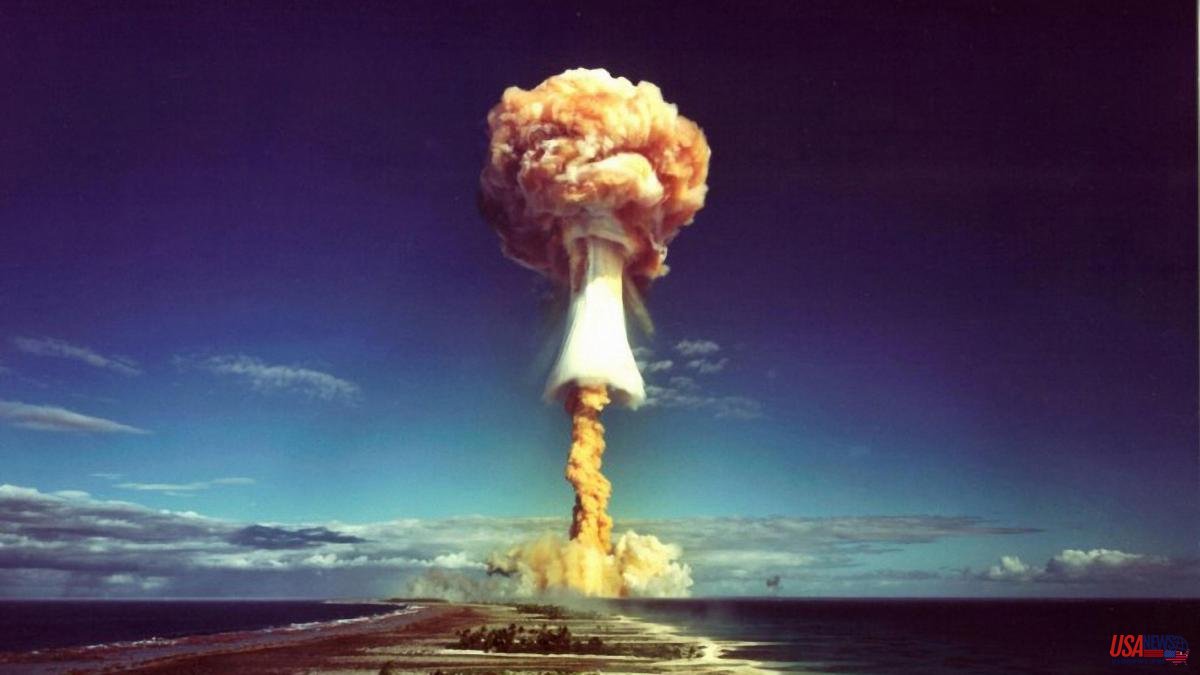 The war in Ukraine has dusted off problems and fears that seemed forgotten, such as hunger, inflation, violence in Europe and, of course, the risk of using atomic weapons, a ghost, the latter, that Russia has not stopped shaking from the start of the invasion. In the field of nuclear weapons, the world today is very different from that of the 1960s and 1970s, and in certain aspects worse, because there are more countries that have this technology or are close to having it.

“Nuclear rearmament” is the title of the new edition of Vanguardia Dossier, which warns that thirty countries have already flirted with this type of weaponry and, along the same lines, The Economist spoke last week of “A new nuclear era”. The British weekly warned of the "weakening of the moral repugnance that stops the use of nuclear weapons" as the memory of Hiroshima has faded, and warned of the risk that a large number of countries are willing to use this technology.

But the risk does not come only from intentional actions, as happened with the crisis in Cuba (1962), but also from technical or human errors, such as those that occurred on at least three occasions during the cold war and another after the fall of the USSR. . The information on these incidents, to which several minor cases could be added, has gradually become known in subsequent years, although it is not ruled out that new situations of this type will become known in the coming years. Knowing how humanity has been minutes from the abyss several times is not at all reassuring.

At nine o'clock in the morning on November 9, 1979, defense alert systems detected more than 200 missile launches from the USSR towards US territory. President Jimmy Carter, who had been hit by the Iran hostage crisis four days earlier, would have only three to seven minutes to give the order to respond to the attack. Seconds after the first alarm, more than 2,000 rockets were already counted. American fighter planes took flight.

But a few minutes later the United States satellite system, capable of detecting the launch of this type of projectile anywhere in the world, reported that there was no record of any. “The official explanation of this unprecedented failure ensures that everything was due to the error of a computer from the air defense center,” La Vanguardia explained at the time.

Apparently, someone had mistakenly entered a simulation used in practice into the air defense computer system, and a panic ensued from there. Possibly if it were not for the fact that a senator was able to verify in situ the climate of hysteria that was experienced in the headquarters of the air high command, the incident would not have transpired. The concern raised was such that Soviet leader Leonid Brezniev sent a letter to Carter in which he allowed himself to scold him saying that "I think he will agree with me that there should be no mistakes in this type of matter."

At the beginning of the 1980s, the cold war went through delicate moments. Western strategic decisions such as the deployment of Pershing II missiles in Europe, the ideological withdrawal of Soviet leader Yuri Andropov and the belligerent rhetoric of the United States fueled a particularly tense climate. In March 1983 Reagan had referred to the USSR as the "evil empire" and in 1984 he publicly joked about a nuclear bombing on Soviet soil.

That was the context when on September 1, 1983, a USSR fighter plane destroyed a South Korean commercial plane that had mistaken its route. 269 ​​people died. At the end of that same month, on the 26th, Soviet detection systems picked up the signal of five intercontinental missiles heading for the USSR. Commanding the control center, Lieutenant Colonel Stanislav Petrov's role was to notify his superiors of the attack, which, according to the protocols, very possibly would have led to an immediate response and triggered a nuclear confrontation. But Petrov did nothing.

Between the newly released detection technology and his instinct, the officer trusted the second because he believed that an attack against his country would not be limited to just five nuclear bombs. “23 minutes later I saw that nothing had happened”, he would recount years later, to add that “we are wiser than computers, after all we created them”. And indeed, the technology had failed.

Petrov's story was not fully known until 1988. He never received recognition from the Soviet authorities who, on the contrary, assigned him a worse fate considering that he did not respect protocol. After the fall of the USSR he was the object of tributes around the world, until his death in 2017.

In that rarefied climate of autumn 1983, the idea that the United States was preparing a nuclear attack was widely circulated in Moscow. In the defense culture of the USSR, the historical background of the German invasion, which had caught the country by surprise, still weighed heavily, and in some moments of great nervousness such as that, the ghost of 1941 was strongly resurrected.

On November 2 NATO's Able Archer maneuvers began, an exercise that was based on a hypothetical escalation that led to a nuclear conflict. The maneuvers were so realistic and the relations between both blocs so bad that the Soviets believed that Able Archer could indeed be the prelude to a real nuclear attack. And they believed it to such an extent that, according to information revealed last year, the Pentagon detected that Soviet bombers stationed in East Germany were placed on alert and equipped with nuclear weapons to respond to an attack that was believed imminent.

The problem was that the Americans were unaware of the state of nervousness that had taken hold of the Kremlin, so these bombers were interpreted as an offensive maneuver: Was the USSR preparing for an attack? The next step in an escalation would have been a pre-emptive US operation with incalculable consequences.

The only one of the incidents after the fall of the USSR was also one of the most absurd. On January 25, 1995, at a time when the Cold War was in the past, US and Norwegian scientists launched the largest weather sounding rocket ever known. The device, which left the island of Andoya, was designed to fly at an altitude of 1,400 kilometers and far from the Russian border.

Although Russia and 29 other countries had been warned of the launch because it was thought the rocket could be mistaken for a military device, this warning never reached Russian radar operators. And they interpreted that a missile with an atomic head prepared to explode at altitude was approaching their country.

What followed were a few brief but nervous moments, in which the nuclear briefcase was handed over to then-Russian leader Boris Yeltsin, who was debating what to do with his defense minister in a moment of great confusion. “Little is known of what Yeltsin said, but these may have been some of the most dangerous moments of the nuclear age,” The Washington Post explained a few years later. Finally, the alert level was deactivated after the true nature of the supposed threat was clarified.

As Geoffrey Forden, a researcher at the Massachusetts Institute of Technology (MIT) pointed out, these incidents show that the danger of triggering an atomic war by mistake lies not so much in the accidental activation of a nuclear weapon, but rather in the fact that the defense misinterpret the information they collect. And at the top of these systems, the reaction of the leaders is critical, although the antecedents are not entirely reassuring. The journalistic literature on Yeltsin's addiction to alcohol is very extensive, in the same way that today it is known that Nixon constantly stirred up the use of the nuclear button among the circle closest to him and, therefore, more aware of his addiction to alcohol. the drink.

But the positive side of the failures, which exist, is that despite the errors produced at the first level of the defense systems, the subsequent filters corrected them.