With an exciting two-hour gala, Mirna Lacambra celebrated yesterday at La Faràndula the 40th anniversary of Amics de l'Òpera de Sabadell, the association she founded with enthusiasm when in Catalonia –and practically in Spain– opera could only be heard at the Liceu . 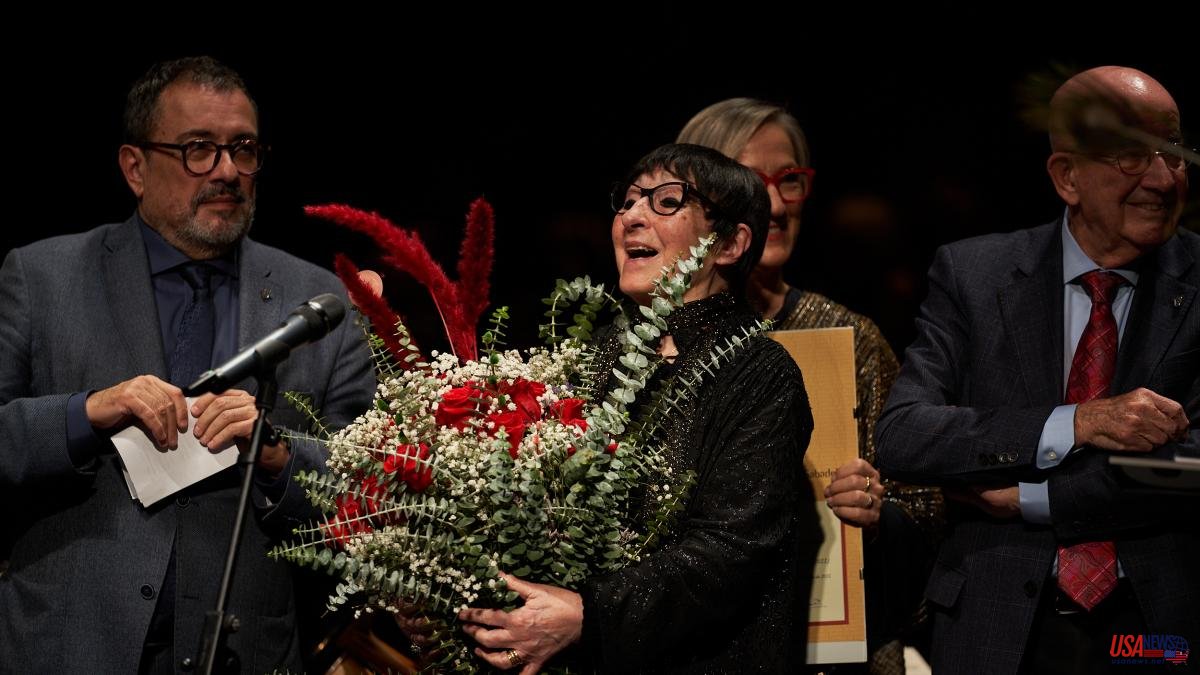 With an exciting two-hour gala, Mirna Lacambra celebrated yesterday at La Faràndula the 40th anniversary of Amics de l'Òpera de Sabadell, the association she founded with enthusiasm when in Catalonia –and practically in Spain– opera could only be heard at the Liceu . "Thank you all for having believed in my fantasies", she said, about to be honored with bouquets of flowers. His thanks were addressed to the Catalans in general and to the members in particular – “they have been faithful believing in our dreams and enjoying our ideas” – as well as to the Cor d'Amics de l'Òpera de Sabadell – “who have shown of great professionalism”– or the Simfònica del Vallès, “who knew how to assume ownership to promote the Òpera a Catalunya cycle 35 years ago”. Also to the board, whose secretary, the lawyer Antoni Quintana, has been active since the beginning. And to all the theaters in the Òpera a Catalunya cycle, to the Sabadell City Council or to the Generalitat: "The Ministry of Culture has enthusiastically welcomed the project of taking opera to Catalonia", said the project's alma mater, who gave thousands of thanks to Banc Sabadell and its foundation for their support: “Forty years is a long time for a bank!” he stated.

The long-lived soprano and director of the Escola d'Òpera that she founded in 1996 was not the only one honored at a music and recognition gala. In the presence of Minister Natàlia Garriga and the Deputy Mayor of Sabadell, Montse González, among other political representatives, the presenter –and formerly a singer in this square– Ramon Gener recalled that in these four decades AAOS has celebrated almost a thousand performances with 64 titles, and reached 26 cities.

The surprise of the night was the awards ceremony. The first for maestro Albert Argudo, the first holder of the OSV. The following ones, for the orchestra itself and the choir, and for the critic Roger Alier "for his indefatigable support".

Four voices closely linked to the association poured out arias and duets at the evening: the soprano Maribel Ortega, who in this square has been Norma, Leonora, Lady Macbeth or Turandot; the mezzo Laura Vila (Carmen, Maddalena, Fenena...); the tenor Albert Casals (Nemorino, Romeo, Don Carlo...), and the baritone Luis Cansino (Germont, Scarpia, Rigoletto). Directed by the maestros Xavier Puig, Elio Orciuolo and Daniel Gil de Tejada they sang pieces by Anna Bolena, Don Carlo, Werther or Andrea Chénier, to end together with the beautiful Finale by Guglielmo Tell.

With the thousand seats occupied by a fervent audience – there was no shortage of the Sabadell-born composer Benet Casablancas – the theater experienced a magical night. And even a “Visca Catalunya” was heard after the beautiful “Va pensiero”.