Japan has lost its most important political leader in decades in tragic circumstances. 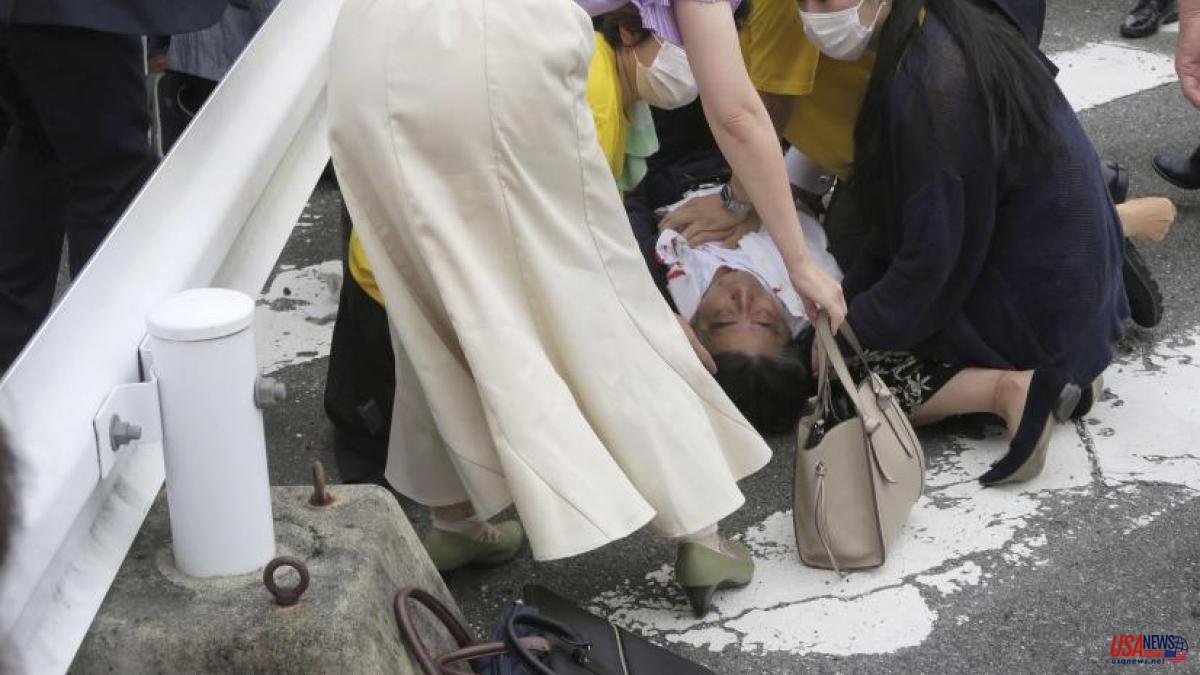 Japan has lost its most important political leader in decades in tragic circumstances. This Friday, local media reported that former Prime Minister Shinzo Abe, the president with the most years of service at the head of the country until his resignation in 2020, died a victim of the shots he received during an electoral act in the city of Nara .

The attack has shocked a nation where gun violence is rare. Abe, 67, was shot from about three meters away with what appears to be a homemade weapon. Video and images of the incident showed the former leader collapsed on the ground with blood on his shirt after two shots were heard.

"There was a loud bang and then smoke was seen," businessman Makoto Ichikawa, who was present at the scene, told Reuters. "With the first shot, no one knew what was going on, but after the second, he was shot down by what appeared to be special service policemen."

Japanese police later identified Yamagami Tetsuya, a 41-year-old unemployed man, as the suspected assailant. According to sources from the Japanese Ministry of Defense, this man from Nara worked in the naval branch of the Self-Defense Forces, in charge of the defense of the archipelago, for three years until 2005. The shooter told the police that he was dissatisfied with Abe and That's why he wanted to kill him.

Nara emergency services said Abe was injured on the right side of his left collarbone. His brother, Defense Minister Nobuo Kishi, said before his death that he was receiving blood transfusions at the hospital to which he was flown by helicopter. State broadcaster NHK also showed footage of Abe's wife, Akie, on her way by train to the center where she was being treated.

The event took place around 11:30 local time on Friday while Abe was giving a campaign speech near the Nara train station for the by-elections to the Upper House of Parliament that are being held this Sunday. In this appointment, the Democratic Liberal Party (PLD) of Abe and the current prime minister, Fumio Kishida, hopes to revalidate its large majority.

Election rallies are usually held in Japan in the middle of the street and with few security measures due to the low rate of crime and attacks with firearms typical of the Asian country.

Abe, who served twice as prime minister, resigned from the post in August 2020 citing ill health. Still, his withdrawal did not end his projection, and until his assassination this Friday he remained one of the most popular and influential national politicians.