Ford Spain has celebrated its first "I Day" this morning to present to suppliers and collaborators some twenty innovation projects, out of a total of 160 in which it is currently working. 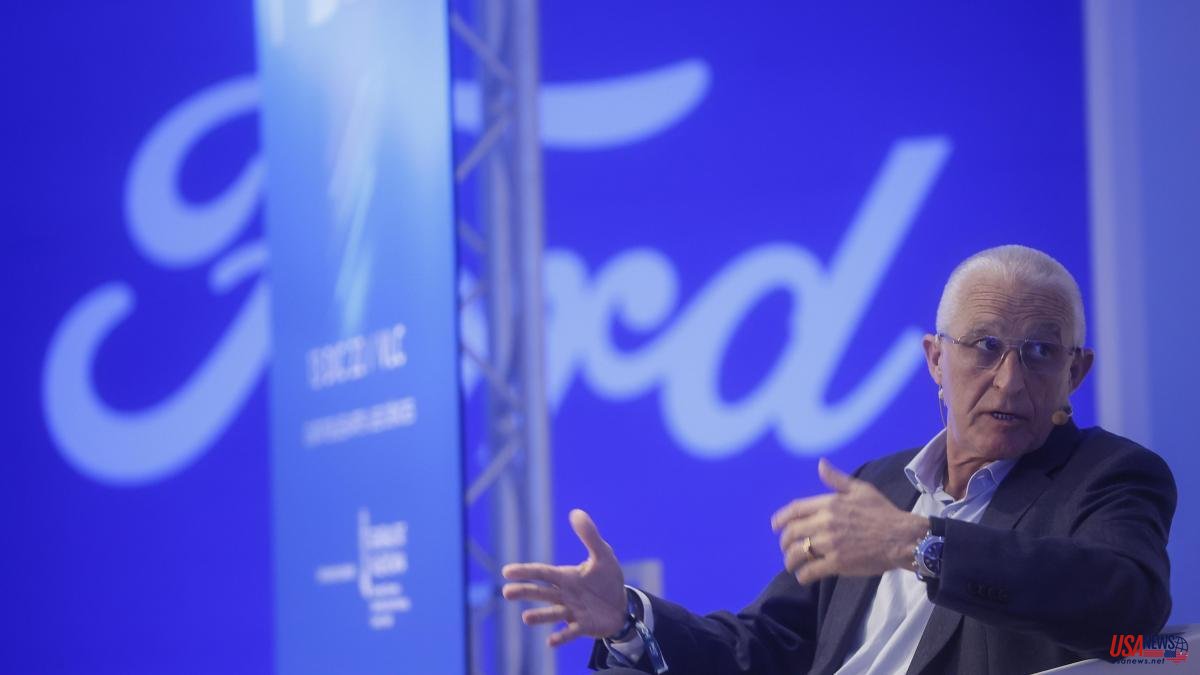 Ford Spain has celebrated its first "I Day" this morning to present to suppliers and collaborators some twenty innovation projects, out of a total of 160 in which it is currently working. He has done so in a meeting held at the Príncipe Felipe Museum, in the Ciutat de les Arts, which has served for the company to explain how some of its innovations have become standards for other factories of the firm.

An example is the Moisés project, so named because the autonomous vehicles that circulate through the Almussafes plant transporting material stray from their lanes in the event of an emergency alert, opening up like the waters when an ambulance passes by. Vicente Cortina, production engineer at the Bodywork Plant, explained it with considerable enthusiasm, since the project was recognized by the multinational and "has managed to change Ford's world standard with a standard made in Valencia," he added.

And he is not the only one, explained Dionisio Campos, director of Operations for Ford Spain, who spoke at the meeting and also spoke to the media afterwards to explain, above all, that the innovation that is done in Almussafes is "to improve the productive systems of the factory, not of the product. This is a factory of production, not of design".

Campos has defended that innovation is "a necessity for the industry due to the environment we are in, with the volatility we have and the speed of change, as well as the information needs we have to make decisions at high speed, without the innovation we are not, it is the way to compete".

Without wanting to go into figures or other current issues at the plant, Campos stressed that this process responds "to the needs that customers ask us for, depending on the technology we have and we will have to adapt our process and adapt our capabilities, We're going to have to transition like we already did."

In this transition, Ford Valencia relies on the work of Valencian SMEs and startups, as Campos explained, to whom the event has given visibility with the participation of Mónica Alegre, president of AVIA; Vicente Rocatí; director of AIDIMME and spokesperson for Redit Mobility and Nacho Más, CEO of Startup Valencia.

Today was an exercise in opening up, in becoming more known: they have explained projects adopted at the plant and exhibited demonstrations in the Museum's outdoor stands. A job to "feel proud of", highlighted Paula Carsí, Ford of Europe Innovation Manager, who has expressed that "we have to feel proud that this model is being replicated in Europe and that it will also be replicated in the US".