DETROIT -- General Motors, Ford Motor and Chrysler parent Stellantis are asking Congress to remove the cap on how many vehicles are eligible for a $7,500 tax credit. 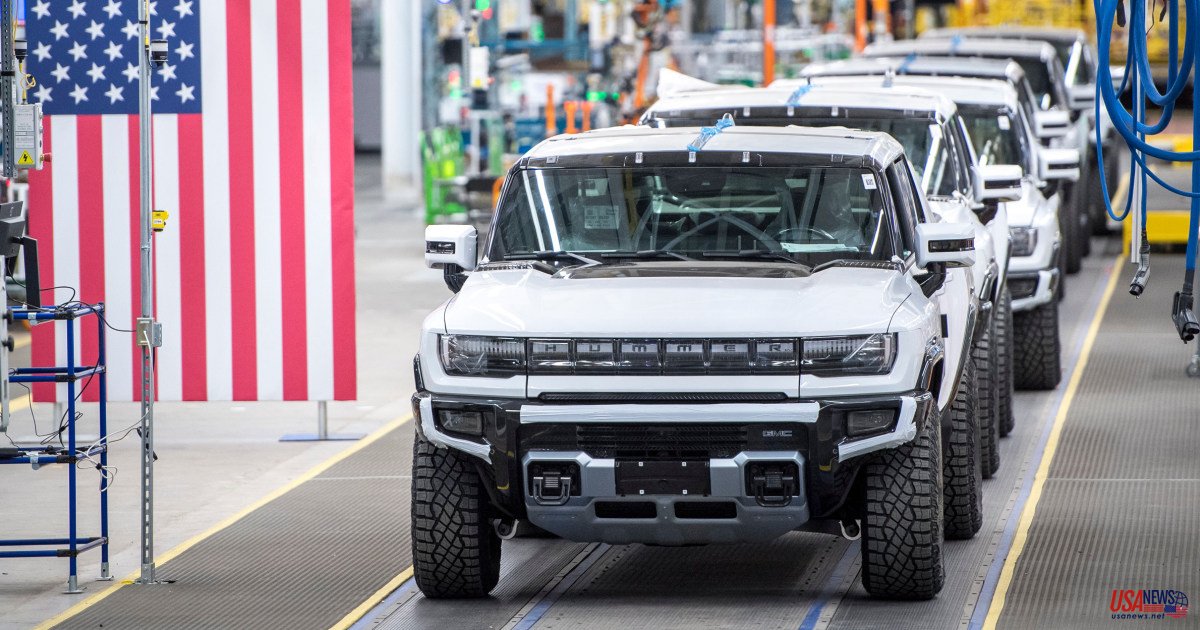 DETROIT -- General Motors, Ford Motor and Chrysler parent Stellantis are asking Congress to remove the cap on how many vehicles are eligible for a $7,500 tax credit. This will allow consumers to adopt the cars and trucks.

The executives sent Monday's joint letter to Congress stating that the credit will begin to be phased out when a company sells more than 200,000 plug-in electric cars. This is necessary to ensure the vehicles remain affordable in light of rising commodity costs.

The letter states that eliminating the cap will encourage consumers to adopt electrified options in the future.

GM and Tesla, which are leaders in electric cars, have been the only companies to exceed the limit. Other automakers will likely surpass the limit as they launch a variety of electric products.

The letter, first reported by Reuters in January, suggests that the tax be repealed once the EV market has matured.

The letter says that "The next years are crucial to the growth in the electric vehicle market" and that China and the EU continue to invest in electrification. It also states that our domestic policies must help to strengthen our global leadership in this industry.

The letter notes that the four companies pledged to invest over $170 billion by 2030 in EV development, production, and sales. This includes near-term investments of more 20 billion dollars in the U.S.

Mary Barra, GM CEO and other executives at the Detroit automaker, has argued for the lifting of the cap to ensure a level playing field. They claim that the current policy penalizes early adopters.