For a few more petrodollars 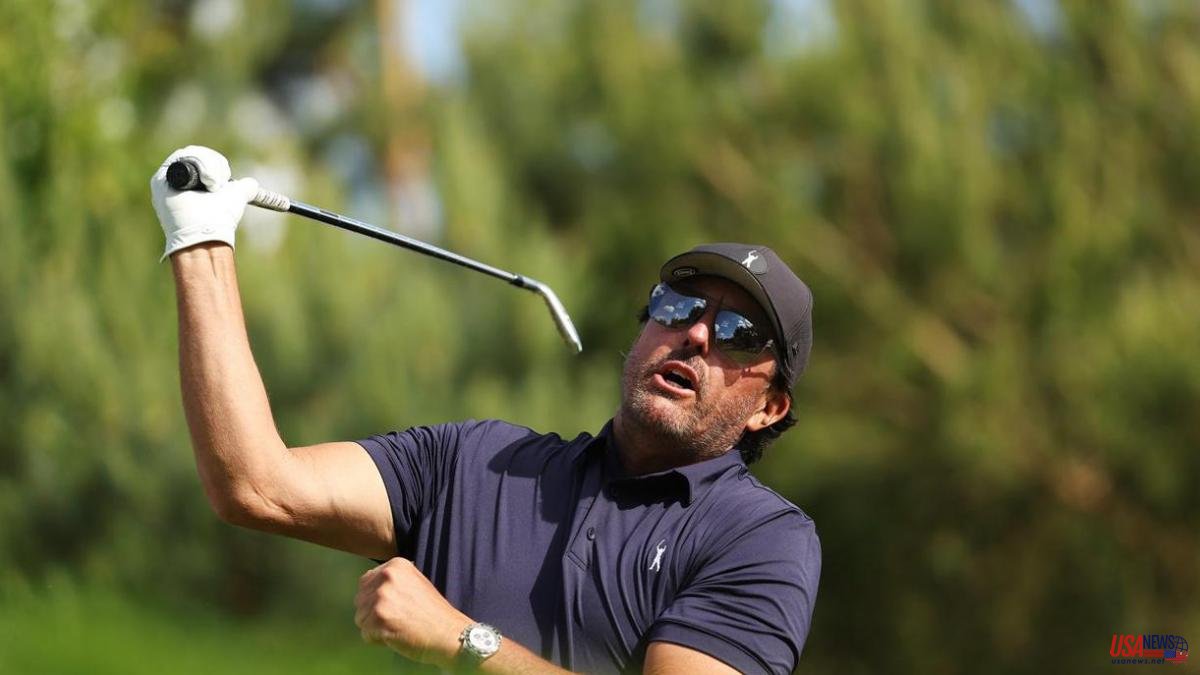 "I have lost my reputation, I have lost the immortal part of myself."

What is the rudest word in Spanish? I don't have it very clear and if I had it out of modesty I wouldn't write it here. I am clear, on the other hand, about the ugliest curse word in English and although I feel I have more room, because it does not carry the same load of obscenity for a reader of this venerable newspaper, I will not reproduce it either.

Let's say that it is inspired by the incest between mother and son and sometimes –I offer the detail for those who want to investigate the matter– the media abbreviates it with the letters “MF”.

Well, the plural of MF was the adjective that famous American golfer Phil Mickelson chose to describe the regime in Saudi Arabia. “They are fearsome MFs,” he said in an interview. “We know that Khashoggi was killed and that his human rights record is horrible. They execute people there for being gay.”

That was in February. The following month the regime led by the defender of the faith Mohammed Bin Salman (known to his friends as MBS), which ordered the dismemberment of journalist Jamal Khashoggi, cut off the heads of 81 people in one day. Last week Mickelson, winner of six Grand Slam tournaments, participated in the inaugural tournament outside London of a new golf championship sponsored by a fund of Saudi money that is chaired by MBS – or MF, as you prefer.

Never in the history of golf has there been a competition with more prize money. The total available was 24 million euros. The winner took 4.5 million, a historical record, and the last of the 48 participants, 120,000. Mickelson finished 33rd and had to settle for 143,000, but he will overcome such humiliation. According to the New York Times, the Saudis paid him 190 million simply to sign up for his championship, the same as another star of world golf, his compatriot Dustin Johnson.

Why so much? The short answer is that a person's soul is expensive. The long story is that the Saudis intend to compete with the main golf circuit, to date the PGA Tour, and, in the best of cases, annihilate it. Something like the project of the European Super League of Florentino Pérez, who aspires to disassociate himself from UEFA. The North American circuit is not happy that the Saudi championship, known as LIV Golf, has taken away several of its great figures. In what amounts to a declaration of war, they have announced the expulsion from the PGA Tour of Mickelson, Johnson and other rebels, including the Spanish Sergio el Niño García.

How do the new LIV supporters explain their desertion? With difficulty. Last week they chose an old golf rocker, Northern Irishman Graeme McDowell, to speak up on their behalf. In a press conference McDowell said: "If Saudi Arabia wants to use golf to get where they want to go, and they have the resources to speed up the process, then we are proud to accompany them on the journey."

“Where they want to go” is a happy place where they are seen by the rest of the world with admiration for their commitment to the sport and not horror at the cruelty of their medieval monarchy. Lionel Messi, who has joined this proud mission as an 'ambassador' for Saudi tourism, will be happy to know that his golf buddies see what they have done, in McDowell's words, as an attempt to 'stay at the top of the game'. moral virtue”.

There are those who disagree with this perception, including another Northern Irishman, the great Rory McIlroy, whip of the Saudi project. His refusal to sell himself for a few more petrodollars is based, he has said, "one hundred percent on a matter of morality." McIlroy made it clear that whatever they offer him, he will not be bought. As he explained last week, "any decision you make in life that is purely about money doesn't usually end well."

McIlroy is more concerned with his reputation as a person than his earnings as an athlete. Mickelson, who has begged the Saudis – almost on his knees – to forgive him for his “offensive” words, sees life differently. How will he end? It's clear. Being remembered by history as an MF. Johnson, McDowell, the Kid and the other mercenaries as well.