The death of Taylor Hawkins, Foo Fighters drummer and a member of the band since the formation released its second LP, The Color and the Shape, in May 1997 especially shocked the music world, in a year of significant losses. 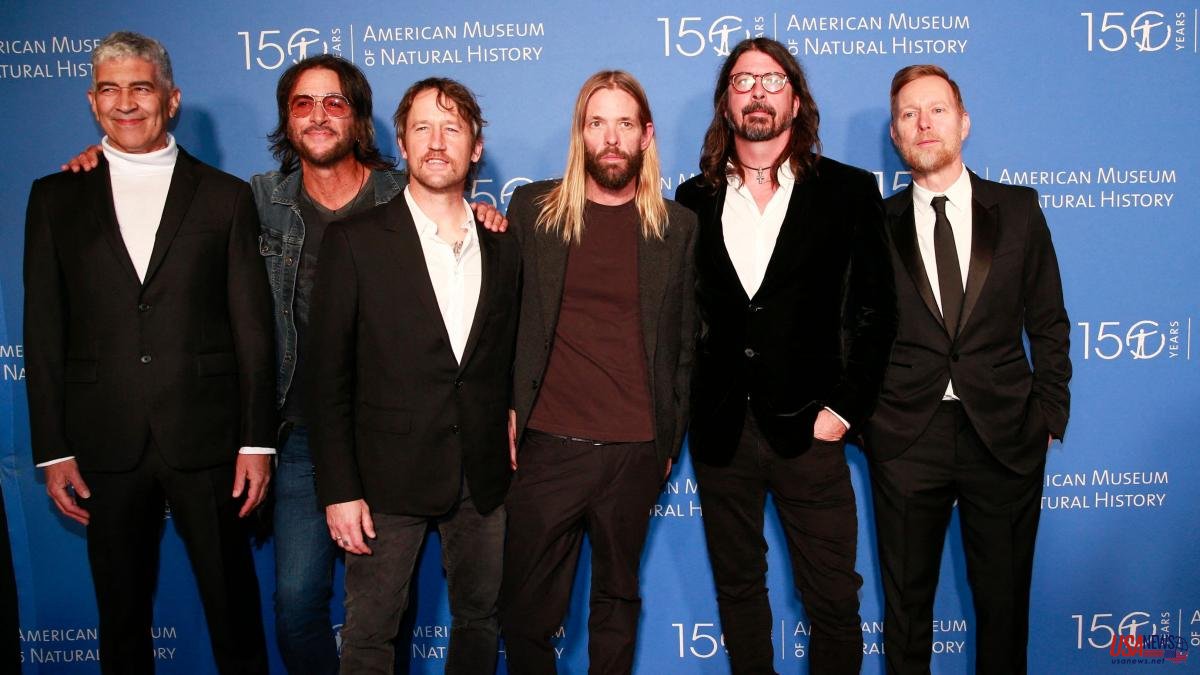 The death of Taylor Hawkins, Foo Fighters drummer and a member of the band since the formation released its second LP, The Color and the Shape, in May 1997 especially shocked the music world, in a year of significant losses.

Nine months after that March 25, 2022, while reflecting on 2022, "the most difficult and tragic year our band has ever known", the rockers Foo Fighters have remembered how grateful they are for "the people we love and appreciate most , and for loved ones who are no longer with us.” This reflection has led them to decide that they will continue as a band despite the death of Taylor Hawkins, as they explain in a publication on their social networks.

The Foo Fighters assure that "soon" they will be reunited with their fans, but that they will be "a different band in the future", since without Hawkins "we would never have become the band that we were", explains the band in the text published in its official Twitter account on the night of December 31.

The Foo Fighters, who first met 27 years ago, say they want to "represent the healing power of music and the continuation of life." "Over the past 27 years, our fans have created a global community, a dedicated support system that helped us all get through the darkest moments together," they continue.

In that same sense, the band also recognizes how much Hawkins meant to the group's fans, adding that "when we see you again, and we will soon, he will be there in spirit with all of us every night."

This announcement from the Foo Fighters comes nine months after they decided to cancel their worldwide tour to mourn the loss and death of their drummer, who was 50 at the time of his death. They also paid tribute to Hawkins, who recorded eight studio albums with the band, as a vital member of Foo Fighters and its evolution.

Taylor Hawkins, one of the most brilliant musicians of a generation and along with Dave Grohl (former member of Nirvana) emblem of the American band, died in Bogotá at the age of 50, hours before the group was to perform at the Estéreo Picnic, as part of of his South American tour. Instead of the expected concert, the stage became a candlelight vigil for Hawkins.

Hawkins, who had previously been a touring drummer for Sass Jordan and Alanis Morissette, as well as the band Sylvia, was voted "best rock drummer" in 2005 by British percussion magazine Rhythm. In 2021 he was inducted into the Rock and Roll Hall of Fame as a member of Foo Fighters.

In a statement following his passing, the band wrote: “The Foo Fighters family is devastated by the tragic and untimely loss of our beloved Taylor Hawkins. His musical spirit and contagious laughter will live with all of us forever."

According to a statement from local health authorities, a call was made to emergency services because Hawkins was suffering from chest pain. When medical attention arrived, he was found dead. A toxicology report showed traces of ten substances in Hawkins's body, including opioids, marijuana and antidepressants.