Fognini and Bedene, separated after a strong argument in the middle of the track

Fabio Fognini has always been a controversial player for his attitude on the court and his statements off it. 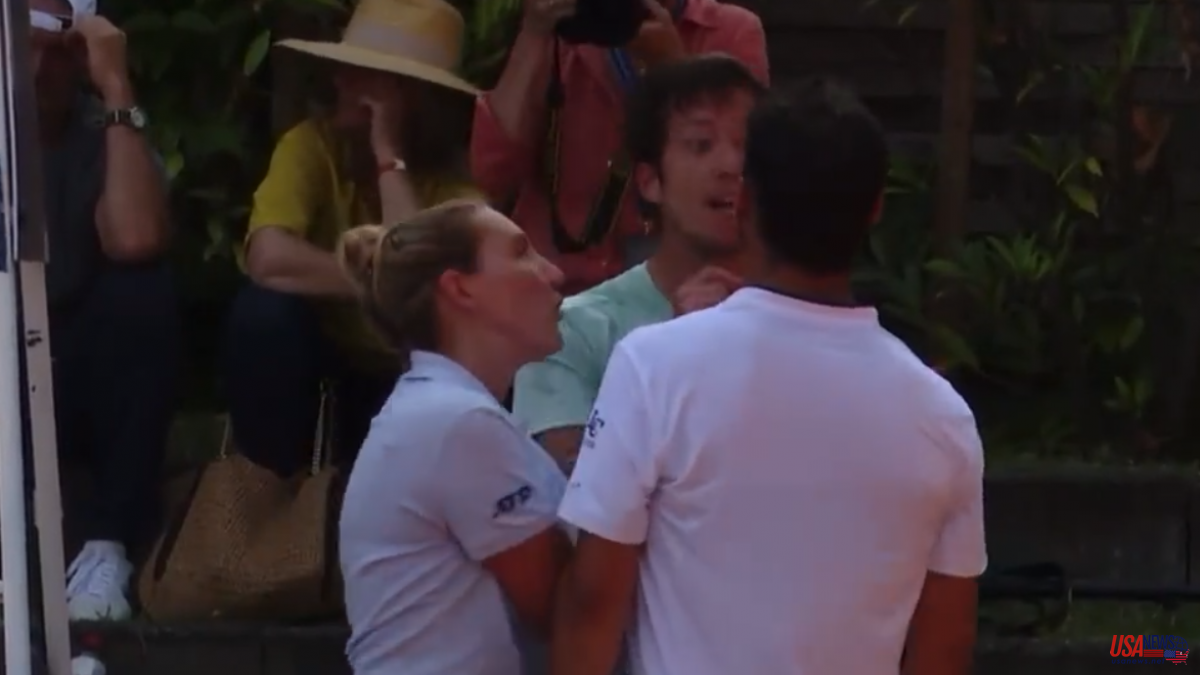 Fabio Fognini has always been a controversial player for his attitude on the court and his statements off it. Recently, during the Wimbledon tournament in which Rafa Nadal beat Taylor Fritz to get into the semifinals despite his physical problems and in which he ended up retiring before meeting Nick Kyrgios, the Italian accused him of lying about his injury. In his last match, against Aljaz Bedene on the clay of Hamburg, he was accused by his rival, this time for an attitude that the Slovenian considered unsportsmanlike.

During the match, Fognini pointed out several balls to the chair umpire as if they had gone out, although he knew they had not. This lack of honesty, often at key moments of the matchup, greatly annoyed Bedene, who ended up being defeated in three demanding sets (6-3, 3-6, 7-6). At the end of the match, when both tennis players went up to the net to greet each other as is customary in sports protocol, they got into a heated discussion after the Slovenian reproached him for unsportsmanlike.

The tone, gestures and rapprochement between number 61 and 285 in the ATP ranking intensified and the chair umpire was forced to abandon her position and mediate to prevent the situation from getting worse. Although they did not come to blows, they did maintain their exchange of views and ostentatious gestures, even staging some actions that occurred in the match. The Italian pointed out the marks that supposedly indicated some of the Slovenian's balls that had gone outside.

What is certain is that Fabio Fognini is already in the quarterfinals in Hamburg. In this round the faces will be seen with Karen Khachanov Russian tennis player who occupies position 26 in the ATP ranking. The winner of this confrontation would be Carlos Alcaraz's rival in the quarterfinals, as long as the Spaniard is capable of eliminating Filip Krajinovic, number 43 in the world.