The 2022 World Cup in Qatar left us the first big surprise of the tournament with the unexpected victory of Saudi Arabia over Argentina 1-2. 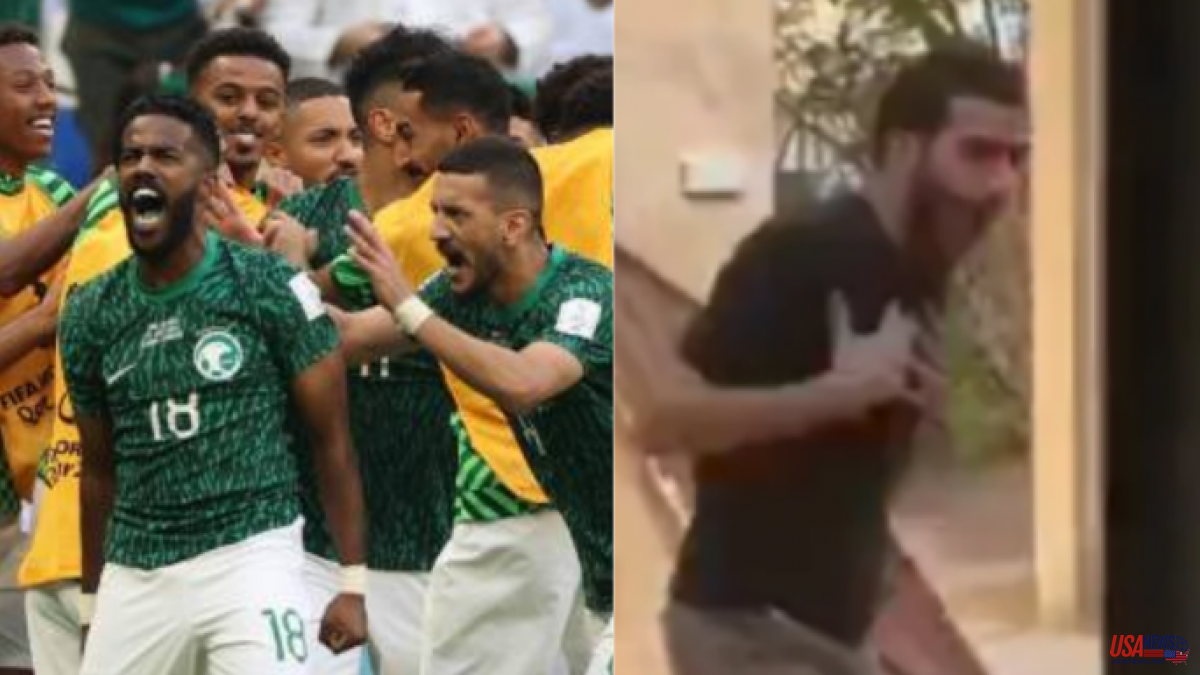 The 2022 World Cup in Qatar left us the first big surprise of the tournament with the unexpected victory of Saudi Arabia over Argentina 1-2. The albiceleste, one of the main candidates for the championship, starred in a historic hit that caused the networks to be filled with memes about the defeat.

Saudi joy. In contrast to the Argentine frustration, we could also see excessive celebrations from the Saudi fans, who celebrated the victory of Hervé Renard's men in style. So much so, that Arabia has declared a national holiday after the triumph.

Flying kicks and the door to the ground. One of the videos that has circulated the most on the networks is that of a group of Saudi Arabian fans going crazy over Salem Al-Dawsari's goal, which gave victory to their team.

In the clip, you can see how several people jump after the second Saudi goal and show their joy by kicking the seats (and even hitting some teammates in the action). However, the most surreal moment is when one of them goes to the door, rips it off and throws it at the entrance of the house.

In numbers. The video was shared by multiple Twitter accounts, including that of the journalist Pablo Lisotto, whose publication has close to half a million views at the time of writing these lines, in addition to garnering more than 5,400 "likes" and more than 1,600 retweets.

Top comments. "I want to party with the one at the door", "A lot of TV but they didn't buy a chair" or "And all this without alcohol. If they were allowed to drink they would leave the English hooligans in beginners", have been some of the comments more applauded by users. There are also those who have noticed the different behavior of one of the members of the group.