Florentino Pérez, the president of Real Madrid, took advantage of his inaugural speech at the club's Assembly of members that was held this Sunday morning in the sports city of Valdebebas to vehemently defend his European Super League project and criticize UEFA and the League: "The European Super League would never be a closed competition. 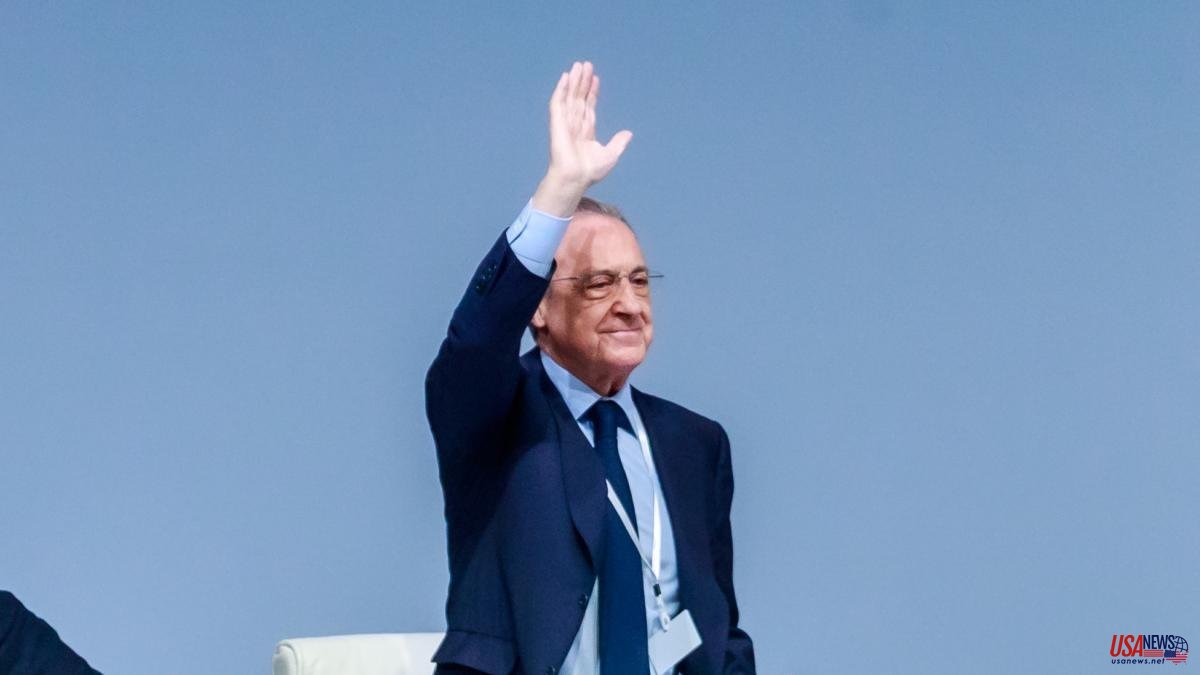 Florentino Pérez, the president of Real Madrid, took advantage of his inaugural speech at the club's Assembly of members that was held this Sunday morning in the sports city of Valdebebas to vehemently defend his European Super League project and criticize UEFA and the League: "The European Super League would never be a closed competition. 25% of its places would be open. We still have to remind the ECA (Al Khelaifi is the president of the ECA) who Real Madrid is," he said while the attendees they chanted "We are the kings of Europe, we are the kings of Europe".

Florentino Pérez's words were directed at Al Khelaifi, the president of PSG, who once said that Madrid did not like competition. "Competition is in Real Madrid's DNA," Pérez replied.

Florentino Pérez recalled that the European Super League project is paralyzed while waiting for the European court of justice in Luxembourg to rule (it must do so this fall) and insisted that the idea defended by UEFA does not address the problem: " To solve a problem, you have to recognize that it exists. Only then can solutions be sought. Our beloved sport is sick, losing leadership. Young people are less and less interested and it is a tendency to reverse before it is too late. The new Generations prefer other shows, such as online platforms or video games. They ask for a quality product that football does not give, because current competitions do not attract... until their final phases. With the utmost respect for the national leagues, the major leagues European clubs must offer matches throughout the year; matches that bring young people back.

And he gave an example: "Nadal and Federer have played 59 times in the last fifteen years. Is this boring? However, Madrid and Liverpool have only met nine times in 67 years. And against Chelsea we have only played four times . What is the point of depriving the fans of these matches? With the UEFA rules we would have barely seen Nadal and Federer play three times in all these years."

Florentino Pérez continued with his blow to UEFA: "UEFA has found the solution to go in the opposite direction and wants to increase matches between inconsequential teams. This will only accelerate the decline of European football and its estrangement from young people. The trend It is not debatable. They must be doing something very well in the United States and very badly in old Europe".

And he added: "The audiovisual income of the NFL, where the teams only play eight games at home, have surpassed those of the Champions League and the Europa League. I repeat: they must be doing something very well in the United States and very badly in the old Europe. Football is losing the battle, said the president of Real Madrid.

For Florentino Pérez, "football needs professional, modern and transparent management. Offer a product of quality and interest that restores enthusiasm and passion. We must stop deterioration. That is why we took the step of offering a competition like the Super League. Some They also want the abuses of some clubs with the Financial Fair Play to be accepted normally. Abuses that we all know and do nothing, "he said in another of his attacks now with the point of view in clubs like PSG and Manchester City, financed by oil states of the Persian Gulf.

Next, Florentino Pérez turned his batteries against the League and its president, Javier Tebas: "How can LaLiga successfully celebrate the sale of its product at the same price as four years ago, when we are in a context of inflation? The loss of Subscribers on payment channels have fallen by 40% and the solution is... to raise prices. Make it more expensive for those who stay. They have turned football, which should be something popular, into a luxury product," said Pérez. .

And the president of Real Madrid continued: "The CVC project (which Madrid has resorted to together with FC Barcelona and Athletic Club), in addition to being illegal, mortgages the clubs for 50 years."

Javier Tebas, the president of LaLiga, took very little time to answer Florentino Pérez. Through his personal Twitter account, Tebas wrote that the president of the white team "confuses pears with apples comparing other cultures (NFL) and sports (Federer/Nadal). The data and market analysis of the president of Real Madrid is amazing Florentino Pérez, don't protect us!", he writes in reference to Pérez's phrase in which he said that "the white team has the responsibility of protecting football in front of hundreds of millions of fans".

In his speech, Florentino Pérez acknowledged that Real Madrid had stopped earning more than 400 million euros due to the pandemic (among all the European clubs, the losses have been 7,200 million), but he boasted about the good financial state of the club, which has presented a surplus in the last three years, of almost 13 million.

However, last season revenues were 722 million, 10% more than the previous season, but 100 million below the last season prior to the pandemic, 19-20.

In his speech Florentino Pérez omitted to make the slightest reference to the frustrated signing of Kylian Mbappé (he did not justify Pablo Laso's dismissal either, he only thanked him), but he did remember to fire players like Marcelo (much applauded), Bale (applause with some interspersed whistles) and Isco. There were also some words of remembrance for recently deceased club legends, such as Paco Gento, Pedro Ferrándiz or Manuel Santana, who won Wimbledon wearing the Real Madrid shirt.

The Assembly ratified the appointment of Amancio Amaro as the new honorary president to replace Paco Gento, an item on the agenda approved by 1,458 votes in favor (99.6%), three against and three abstentions.

Lastly, the partners also approved the new wording of article 40 of the Company Bylaws, which regulates the election of the president. Specifically, the text is adapted to the latest update of the Sports Law and includes a new section in which it exhaustively details the procedure for presenting the guarantee that the Board of Directors must present. The statutory amendment went ahead with 1,500 votes in favor (96.7%), 10 against and 41 abstentions.