Flooding in Yellowstone National Park swept away a bridge, and washed out roads 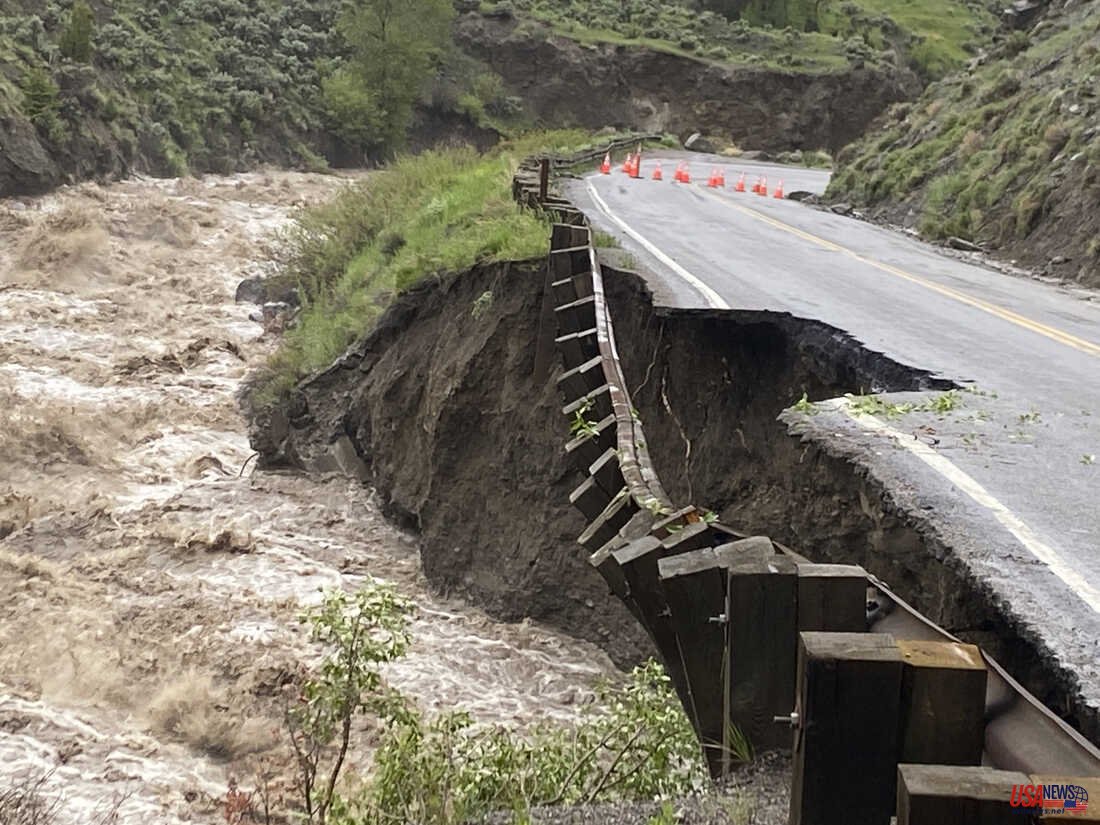 Officials from the park said that flooding occurred after recent "unprecedented" rains.

Superintendent Cam Sholly stated that the evacuation of the park's northern section was the first priority. There are multiple road and bridge problems, mudslides, and other issues.

Officials stated that Gardiner, Mont. was cut off from the rest of the park because of impassible roads. Some areas of the park are without power.

Sholly stated that "Due to higher flood levels in areas in the park's south loop, and concerns with water systems, we will start to move visitors out of the park in the southern loop later today."

He said that officials won't know when the park will reopen until flood waters recede and they can assess the damage.

He stated that it was likely that the northern loop would be closed for a significant amount of time.

Officials said that the park was suffering record flooding.

Scientists don't know enough to prove that one weather event is linked to climate change. However, climate change is responsible in large part for extreme events like floods, storms, and droughts.

Flooding in southern Montana was also caused by recent heavy rains and spring runoff. On Monday, water ran down Red Lodge Streets. According to the Office of Emergency Management, evacuation orders were issued for Carbon County.

While Montana is dealing with flooding, wildfires are burning in the West in hot, dry, and windy conditions.