Fischer vs. Spassky: fifty years of

Two opposing blocks, a war with hundreds of tentacles scattered throughout the planet, a world as changing as it is dangerous. 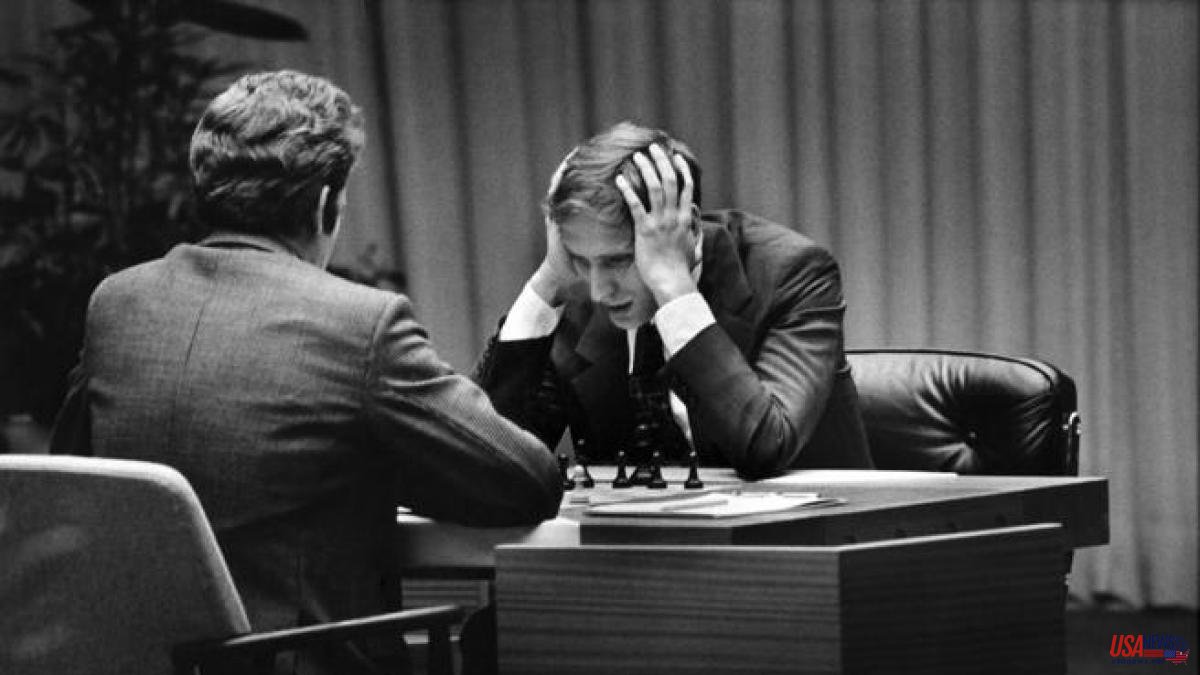 Two opposing blocks, a war with hundreds of tentacles scattered throughout the planet, a world as changing as it is dangerous. The 1970s were the era of guided missiles, the space race, and a Vietnam war that was bleeding America dry. And in the middle of this scenario, two geniuses, one of the best players in history, and a chessboard. The new pulse around the Cold War arose in 1972 with the final of the World Chess Championship in Reykjavík. The threat was tremendous for the Soviets in a discipline they had dominated since 1948. Bobby Fischer, a lanky genius and irreverent, but wayward and full of obsessions. Only him against Boris Spassky and the most powerful chess machine on the planet. The man against the empire. Individualism versus the collective. What happened there would be history.

The player from Brooklyn represented the paradigm of capitalism like no other: a self-taught young man who triumphed because of his talent and put an entire army of Soviet players in check. A self-made genius. A fantastic Hollywood movie. Although the truth is that Fischer was not politically significant at that time and her mother Regina was even investigated by the CIA for her links with communism. In fact, Fischer's probable father was Paul Nemenyi, a Hungarian mathematician.

Boris Spassky, on the other hand, represented the idyllic pattern of the USSR. A young man without resources grown up during the siege of Leningrad (today St. Petersburg) in World War II who, with the support of the state, had reached the top. His style was universal, able to be aggressive and beat Mikhail Tal or defensive and beat Tigran Petrosian. In the match to be champion in 1969 he would defeat the latter by a tight 12.5 to 10.5.

In the United States, chess was not a popular sport, as it was in the USSR, where it was always an important element to show the intellectual superiority of the communist system. The one from Brooklyn learned to play by chance. When he was six years old, his sister was given some games gathered in a candy store, among which was a small board. There he began his obsession, almost always playing against himself. From the age of 12 came the real explosion of him. His IQ was already higher than Albert Einstein's. In 1959, at just 16 years old, he debuted in his first candidates tournament, in which he placed fifth. Three years later, in Curaçao, he was fourth. But soon after he published an article in Sports Illustrated in which he accused the Soviet players of drawing games against each other to prevent him from winning. He returned for the 1967 Interzonal in Sousse, from which he withdrew when he was first, citing a busy schedule. Inexplicable. By then Fischer was already the best (he had won every tournament since December 1962 except two). And in the next candidates he would certify it. He overwhelmed Taimanov and Larsen and defeated Tigran Petrosian 6.5-2.5 in the final. Now yes, Fischer would challenge the champion.

Many cities made substantial offers to host the event. Reykjavík was among the best, but Fischer preferred to play in Belgrade. The negotiations lasted weeks and finally the Viking land was chosen. The American player had already begun a psychological battle that would last the entire duel and that would end up affecting his rival. The match was scheduled for early July, but Fischer refused to travel because he considered that the prize money was insufficient. "From the world's worst chess player to the best player," US Security Adviser Henry Kissinger told him when he called to convince him to get on the plane. He finally did, but because a British businessman, Jim Slater, doubled the amount of the prize, adding $125,000 to the total.

At that time Fischer's ELO rating was 125 points higher than Spassky's. However, that theoretical superiority did not occur in the first game. Fischer made a childish mistake and lost. Upset by the defeat, he set up a new circus criticizing the noise made by television cameras. He demanded his withdrawal, something that did not happen immediately. That's why in the second game he didn't appear. 2-0 for Spassky. The match began to hang by a thread due to the uncompromising and paranoid attitude of the challenger. The recriminations and petitions did not stop. The American even bought a ticket to return to the United States. The situation was redirected thanks to the chivalry of Spassky, who agreed to play in a room without an audience or cameras (there was only one without an operator). In the third game Fischer won. It was the first time in his life that he defeated the champion. There it was Spassky who raised his voice so that the meeting returned to the main stage, although this time without cameras. In game five came Fischer's first chess blow. The entire audience and even Spassky himself ended up congratulating him after an exquisite lesson. The Soviet took several games to recover. He won the eleventh, but by then he was already losing 4-2.

It seemed that Fischer had spent his whole life preparing. He displayed the game that he had already seen, but more improved if possible. Later analyzes described it as ahead of his time by at least a decade, at the height of the perfection and choral quality of Karpov and Kasparov. Spassky never won a game again and in game 21 (best of 24 was played) he ended up resigning over the phone. The American won 12.5 - 8.5 and became his country's first champion since Wilhem Steitniz (1892).

Fischer then decided not to play again, supposedly because of a deep fear of being defeated. He would not defend his title against Karpov. But 20 years later he returned to repeat the final against Spassky in Belgrade, whom he won again. From the United States he had been prohibited from traveling and, as he did, he was never able to return to his country. He ended his days in Iceland, with serious mental problems. Spassky also fell from grace in the USSR, and since he wasn't even a communist, he ended up in exile in France in 1984. The match of the century made them both unforgettable to history and victims forever.