“Andalusians: Welcome to paradise”, said the tweet of the president of the Community of Madrid, Isabel Díaz Ayuso, upon learning of the decision of the Andalusian board of Juan Manuel Moreno Bonilla to eliminate the wealth tax. 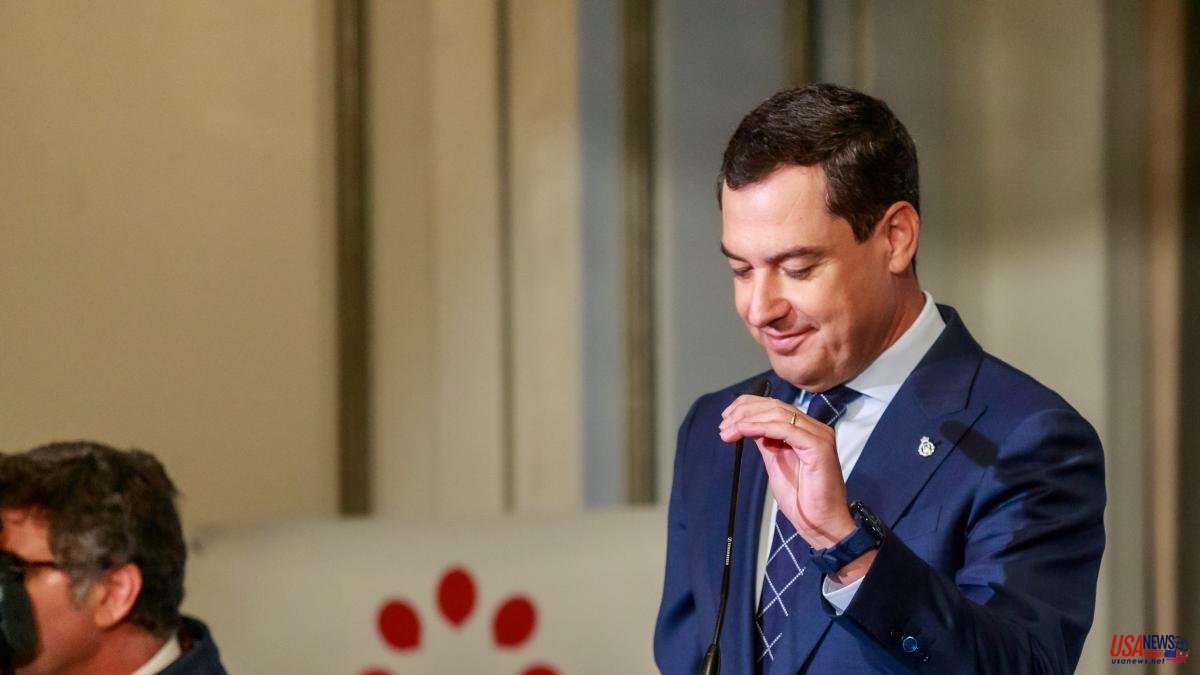 “Andalusians: Welcome to paradise”, said the tweet of the president of the Community of Madrid, Isabel Díaz Ayuso, upon learning of the decision of the Andalusian board of Juan Manuel Moreno Bonilla to eliminate the wealth tax. It could be read backwards: the residents of the rest of the autonomous communities are condemned to fiscal hell. Ayuso knows that what doesn't kill her, makes her bigger and the Andalusian movement reinforces her discourse.

Yesterday, Moreno Bonilla contributed the frankness of which Ayuso is always fairer and made his objective clear: change the economic model of his community? No, not even close. Steal taxpayers from the Generalitat, attract Catalans aggrieved for paying more taxes than their peers from Madrid and from now on Andalusians. A commendable exercise in solidarity with the communities that contribute resources to the solidarity funds that feed Bonilla's budgets.

For the administration of Pere Aragonès, the spiral is diabolical. It loses large taxpayers and in response tightens more on those who remain. It maintains taxes that other communities are suppressing and increases those who continue to pay them. Perhaps, if you start to do the calculation, you discover that the loss of collection that the tax exodus entails -not only in terms of assets, but also of the IRPF associated with this class of taxpayers, the VAT on consumption and other expenses associated with their high purchasing power- exaggeratedly reduce what is obtained by maintaining those taxes or not reducing them.

Fiscal populism, like everything else of its kind, is characterized by a simple and apparently irrefutable answer to complex problems. In the case of taxation, that of financing a welfare state comparable to European democracies, the populist proposal is always the same, in all circumstances and in the face of any challenge or problem: the general lowering of taxes.

Solution that, from the outset, seems difficult after the chain of chained crises that the world has experienced: the financial crisis of 2008, that of the pandemic, that of the supply chains, with its consequent price increases, and now that of the war and the next recession. The immediate future is not in the form of a paradise with fewer taxes than in the past.

In the case of Spanish populism, this simplistic electoral practice generates paradoxes that are difficult to digest. What will the richest autonomous community, Madrid, and the practically poorest, Andalusia (only the Canary Islands remain below) have in common from now on? Well, the lowest taxation in the country. Identical response for two clearly disparate situations. Is the same recipe valid for the poorest and for the richest?

It is to be assumed that in both cases the respective presidents, Ayuso and Bonilla, count on the benefits of capital status and the generous financing of investments by the central administration to sustain their policies, in the first case and the transfer of funds from the regional financing, in the second. No community like Madrid maintains its economic engine at full capacity thanks to that privileged relationship with the State. None receives as many solidarity funds from the rest of the communities as Andalusia.

Both governments have ruled out using that money that seems surplus to them to improve their public services, perhaps they are already amply endowed. Nor have they renounced transfers from the State or from the autonomous financing mechanism. It is also certain that they will ask for more money when a new model is negotiated again, if such a day finally arrives, despite the fact that their behavior would seem to indicate that they do not need it. It is a new form of fiscal irresponsibility with a pagan who is not invited to the party: the rest of the communities and in a prominent place, Catalonia, which remains at the opposite pole, the highest, of this downward fiscal scale.