First doubts of the season at Real Madrid

Real Madrid made their first clean slate of the season by not getting past the draw (1-1) this Sunday at the Bernabeu against Osasuna. 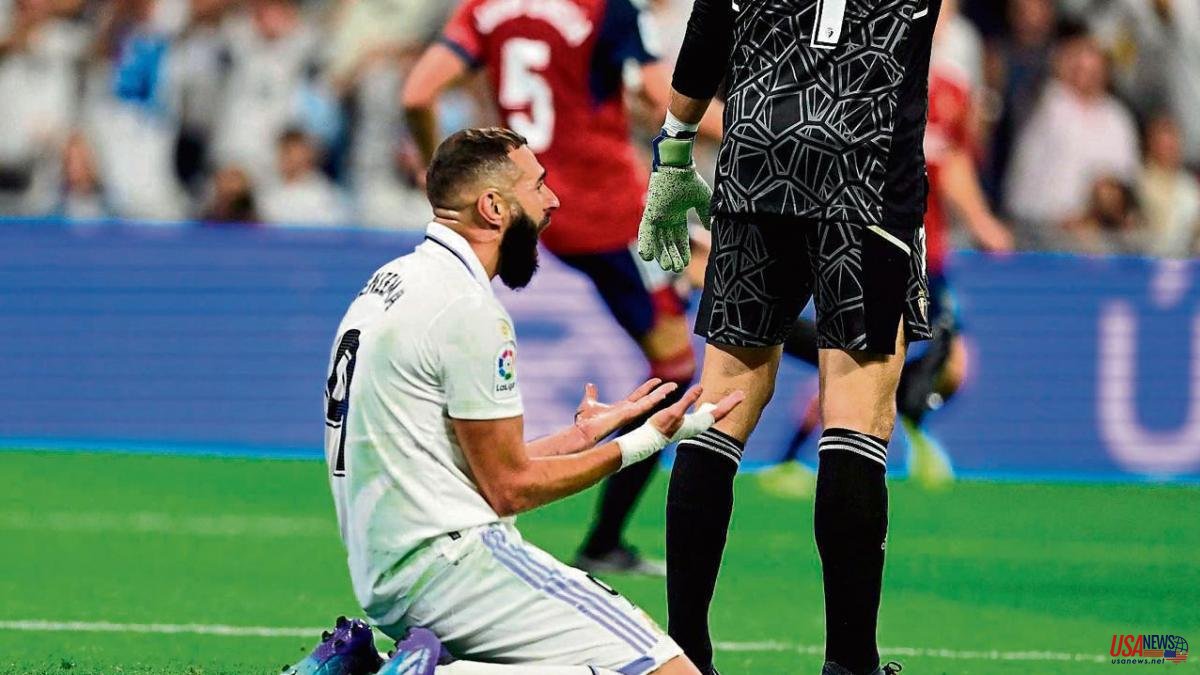 Real Madrid made their first clean slate of the season by not getting past the draw (1-1) this Sunday at the Bernabeu against Osasuna. The tie breaks a streak of nine wins in a row and leads to the loss of the leadership two days before the visit of Barcelona. Everything went wrong for the Whites on a night that left several players in the spotlight, most notably Dani Ceballos, Tchouaméni and Lunin.

Possibly the biggest disappointment for the club has been the performance of Dani Ceballos, a player Ancelotti considered himself indebted to for having given him few minutes and, according to the Italian, deserved more. The utrerano had the difficult mission of replacing Luka Modric and his performance was very poor, without any weight in the game. At all times he was nervous and out of place and the coach replaced him at game time with Fede Valverde.

It didn't go well for Tchouméni either, who possibly completed his worst game in Madrid. The Frenchman was very inaccurate and at the beginning of the game he made two serious mistakes, two turnovers in the risk zone, which could have been serious for his team. He corrected himself somewhat as the minutes went by, but he was not the effective player of other afternoons, with great physical display and attacking presence. Ancelotti also replaced him at game time for Camavinga, who did not improve his compatriot's performance either. He was not the troublemaker of other afternoons.

Another who missed his chance was the Ukrainian Andryi Lunin, who played due to Courtois's last-minute indisposition. Lunin did not take advantage of his great size in the outings and ate Osasuna's only dangerous shot, a backwards header from Kike García that caught the goalkeeper too far ahead. He didn't make any big mistakes but he didn't give much less the sense of security that the Belgian goalkeeper conveys.

The white club also commented today that Ancelotti was also not very lucky to remove Fede Valverde from ownership, along with Vinícius, the most fit footballer in the team. The Uruguayan came from the concentration with his team and the Italian coach wanted to rest him. But reality prevails. Today there is a Madrid with Valverde and another without him, much worse. But the critics are there. Against a team as physical and tactically ordered as Osasuna, it was possibly not the best day to rest Valverde.

The night did not reveal a good Karim Benzema, but it was logical because the Frenchman reappeared after being injured on September 7 against Celtic in Glasgow. The striker tried until the end, but he lacked spark. However, he caused a penalty that he himself sent to the crosshead. He was surely worried about having to deal with Sergio Herrera, who had already saved two penalties in the last game at Sadar.

The night also sent another message, not because it was disturbing, less known to Madrid fans. Not even in moments of greatest need for goalscoring will Ancelotti pull much on Mariano, the supposed only nine in the squad behind Benzema. With 1-1 on the scoreboard, the Catalan striker came out to play in minute 86, replacing Carvajal. Four minutes plus another five added in which twice he was about to finish off a cross into the area.