The Ministry of Labor has announced this morning a fine of almost 79 million euros to the company Glovo for operating with fleets of autonomous delivery men in Barcelona and Valencia. 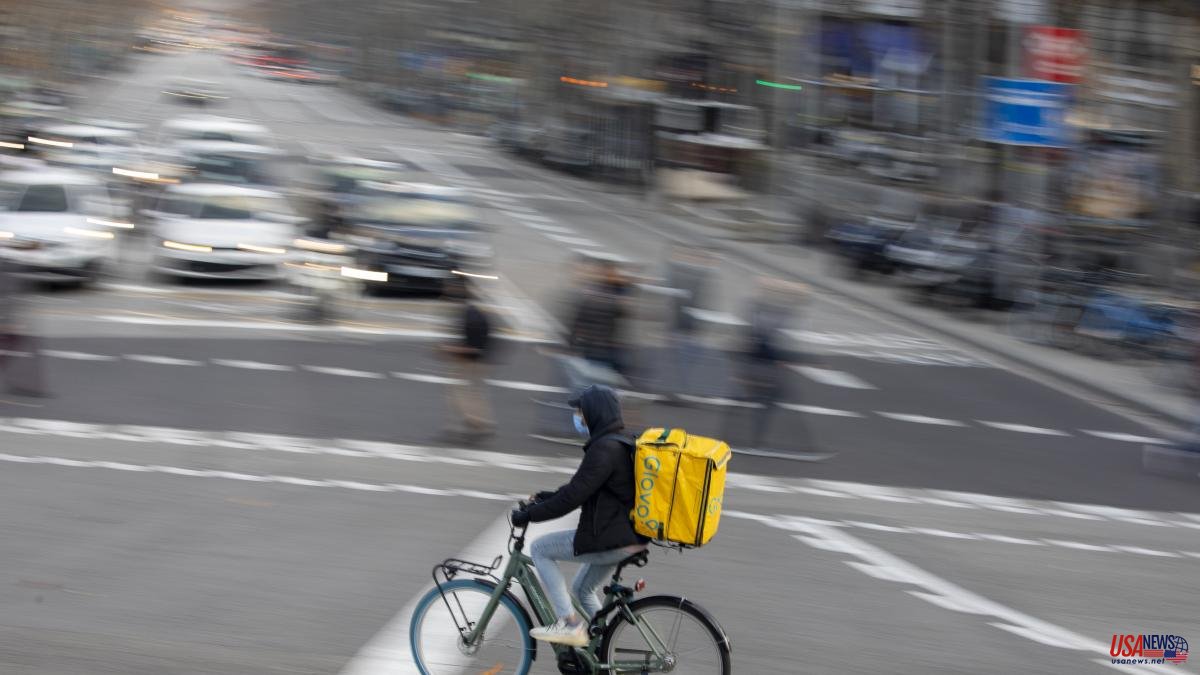 The Ministry of Labor has announced this morning a fine of almost 79 million euros to the company Glovo for operating with fleets of autonomous delivery men in Barcelona and Valencia. The infractions respond to the platform's distribution model between May 2018 and August 2021, when the Rider Law had not yet entered into force (which requires the messengers to be hired as employees). However, the Inspection -as well as the jurisprudence of the Supreme Court- considers that the company failed to comply with Spanish labor regulations and therefore, now imposes these sanctions.

As the SER chain has advanced and sources from the Labor Inspection have confirmed to this newspaper, the company operated 10,000 false self-employed, about 8,300 in Barcelona and about 2,200 in Valencia.

The sanction, the largest announced to date, comes after years of investigation that have served the Inspection to prove that Glovo is not a mere intermediary in the contracting of services between businesses and delivery people, but a company that provides delivery and courier services by setting the essential conditions for the provision of said service. For this reason, consider between the company and the distributors the notes of dependency and alienation typical of the employment relationship concur.

The fine of almost 79 million euros is the result of adding the sanctions in Barcelona and Valencia. In the Catalan capital, Glovo must pay 39 million euros for not having registered with the General Social Security Scheme and another 24.1 million euros related to a liquidation certificate due to the lack of contributions of these workers.

In Valencia, the infringement certificates for not having registered the messengers with Social Security add up to 10.7 million euros and the liquidation certificates amount to 5.05 million euros. In addition, a penalty for obstruction of the inspection work has been imposed amounting to 2,500 euros.

With this macroaction, Glovo adds fines amounting to 126.6 million euros so far this year. The Catalan company, which at the end of the year was acquired by the German multinational Delivery Hero, makes no statement in this regard. On previous occasions, he has appealed the fines before the courts.

The Minister of Labor, Yolanda Díaz, declared this morning in Congress that Glovo "violates" the labor rights of its workers and "obstructs" the work of the Labor Inspectorate, something that she has described as "very serious" in a State social and democratic rule of law, in which companies "have to comply with the law". The vice president has warned that "we are facing a real action of false self-employed and the weight of the law will fall on this company, as it has already fallen with the Inspection".

Last year, the Government approved the rider law to reverse this situation and ensure that the distributors of the platforms were salaried workers and not false self-employed. The phenomenon went beyond Glovo: its rivals Uber Eats, Deliveroo (which left Spain last year) or Stuart also operated with fleets of freelancers.

Despite the entry into force of the law, Glovo and Uber Eats continue to operate with freelancers although they have slightly modified their system, giving the delivery person more flexibility when setting prices. Just Eat, the other great delivery platform, is nourished by the distribution in charge of the restaurants, although it also has its own small fleet of salaried delivery men and another of subcontractors.

At the moment, the Labor Inspectorate has only imposed fines related to the distribution model prior to the law. It remains to be seen if it acts in the same direction with the model after this regulation.