FINA prohibits Anita Álvarez from competing, the fainted swimmer in the pool

Anita Álvarez will never dive into a pool at the Budapest World Cups again. 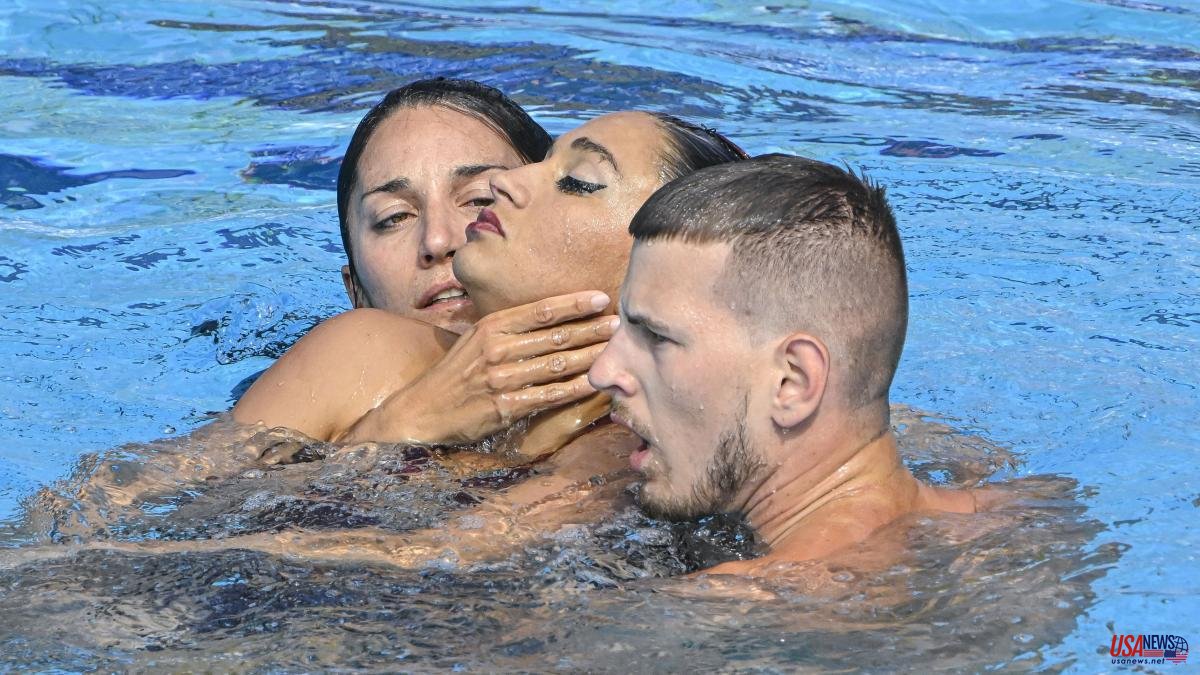 Anita Álvarez will never dive into a pool at the Budapest World Cups again. The International Swimming Federation (FINA) has decided this Friday to exclude the American swimmer from the final of the artistic swimming team free routine and replace her with Yujin Chang shortly before the start of the event, as confirmed by the United States team.

The decision about the presence or not of the swimmer, who fainted at the end of the free solo final last Wednesday, seemed to be made between Álvarez and the medical staff of the national team. However, FINA told them this morning that they could not enter her for the afternoon event.

Bela Merkely, head of the World Cup medical services, spoke before the Hungarian media regarding the possibility that Anita Álvarez would not compete again. "There are different types of athletes, some tolerate well that the amount of oxygen and carbon dioxide varies in this way. But there are those who are more sensitive. She is one of them. This sport is probably not for her."

About the two-time Olympian, USA Artistic Swimming assured Thursday that she felt much better. The same was pointed out by her coach Andrea Fuentes, who rescued her from the bottom of the pool in some images that went around the world, praising the act of the Spanish. "I didn't think, I just threw myself to look for her."

The American team was eighth in the preliminary round on Wednesday in the morning session, also with Anita Álvarez in their formation. The swimmer of Mexican origin disputed the solo final in the afternoon and was seventh; At the end of her exercise, which she completed normally, it was her when she suffered the incident.

Regarding the absence of its swimmer, the American Federation has issued a statement on its social networks thanking the fans for their support. "We are so grateful that Anita is healthy. She is a tremendous competitor and we couldn't be more proud of her. It's unfortunate that she doesn't get a chance to compete in the final, but she will be back in the pool in the near future and will inspire us all." one more time.

Álvarez had to undergo a complete exam on Friday morning, explained a representative of the International Federation (FINA), who said he did not know the result of this exam. This is not the first time the swimmer has fainted in competition. She had already had to be rescued last year during a qualifying tournament for the Olympic Games.