Filed the case against the president of Iberdrola for hiring Villarejo

The judge of the National High Court Manuel García Castellón has agreed to the free dismissal with respect to the president of Iberdrola, Ignacio Sánchez Galán, considering the statute of limitations for the crimes for which he was being investigated for the hiring of former Police Commissioner José Manuel Villarejo. 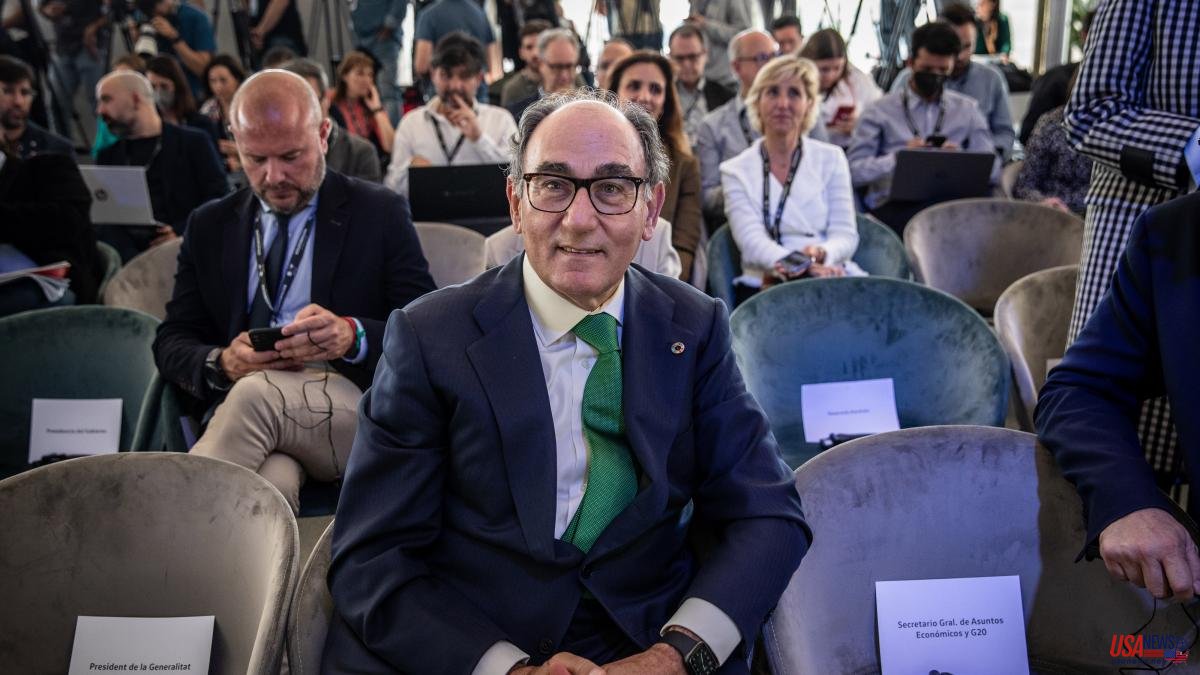 The judge of the National High Court Manuel García Castellón has agreed to the free dismissal with respect to the president of Iberdrola, Ignacio Sánchez Galán, considering the statute of limitations for the crimes for which he was being investigated for the hiring of former Police Commissioner José Manuel Villarejo.

In an order, the head of the Central Court of Instruction 6 estimates the request of the defense of Sánchez Galán, until now investigated in this procedure for the crimes of continued active bribery, crime against privacy and continued crime of falsehood in a commercial document committed by particular.

As explained by the magistrate, the imputation of Sánchez Galán is linked to the projects 'Arrow' (from 2004 to 2006) 'Black Board' or 'B-B' (years 2004 and 2005) and the projects 'Gipsy' and 'Posy' (year 2009), when he worked, first as Vice President and CEO of Iberdrola, and then, since 2006, as President of the company. The work, the order exposes, would have been carried out by Villarejo through the Cenyt Group while he was in active service in the National Police Corps.

García Castellón bases the file of the case regarding Sánchez Galán on the order of the Third Section of the Criminal Chamber 266/2022, of June 3, in which the magistrates resolved the appeal of another investigated for bribery crimes active, against privacy and continued falsehood in a commercial document committed by an individual for events that took place until March 2009.

In that order of the Chamber, regarding director Rafael Orbegozo, the magistrates indicated that “it is evident that the only fact attributed to (…) would be prescribed in accordance with arts. 130.6 and 131 and 132.1 of the Criminal Code, since more than ten years have elapsed between March 2009 and June 23, 2021, which is when the procedure is directed against (...) by summoning him to be heard as an investigator ”. Therefore, the Chamber agreed to the prescription as an extinctive circumstance of responsibility and free dismissal.

“The forcefulness of this resolution leaves no room for action for this instructor, who had repeatedly rejected the requests for dismissal and filing made by the investigated Mr. Sánchez Galán, in different resolutions, ”says the judge.

García Castellón indicates that the participation of Sánchez Galán in the facts investigated would comprise a temporary period that would last until the year 2009, for which reason, in view of the literal tenor of the decision of the Third Section referred to "we must verify that more than ten years have elapsed between the date on which the last imputed act was committed and the date of his summons as investigated.”

“It can be concluded according to the transcribed arguments that the crimes charged to José Ignacio Sánchez Galán would be prescribed, so there would be no other option than to declare the presence of this circumstance that extinguishes responsibility, and thereby order the free dismissal”, he concludes. The magistrate.

In the same order and with the same argument, the magistrate also agrees to the dismissal with respect to two other investigated, José Luis San Pedro Guerenabarrena and Juan Carlos Rebollo regarding the crime of bribery, although for the coercion in relation to the complaint of the director Del Olmo, agrees to refer him to a court in Bilbao for not being competent to instruct these facts.

Last May, the Criminal Chamber of the National Court rejected Sánchez Galán's appeal against his accusation for the alleged espionage that the electricity company commissioned Villarejo. The manager had requested the free dismissal due to the prescription of the crimes, which the instructor has now agreed to. Galán was accused of crimes of continued active bribery, against privacy and falsehood in a commercial document committed by an individual.

The Chamber stated that "whether it is related crimes, a continuing crime, different crimes or there is a concurrence between them, it is a transcendent question to determine if the prescription has occurred and that must be elucidated once the investigation is finished or in the oral trial, but not at this time".

In his appeal, the president of Iberdrola also requested that an alleged illegal access to his "private conversations" by Villarejo be investigated, but the Chamber rejected this idea, pointing out that the notes of the commissioner in a personal agenda intervened in a police record It was a private document that only indicated that Galán "participated in a lunch with certain people and the content of the conversations they had, information that can be obtained lawfully in many ways without any circumstantial evidence that it was not so" .